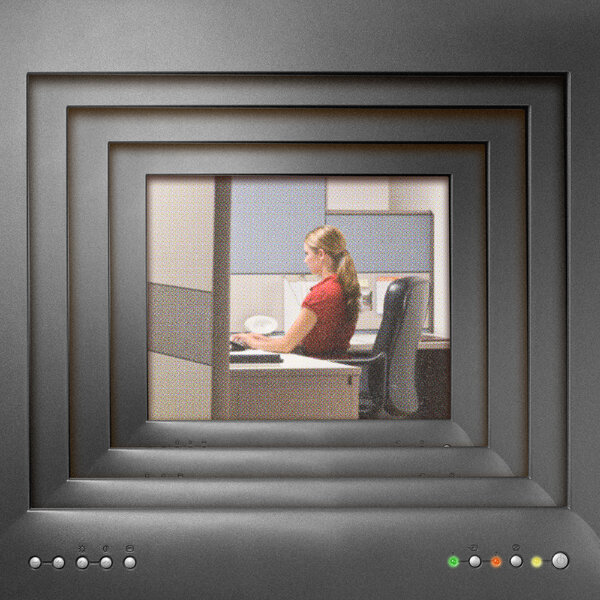 Will robots take away our jobs?

People have been asking that question for an astonishingly long time. The Regency-era British economist David Ricardo added to the third edition of his classic “Principles of Political Economy,” published in 1821, a chapter titled “On Machinery,” in which he tried to show how the technologies of the early Industrial Revolution could, at least initially, hurt workers. Kurt Vonnegut’s 1952 novel “Player Piano” envisaged a near-future America in which automation has eliminated most employment.

At the level of the economy as a whole, the verdict is clear: So far, machines haven’t done away with the need for workers. U.S. workers are almost five times as productive as they were in the early postwar years, but there has been no long-term upward trend in unemployment:

That said, technology can eliminate particular kinds of jobs. In 1948 half a million Americans were employed mining coal; the great bulk of those jobs had disappeared by the early 21st century not because we stopped mining coal — the big decline in coal production, in favor first of natural gas and then of renewable energy, started only around 15 years ago — but because strip mining and mountaintop removal made it possible to extract an increasing amount of coal with many fewer workers:

It’s true that the jobs that disappear in the face of technological progress have generally been replaced by other jobs. But that doesn’t mean that the process has been painless. Individual workers may not find it easy to change jobs, especially if the new jobs are in different places. They may find their skills devalued; in some cases, as with coal, technological change can uproot communities and their way of life.

This kind of dislocation has, as I said, been a feature of modern societies for at least two centuries. But something new may be happening now.

In the past, the jobs replaced by technology tended to involve manual labor. Machines replaced muscles. On the one hand, industrial robots replaced routine assembly-line work. On the other hand, there has been ever-growing demand for knowledge workers, a term coined by the management consultant Peter Drucker in 1959 for people engaged in nonrepetitive problem solving. Many people, myself included, have said that we’re increasingly becoming a knowledge economy.

But what if machines can take over a large chunk of what we have historically thought of as knowledge work?

Last week the research company OpenAI released — to enormous buzz from tech circles — a program called ChatGPT, which can carry out what look like natural-language conversations. You can ask questions or make requests and get responses that are startlingly clear and even seem well-informed. You can also do fun things — one colleague recently asked for and received an analysis of secular stagnation in sonnet form — but let’s stick with things that might be economically useful.

ChatGPT is only the latest example of technology that seems to be able to carry out tasks that not long ago seemed to require the services not just of human beings but of humans with substantial formal education.

For example, machine translation from one language to another used to be a joke; some readers may have heard the apocryphal tale of the Russian-English translation program that took “the spirit was willing, but the flesh was weak” and ended up with “the vodka was good, but the meat was spoiled.” These days, translation programs may not produce great literature, but they’re adequate for many purposes. And the same is true in many fields.

You can argue that what we often call artificial intelligence isn’t really intelligence. Indeed, it may be a long time before machines can be truly creative or offer deep insight. But then, how much of what human beings do is truly creative or deeply insightful? (Indeed, how much of what gets published in academic journals — a field of endeavor I know pretty well — meets those criteria?)

So quite a few knowledge jobs may be eminently replaceable.

What will this mean for the economy?

It is difficult to predict exactly how A.I. will impact the demand for knowledge workers, as it will likely vary, depending on the industry and specific job tasks. However, it is possible that in some cases, A.I. and automation may be able to perform certain knowledge-based tasks more efficiently than humans, potentially reducing the need for some knowledge workers. This could include tasks such as data analysis, research and report writing. However, it is also worth noting that A.I. and automation may also create new job opportunities for knowledge workers, particularly in fields related to A.I. development and implementation.

OK, I didn’t write the paragraph you just read; ChatGPT did, in response to the question “How will A.I. affect the demand for knowledge workers?” The giveaway, to me at least, is that I still refuse to use “impact” as a verb. And it didn’t explicitly lay out exactly why we should, overall, expect no impact on aggregate employment. But it was arguably better than what many humans, including some people who imagine themselves smart, would have written.

In the long run, productivity gains in knowledge industries, like past gains in traditional industries, will make society richer and improve our lives in general (unless Skynet kills us all). But in the long run, we are all dead, and even before that, some of us may find ourselves either unemployed or earning far less than we expected, given our expensive educations.

Ideas are getting harder to find.

Self-driving cars are the technology of the future and always will be.

Is this a brand-new Christmas classic?

Send any friend a story As a subscriber, you have 10 gift articles to give each month. Anyone can read what you share. By Farhad Manjoo Opinion Columnist Source: Read Full Article

In the late summer of 1921, an epic but surprisingly little-known confrontation took place between the forces of labor and capital. The battle unfolded not in one of the great industrial cities but in the rural coal country of southern West Virginia. Miners in the region — angered by life-threatening working conditions, corporate domination of […]

Girl, 5, cried ‘I’ve been good’ as mum slashed her throat because she was ‘evil’

This is another News Portal > World News > Girl, 5, cried ‘I’ve been good’ as mum slashed her throat because she was ‘evil’