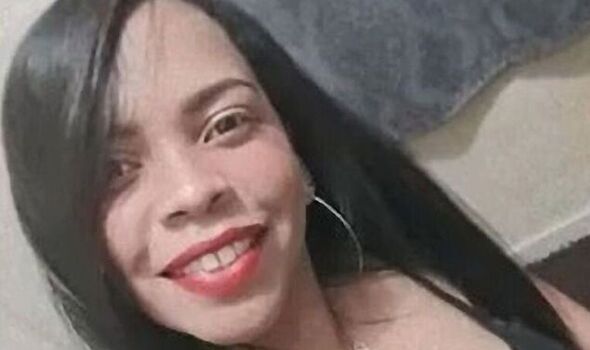 A woman has died in a shocking accident after she fell onto the conveyor belt of an industrial potato chipper. Rafaela Alves dos Santos, 24, was killed by the machine at her workplace in Perdizes, south-eastern Brazil, as it sucked her into its mechanism. Ms dos Santos sustained severe head injuries after the engine mount crushed her.

The machine – which was designed to carry potatoes to become chopped into chips – had switched on automatically.

A worker who saw the incident explained how his colleague was carried to her death on Wednesday, November 16.

Others at the factory in Minas Gerais could not explain why the machine turned on automatically.

Representatives from Bem Brasil Alimentos expressed their regret and said it had launched an inquiry, with an investigation now ongoing.

The company said: “Bem Brasil regrets the death of an employee of a contracted third-party company, which provides services to Bem Brasil in the municipality of Perdizes/MG.

“The incident happened on the night of this Wednesday. Following its policy of work safety, Bem Brasil has already started the process of investigating the cause together with the competent bodies.”

Ms dos Santos was hired via an external firm after moving to Perdizes earlier this year.

She settled in the district with her older sister and two cousins in May as they pursued a better life.

The factory worker had previously trained as a nurse technician and hailed from Santa Luzia do Itanhy.

Her family only learned of her death following reports from local media.

Carla Cristina Dias Alves, her mother, claimed neither Bem Brasil Alimentos nor the intermediary firm had communicated news of the accident.

She told local news organisation G1 that her daughter was a “self-assured” woman with whom she was close.

She added: “Rafaela was my darling. My other daughters were jealous, because we had a very extraordinary connection.

“She was an affectionate, self-assured girl who loved to dress up, buy shoes, clothes, perfume.

“Every morning she texted me, ‘Good morning, my love.’ Today I didn’t get her good morning.”

DUBAI (Reuters) – United Arab Emirates carrier flydubai swung to a profit of 198.2 million dirham ($54 million) last year, helped by a compensation agreement with Boeing over the worldwide 737 MAX grounding. The Dubai state-owned airline is one of the world’s biggest MAX customers, though only operated around 14 of the jets when they […]

By Jan Wolfe (Reuters) – U.S. Senate Majority Leader Mitch McConnell has said he has enough support from his fellow Republicans to begin the impeachment trial of President Donald Trump even though lawmakers have yet to agree whether to call witnesses. The framework supported by Republican senators, which McConnell has described as a “phase one” […]

LISBON (Reuters) – Portugal’s net borrowing needs this year are expected to total nearly 9.5 billion euros ($10.62 billion), the state debt agency IGCP said on Monday, putting gross government bond issuance at 16.7 billion euros. The bond issuance will be carried out via a combination of syndicated operations and monthly auctions, it added. ($1 […]