Russian conscript in Belgorod region says men are in 'protest'

Hundreds of thousands of Russian conscripts have fled the country since Vladimir Putin’s “partial mobilisation” order to avoid being sent to war as “cannon fodder”. Draftees reportedly said their escape was a matter of survival amid the successful Ukrainian counter attacks on all fronts in eastern and southern Ukraine. In another blow to Putin’s efforts to counter the offensives, reports and videos have emerged, showing Russian draftees rebelling against the Kremlin over the lack of resources and the poor living conditions on the battlefield.

Kovrizhyn Artem Alekseevich, a conscript from the 1st Taman division, 1st tank battalion, 3rd tank squadron and his 500-men regiment are refusing to take up arms.

Speaking from Russia’s Belgorod region, he said: “There are 400 of us standing here.

“We are not planning to go anywhere – let them go to hell!

“State, we are waiting for your help – if we can rely on you, of course.” 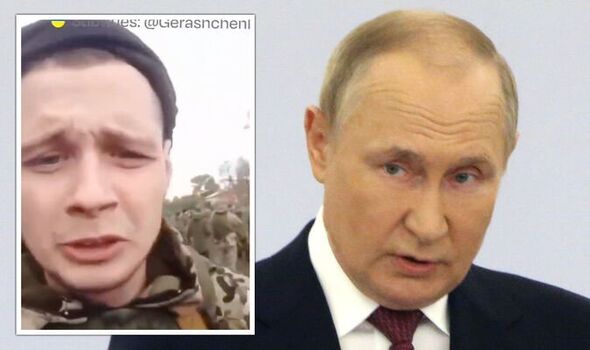 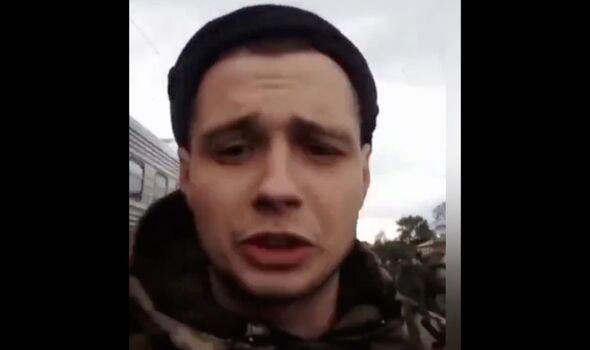 “We are protesting, we are striking and refusing to go anywhere.”

The conscript went on to describe the difficult living conditions they have lived under.

“Without signing any document, we received machine guns. They also weren’t registered in our military ID. The military ID has no stamps inside.

“We are not officially registered in any way. As for the salary, the bank accounts, the bank cards are not activated.” 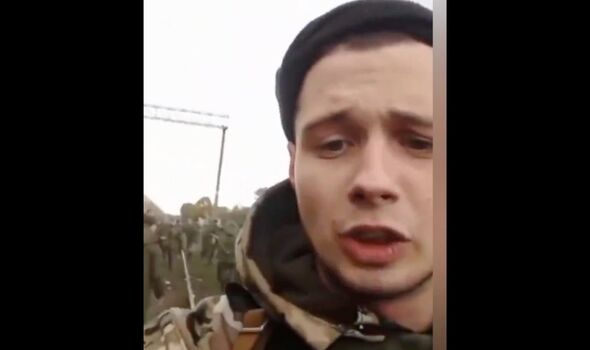 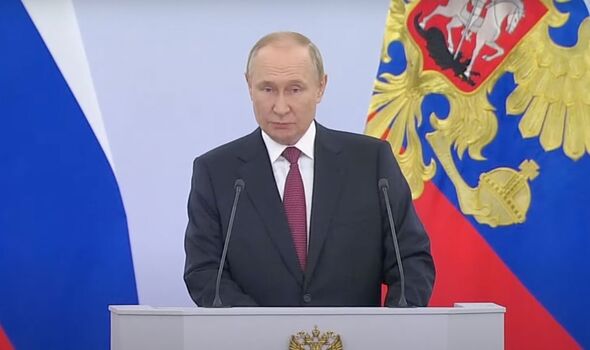 “They scattered us out in the woods. For six days, we’ve been living in the trenches we dug.

“They don’t give us tents – we live in dugouts,” the draftee said.

Despite evidence of the Russian exodus, the Kremlin has denied reports that 700,000 Russians have fled the country since Moscow announced a “partial mobilisation” aimed at replenishing dwindling troops.

Russia has fulfilled plans for its mobilisation by more than two-thirds, with 200,000 Russian conscripts on their way to the battlefield, according to Russia’s Defence Ministry.

The Ukraine’s Defence Ministry, meanwhile, said more than 2,000 Russian soldiers have called to surrender in the past few weeks. 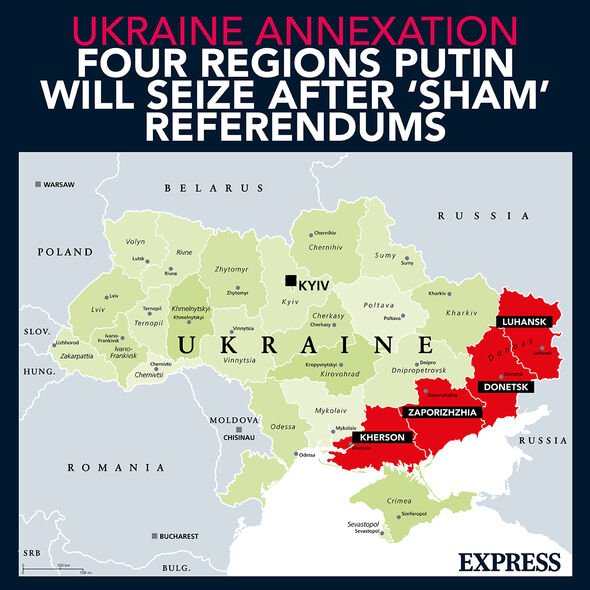 The Russian-installed deputy head of the annexed Kherson province has suggested Putin’s defence minister should consider killing himself due to the shame caused by the defeats in Ukraine.

Kirill Stremousov said in a Telegram video: “Indeed, many say: if they were a defence minister who had allowed such a state of affairs, they could, as officers, have shot themselves. But you know the word ‘officer’ is an incomprehensible word for many.”

Ukrainian forces have mounted a swift counteroffensive in southern and eastern Ukraine, moving closer to the four illegally annexed regions.

In his last televised speech in the Kremlin, Putin threatened to use all of Russia’s means to defend the regions – raising the spectre of a nuclear war.

By Josh Horwitz and Brenda Goh SHANGHAI (Reuters) – A number of Chinese manufacturers including a subsidiary of Apple Inc <AAPL.O> partner Foxconn <2317.TW> have refitted production lines to make masks and medical clothing, as a deadly coronavirus spreads across China. The move highlights how private companies are pitching in to alleviate a nationwide shortage […]

Aurora third-party investigation into Elijah McClain death will be done by a panel.

Aurora leaders were updated Monday night on the city’s ongoing efforts to have an independent third-party investigation of Elijah McClain’s death. City Manager Jim Twombly, speaking to Mayor Mike Coffman and city council members in a study session, said the job is too big for one person and a team will be assembled including both […]