Liz Truss’ premiership could near “the beginning of the end”, GB News Economics Editor Liam Halligan warned, with Conservative MPs submitting no-confidence letters to the 1922 Committee over her economic agenda. The pound sterling hit an all-time low this week against the dollar following Chancellor Kwasi Kwarteng’s mini-budget speech and tax cuts plan. The borrowing-fuelled tax cut spree seems to be dividing the Conservative MPs, as the country is already on brink of a recession.

GB News’ Halligan said: “There is real concern. There’s talks about letters being submitted to Sir Graham Brady challenging Liz Truss’ leadership when she’s barely got her knees under her desk at Downing Street.

“The good news for the Conservatives, particularly Chancellor Kwasi Kwarteng this morning, is that the pound does seem to have stabilised overnight.

“It’s a 1.8 dollar, which is roughly where it was 48 hours ago before we started talking about a sterling crisis.”

However, Mr Halligan warned Liz Truss’ Cabinet could still change course and save the economy. 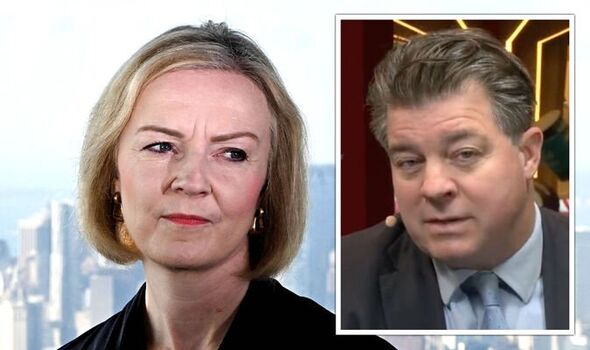 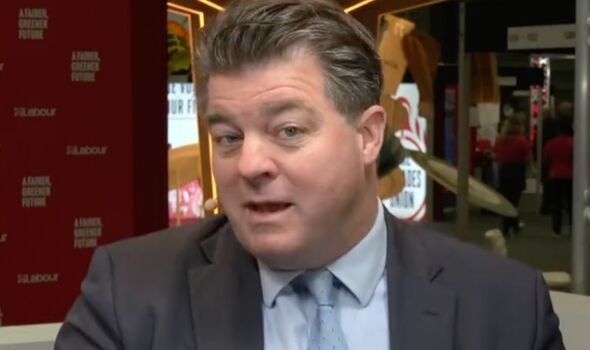 “But that doesn’t mean this is over. It may just be the beginning of the end – it’s a quote from Churchill – given that a lot of people around the world will be looking to see what the government, what the Treasury, what the Bank of England now say.

“They are of course determined to say nothing at all. They don’t want to be seen to be panicking, taking the markets on.

“That 22 November date that you mentioned there for the Chancellor’s next fiscal statement.” 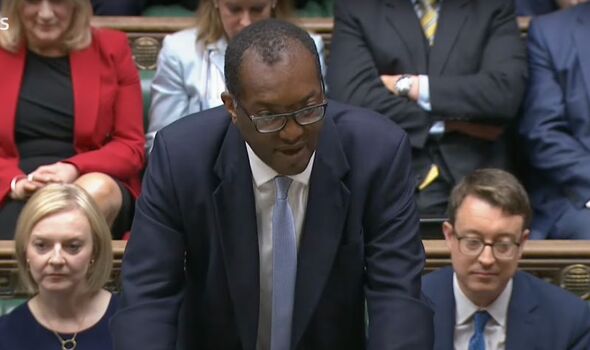 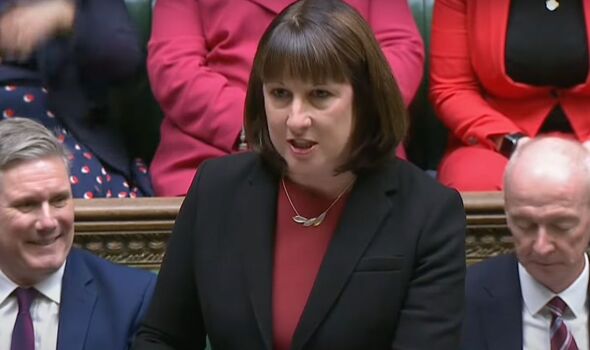 “That was pretty much nailed on anyway. They haven’t really brought it forward.

“And of course, there was no emergency interest rate rise from the Bank of England.

“But we can all see it in front of the newspapers reflected in the actual money markets, where mortgages are provided, interest rates are soaring.

“And that’s going to be a concern for a lot of homeowners this morning.” 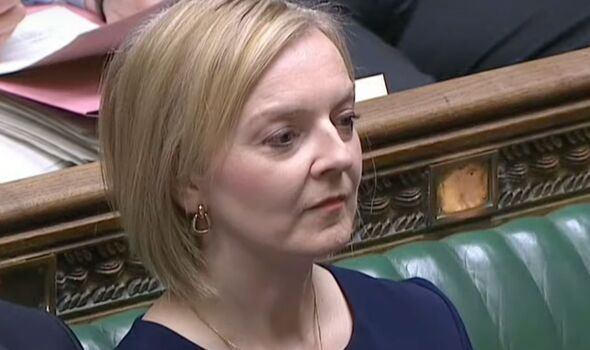 Chancellor Kwarteng unveiled the mini-budget, which economists say will disproportionately benefit the better off, last Friday.

Besides scrapping the 45 percent additional rate income tax band for those earning more than £150,000, the mini-budget will lift the cap on bankers’ bonuses to “reaffirm” UK’s status as a leading financial centre.

But the immediate economic fallout has divided the Conservative Party, with an unknown number of letters of no-confidence on their way to the 1922 Committee.

Labour’s Shadow Chancellor Rachel Reeves, a former economist at the Bank of England, warned Liz Truss’ Cabinet “are gambling with all our money, and it’s reckless and it’s irresponsible as well as being grossly unfair.”

Social care: Coburn grills Alex Chalk on government plans We use your sign-up to provide content in ways you’ve consented to and to improve our understanding of you. This may include adverts from us and 3rd parties based on our understanding. You can unsubscribe at any time. More info Ms Coburn put the Conservative MP […]

Diane Abbott: It’s fairly apparent Starmer had other motives When you subscribe we will use the information you provide to send you these newsletters. Sometimes they’ll include recommendations for other related newsletters or services we offer. Our Privacy Notice explains more about how we use your data, and your rights. You can unsubscribe at any […]

Your Money: Make a big impact with your COVID-19 charity dollars

Vietnam in deals to buy Laos electricity from 2021

Pelosi to discuss worker, patient safety in next coronavirus response bill on Monday

This is another News Portal > World News > Pelosi to discuss worker, patient safety in next coronavirus response bill on Monday