Protesters have been detained by armed officers in the Russian city of Yekaterinburg after activists gathered to oppose Vladimir Putin’s declaration of a partial mobilisation. The Russian President declared 300,000 reserve soldiers would be mobilised to continue the invasion of Ukraine. The announcement marked a pivotal moment in the conflict as the Kremlin has been reluctant to mobilise forces, prefering to maintain the narrative of the “special military operation” in Ukraine being a limited military exercise to bring the country under Moscow’s control.

Video footage from the city of Yekaterinburg in the east of Russia captured protesters being rounded up by state police forces.

The activists, with their arms held tightly behind their backs, were swiftly marched over to waiting buses and loaded on board.

Anti-war groups have urged Russian citizens to take to the street in a string of coordinated demonstrations against Putin’s partial mobilisation decree in cities across the country.

Vesna, a Russian anti-war movement, wrote on Telegram: “The situation is extremely difficult. The war is no longer ‘out there’ – it has come to our country, our homes, for our relatives.” 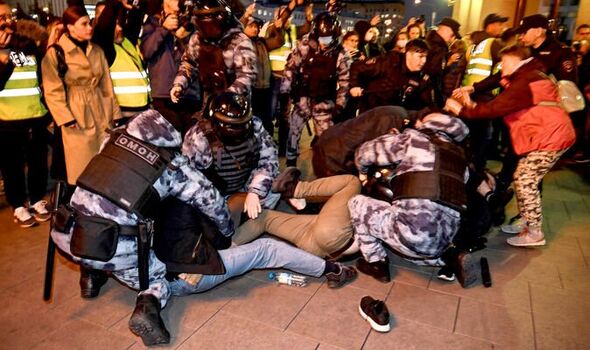 OVD-Info, an independent Russian human rights monitor, confirmed there had been a number of arrests across the country following opposition to the mobilisation decree.

A statement regarding the Yekaterinburg protest read: “At least 38 people were detained at an anti-war rally against mobilisation on Labor Square.”

Further arrests were reported at demonstrations in Chelyabinsk, Izhevsk and Moscow.

In the capital city, a one-man picket close to the Kremlin television broadcast centre resulted in the arrest of protester Valdimir Saltevsky, who has been arrested before for similar activism.

Read more: Russia is recruiting ‘thieves and killers’ from prisons 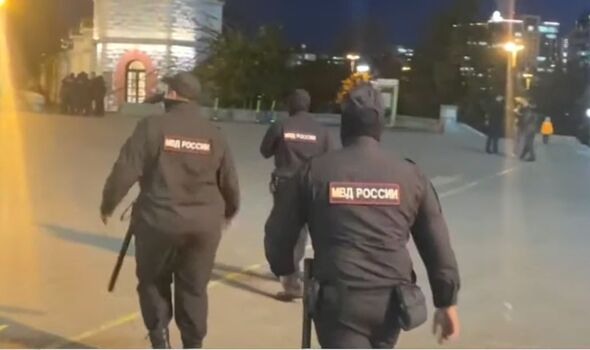 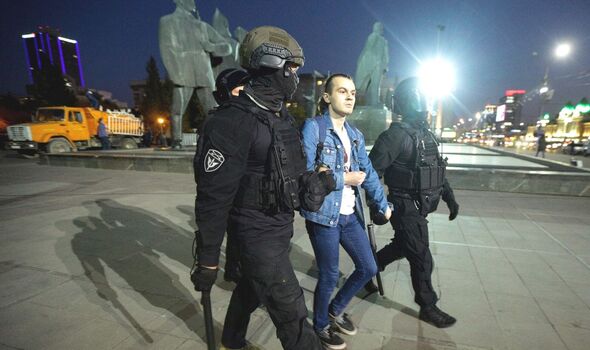 The anti-war group Vesna has condemned Kremlin leaders for the misinformation surrounding Russia’s performance throughout the invasion.

Vesna said: “The authorities used to say only ‘professionals’ were fighting and that they would win. It turned out that they were not winning and prisoners began to be recruited to the front.”

The organisation added: “The deputies and officials who screamed daily about the need for mobilisation will remain in their warm chairs alive and well.

“We believe that they should be mobilised and sent to Ukraine – let them die for their sick fantasies and not send ordinary guys to their deaths.” 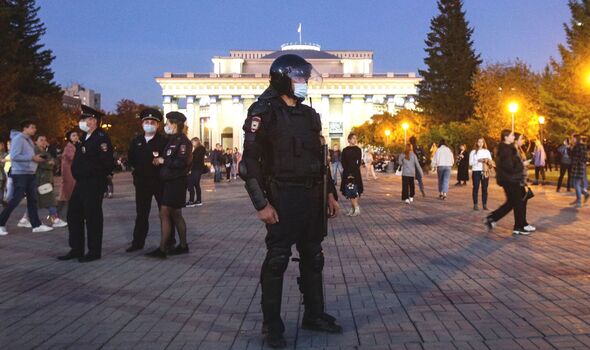 Vladimir Putin announced he had signed the Executive Order on partial mobilisation during a national address on Wednesday. The Kremlin reported the mobilisation would consist of 300,000 reserve soldiers who have previously served in the armed forces and already have military training.

President Putin declared the decision was a direct result of the NATO threat posed against Russia as he accused Western nation of “nuclear blackmail”.

The President added he would use “all the means available” to defend the “territorial integrity” of Russia.

The decree has sparked evident fear among the Russian population as demand for flights out of the country spiked. Roads towards the border have been backed up with miles of traffic as travel routes heave with citizens desperate to flee.

Read next:
‘Putin on back foot – Ukraine crushing Russia’s will to resist’
Russia’s own tanks are now being used against them
West condemns Putin’s ‘sham’ referendum in Ukraine
Putin loses full control of region and navy in Black Sea retreats
Truss comes out swinging against Putin with new defence pledge

Joe Biden mocked by Vine for Vladimir Putin call blunder We use your sign-up to provide content in ways you’ve consented to and to improve our understanding of you. This may include adverts from us and 3rd parties based on our understanding. You can unsubscribe at any time. More info US president Joe Biden was […]

South China Sea: Tensions skyrocket as US ally Japan lashes out at Beijing in violent blow

South China Sea: Chinese Air Force carries out training Japan has heaped pressure on China by claiming it has attempted “to restrict the freedom of overflight” in the area. It referred to a dismissal of Beijing’s claim to the waterway by an international tribunal in The Hague in 2016. Speaking at the time, Chinese president […]

By David Ljunggren OTTAWA (Reuters) – Canada’s economic shutdown will last for weeks more to ensure that measures to fight the coronavirus are working, Prime Minister Justin Trudeau said on Tuesday, while the country’s death toll from the outbreak rose more than 12%. Trudeau also told a daily briefing that he would have more to […]

Singapore GE2020: Facebook takes down Fabrications About the PAP page