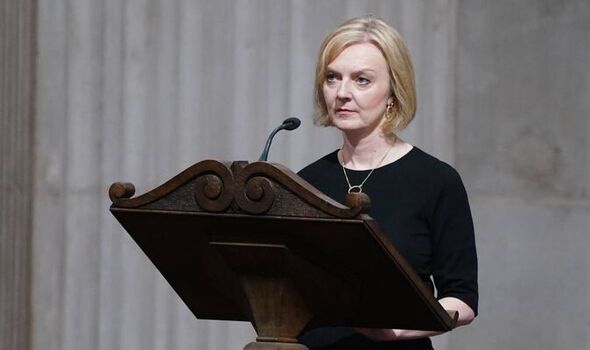 The Prime Minister will drive through a number of key reforms this week after political activities were suspended during the period of national mourning. While the PM is in New York from tomorrow (TUES) meeting world leaders, ministers in the UK will unveil details of the plan to tackle the energy bills crisis and strains in the NHS.

It is expected to reverse the 1.25 percent increase in National Insurance contributions as early as November as well as halt planned rises in corporation taxes.

Ms Truss has put economic growth at the heart of her plans to put the country’s finances back on track.

Up to 12 “full fat freeport” investment zones could be announced in the financial statement, where taxes and red tape are cut to attract investment.

The PM is said to be looking at going further by lowering taxes for people who live or work in the areas, but No 10 insiders played down the reports.

The Government is reportedly looking at the West Midlands, Thames Estuary, Tees Valley, West Yorkshire and Norfolk as potential sites.

She promised a cap on household prices and action to boost domestic supplies, including lifting the ban on fracking and new licences for North Sea oil and gas.

Businesses will be given six months of support but the details have not yet been set out.

Ms Truss said she would “end the UK’s short-termist approach to energy security and supply once and for all”.

She said: “We really welcome the PM’s intervention on the energy crisis. It was quick, it was bold and it was broad.

“We now really need to see the detail, particularly around what level of cap we are going to see for those businesses. Six months is great, it will help us keep the doors open over winter, but what is going to happen after that?”

Ms Haviland said the BCC does not believe that recession is inevitable and can be avoided if the right steps are taken, including bringing up front costs down for businesses.

She said the BCC backs a reversal in National Insurance contributions as a “significant” move to help businesses.

Ms Haviland said the approach taken so far by the government is “very positive”.

Normal activity in Westminster has been put on hold since the late monarch’s death, with business in both Houses halted for the official period of mourning.

MPs are expected to return to the Commons on Wednesday when Business Secretary Jacob Rees-Mogg will set out details of the Government’s plans to help firms through the energy crisis.

Heath Secretary Therese Coffey will lay out plans to see the NHS through the winter months on Thursday.

We use your sign-up to provide content in ways you’ve consented to and to improve our understanding of you. This may include adverts from us and 3rd parties based on our understanding. You can unsubscribe at any time. More info In a Commons statement, the Prime Minister told MPs the summit in Glasgow had “proved […]

Angela Rayner defends her criticism of Boris Johnson We use your sign-up to provide content in ways you’ve consented to and to improve our understanding of you. This may include adverts from us and 3rd parties based on our understanding. You can unsubscribe at any time. More info Labour’s deputy leader wrote to the independent […]

Factbox: Biden vows to pick woman for a running mate. Here are some potential names

This is another News Portal > World News > Japan jobless rate falls in November to 2.2%