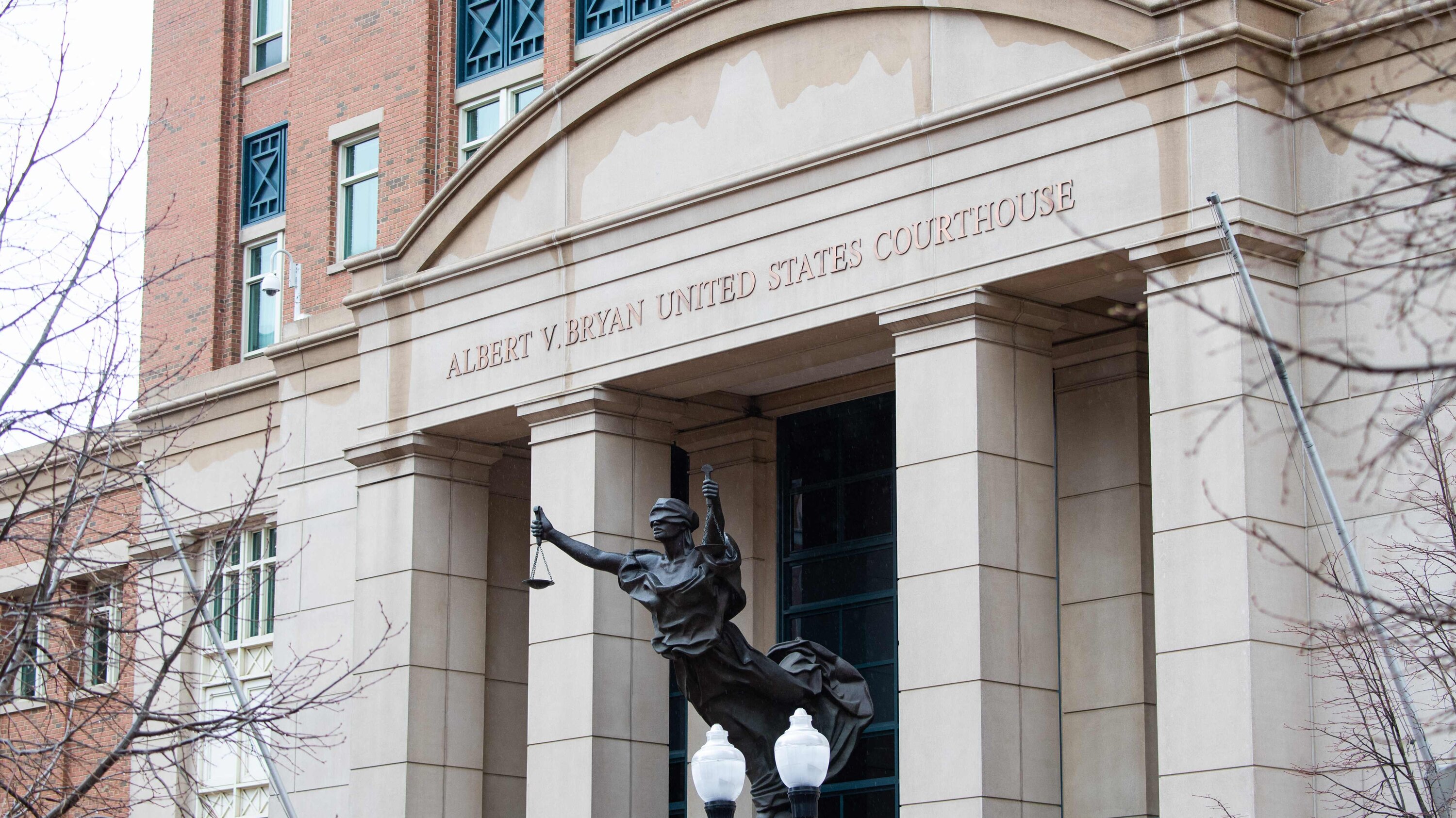 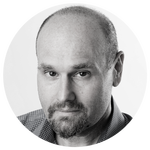 By Glenn Thrush and Adam Goldman

ALEXANDRIA, Va. — A key member of an Islamic State cell known as the Beatles was sentenced to life in prison on Friday for his role in the abduction, abuse and deaths of four Americans in Syria, ending a long and wrenching effort by their families to bring him to justice.

In April, a jury found El Shafee Elsheikh, 34, guilty on four counts of hostage-taking and four counts of conspiracy after a two-week trial. Former captives detailed relentless beatings, sexual abuse, waterboarding and killings by three young Britons, who were nicknamed the Beatles for their accents and their incessant banter.

“It is a hollow victory,” said Diane Foley, Mr. Foley’s mother, who noted the sentence was handed down on the eighth anniversary of her son’s beheading. “Our families have lost our loved ones forever.”

Judge Ellis, commenting on the declining interest in the case over the years, urged reporters covering the hearing, and the country at large, “to not forget what happened here.”

Mr. Elsheikh, who remained polite, relaxed and largely impassive in his court appearances, already knew he would be confined to a life behind bars before the sentencing on Friday. He was slated to serve five life terms under mandatory federal guidelines, but lawyers for the Justice Department had requested a heavier punishment.

Yet on Friday, Mr. Elsheikh seemed more fidgety than usual, apparently discomfited by the stiff, green prison jumpsuit he was wearing; he scratched, at times frenetically, under his collar as he listened to family members and one freed hostage, detail his actions.

“It was stressful,” Carl Mueller, the father of Ms. Mueller, said of sitting only a few yards away from Mr. Elsheikh. “I’ve spent so much time staring at the back of his head. But it’s worth it, knowing he’s getting what he deserved.

Prosecutors viewed every additional year added to his sentence, however symbolic, as vital, given the brutality of the crimes and the desire to send a message to would-be militants. In a graphic 22-page sentencing memo presented to the court, a lead prosecutor in the case, Raj Parekh, argued for the maximum penalty allowed by law, citing the cell’s involvement in many other offenses committed during the Islamic State’s rampage through Syria in 2012 and 2013.

Mr. Parekh, the first assistant U.S. attorney for the Eastern District of Virginia, made that case in court, too, reciting a litany of the horrors visited on the captives — including one instance in which members of the Beatles forced two men to beat each other senseless while they performed a mocking play-by-play.

He conceded that his description, however vivid, did not capture the depth of the captives’ suffering, and concluded with a reference to Dante’s Inferno: “We lack the vocabulary of such pain.”

Mr. Elsheikh, for his part, declined the judge’s offer to speak up in his own defense on Friday.

“I wasn’t surprised,” said Mr. Mueller, after the three-hour hearing ended. “He’s been cold, with no remorse, because I think he still believes he was doing the right thing.”

Mr. Elsheikh immediately appealed the decision. But Judge Ellis quickly rejected that effort, meaning Mr. Elsheikh could be sent to a high-security prison in Florence, Colo.

The families of the victims have worked for years to secure a conviction, pressuring the Justice Department to bring Mr. Elsheikh and an associate, Alexanda Kotey, to justice on American soil. In August 2020, William P. Barr, then the attorney general, agreed to waive the death penalty against the men in exchange for cooperation from British prosecutors.

The families unsuccessfully pressed the Obama administration to negotiate with the Islamic State and pay ransoms for the release of the captives, as other countries did.

Mr. Elsheikh never denied fighting for the Islamic State, but his court-appointed defense lawyers have contended that he was not a member of the Beatles. His supposed involvement in the kidnappings was a result of mistaken identity given that the captors often wore black balaclavas to conceal their identities, they said.

He has not been directly implicated in the killings, but his participation in — and knowledge about — numerous kidnapping, ransom and murder plots was enough to secure a conviction under the law, prosecutors argued.

For years, American investigators suspected that there were a total of four Beatles who participated in the kidnapping and ransom scheme: Mr. Kotey, Mr. Elsheikh, Mohammed Emwazi, also known as Jihadi John, and Aine Davis.

But earlier this year, an F.B.I. agent testified during Mr. Elsheikh’s trial that there were only three main members of the group, casting doubt on Mr. Davis’s involvement in the ransom, torture and killing of the hostages. In 2017, a Turkish court convicted Mr. Davis, who was born in London, of being a member of the Islamic State. He was recently released from a Turkish prison and is likely to be deported back to Britain, where he could face terrorism charges.

Prosecutors in Northern Virginia have secured a handful of high-profile convictions in Islamic State-related cases, including that of Mr. Elsheikh and Mr. Kotey; Mohammed Khalifa, a Saudi-born Canadian, who was part of the Islamic State’s Ministry of Media, which was responsible for publicizing the beheading of Mr. Foley; and Allison Fluke-Ekren, an American woman from Kansas, who commanded a battalion of female fighters for the Islamic State.

Mr. Elsheikh, Mr. Kotey and Mr. Khalifa were sentenced to life in prison. Ms. Fluke-Ekren awaits sentencing after pleading guilty in June to a terrorism charge.

The British extremists repeatedly beat the hostages they kept imprisoned in Raqqa, Syria, which the Islamic State claimed as its capital at the time, according to prosecutors. They subjected their prisoners to abuses such as waterboarding, mock executions, painful stress positions, food deprivation, chokeholds that caused blackouts, electric shocks and beatings that lasted 20 minutes or longer.

One of the hostages was Daniel Rye Ottosen, a photographer from Denmark who grew so close to Mr. Foley he spent weeks memorizing his friend’s farewell letter before being released in June 2014.

On Friday, Mr. Ottosen nervously adjusted the microphone, standing next to the empty jury box in Judge Ellis’s courtroom, one of four witnesses the government called to make the case for a maximum sentence.

Mr. Ottosen, speaking softly as Mr. Elsheikh strained to hear, said that the worst part of his 13 months in captivity was the terrible sense of the unknown, and the long interludes of waiting when he was forced to live with the oppressive silence.

“It was better when they beat us — I could concentrate on my pain — and that’s easier than being with your thoughts,” said Mr. Ottosen, who said that painful pattern had resurfaced in his normal life.

“I don’t think it’s the actual horror that troubles us the most,” he added. “It’s always the silence.”

WASHINGTON (AP) — The suburbs wouldn’t be the suburbs anymore, the economy would sink into its worst depression ever and police departments would cease to exist. Even America’s older adults would be left to figure out how to get by without heat, air conditioning or electricity. This is the apocalyptic version of American life that […]

By COLLIN BINKLEY, SEUNG MIN KIM and CHRIS MEGERIAN WASHINGTON (AP) — More than 40 million Americans could see their student loan debt reduced — and in many cases eliminated — under the long-awaited forgiveness plan President Joe Biden announced Wednesday, a historic but politically divisive move in the run-up to the midterm elections. Fulfilling […]

Blackford shut down: PM hands Scotland ‘significant’ funds ‘something to complain about’

We will use your email address only for sending you newsletters. Please see our Privacy Notice for details of your data protection rights. The SNP has said thousands of jobs could be lost unnecessarily if the Scottish Parliament is denied the financial powers needed to protect Scotland’s economy from the impact of COVID-19. Ian Blackford, leader […]