The sinking of the Moskva was Russia’s most expensive military loss since their invasion of Ukraine in February. Forbes put the loss at an estimated cost of £574million with pictures showing the ship on fire moments before it sank in April.

Ukraine claimed that the ship was brought down by two Neptune missiles at the time, despite the Kremlin’s insistence that the ship sank on stormy seas following a fire caused by exploding ammunition.

The Moskva, the largest surface combatant lost in action since the end of the Second World War, was seen burning internally, as heavy smoke poured out.

And now Putin appears to have sacked the commander in charge at the time, with Chuck Pfarrer, a former SEAL Team Six Squadron Leader, tweeting: “Disciplined after the sinking of the cruiser Moskva and fired after the Saki airfield attack, Putin fired Gen. Igor Osipov (L) as Commander of the RU Black Sea Fleet.

“He’s been replaced by the Superintendent of the RUS. Naval Academy, Vice Admiral Viktor Sokolov (R).” 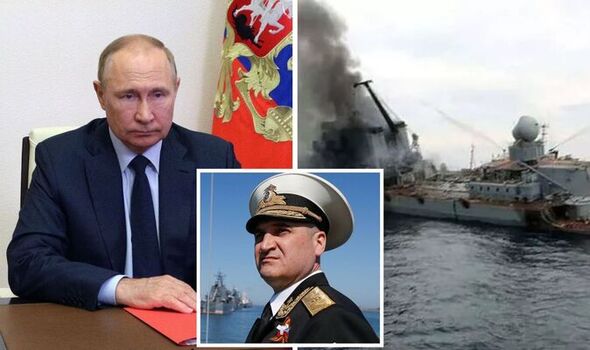 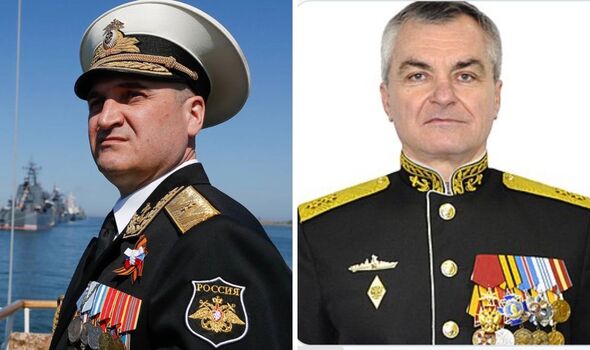 Putin was delivered a blow this week as a series of mystery explosions hit an air base deep behind the frontlines in Ukraine.

The Saki air base in Crimea, deep within Russian-controlled territory, was rocked by a number of large explosions that Moscow denied were the result of a Ukrainian surprise attack.

Footage from the base has emerged showing the scale of the damage left behind by the incident.

But after coyly denying any involvement, a senior Ukrainian official on Wednesday said Kyiv’s special defence forces had carried out a series of strikes on the base located near the Novofedorivka settlement in Crimea. 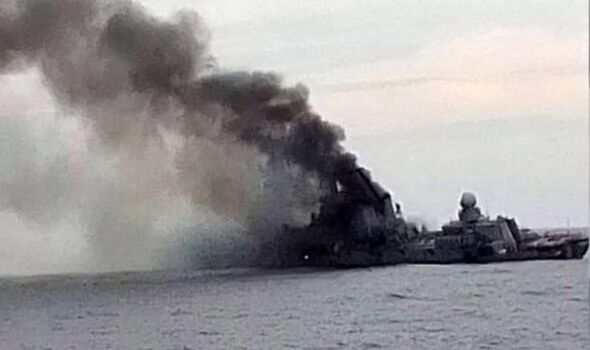 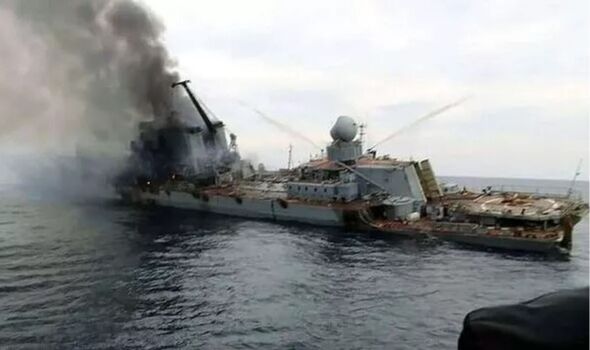 The footage, which appears to have been captured on the airbase, showed the burning wrecks of military equipment.

Widespread damage can be seen on surrounding buildings with little left standing after blasts, which Kyiv has denied any responsibility for.

A senior Ukrainian official suggested a series of explosions at the Russian air base in Crimea could have been the work of partisan saboteurs.

The adviser to President Volodymyr Zelensky also suggested Russian incompetence as a possible cause of Tuesday’s blasts. 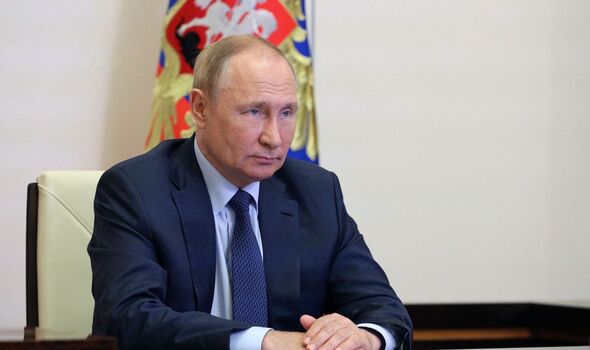 They killed one civilian and injured eight, according to the health department in Russia-annexed Crimea.

Moscow said the explosions, at least 12 according to witnesses, were detonations of stored ammunition, not the result of any attack.

Zelensky did not directly mention the blasts in his daily video address on Tuesday but said it was right that people were focusing on Crimea.

“We will never give it up … the Black Sea region cannot be safe while Crimea is occupied,” he said, repeating his government’s position that Crimea would have to be returned to Ukraine.

No end in sight yet for Amazon shutdown in France

PARIS (Reuters) – Amazon <AMZN.O> has no clarity yet on when its warehouses in France might reopen, the head of its French business said on Thursday, after the e-commerce giant clashed with unions over the measures taken to limit the risks of coronavirus contagion. Amazon closed six French warehouses used to stock and package goods […]

By Leika Kihara TOKYO (Reuters) – Japan’s consumer spending fell in February but at a slower-than-expected pace as households scrambled for protective masks, toilet paper and staple food amid the worsening coronavirus pandemic. But spending on travel and entertainment slumped, government data showed on Tuesday, a sign households were cutting back on non-essential purchases even […]

By Ana Mano SAO PAULO (Reuters) – When Japanese conglomerate Marubeni <8002.T> booked a loss of 3.9 billion yen ($35 million) at its U.S. grain trader Gavilon in November, it blamed adjustments for “inappropriate transactions” with Italy and Spain. While Marubeni didn’t give further details, the issues that led to the loss stretched back years […]