Russia’s invasion of Ukraine has not gone the way many experts feared it would. There remains a deadlock between Kyiv and Moscow’s forces as they battle for crucial ground in the south and east of the country. On Thursday, it was reported that Russia is now struggling to replenish its forces with enough men. Alexei Tabalov, a lawyer who runs the human rights group Conscript’s School, has claimed that there are a lot of Russian soldiers who “want to leave the war zone.” He added that “I personally get the impression that everyone who can is ready to run away”.

The stakes are high for Putin when it comes to Ukraine, as highlighted by comments which came from a former KGB spy.

Jack Barsky once spied on the US for Moscow in the Seventies and Eighties.

During this time, he became familiar with the inner-workings of the Kremlin before switching sides and providing counter-intelligence to Washington.

In an interview with CBS News in March, Mr Barsky warned that Putin could be sending Russia into a similar crisis that the Soviet Union faced when it invaded Afghanistan in 1979.

He said: “Assuming that he can survive this, assuming there isn’t a sort of coup against him — so long term, he’ll be in trouble if this keeps going like this, if more soldiers keep dying.

“He’ll have an Afghanistan on his hands. 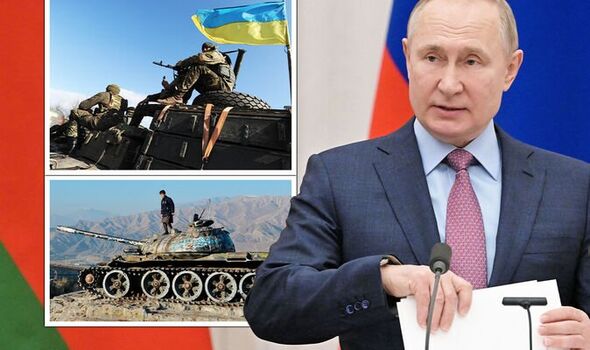 The Soviets invaded the country under the pretext of preserving the Soviet-Afghan Friendship Treaty – signed because Moscow wanted to try and prop up Afghanistan’s unpopular communist rulers.

When they were eventually overthrown, the Soviets invaded the country.

The war has frequently been described as ‘Russia’s Vietnam’.

Polish historian Adam Michnik has also warned that Russia’s invasion of Ukraine could go in a similar direction, and added that this could lead to the downfall of Putin. 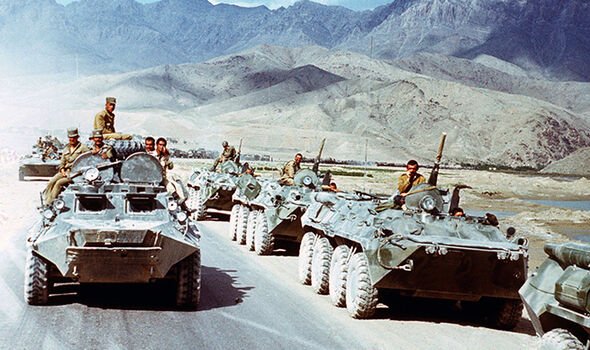 He wrote a column for Polish newspaper Gazeta Wyborcza, claiming that Putin “has driven Russia into a trap” and “will be defeated” in Ukraine.

Mr Michnik added: “In Russia, changes took place after wars were lost — after the Finnish war, the Japanese war, the Afghan war, and now Ukraine.

“I am sure that Ukraine will become for Putin what Afghanistan became for [Leonid] Brezhnev.”

By some measures, Russia’s invasion of Ukraine has already been more damaging than the Soviet-Afghan war.

The US has estimated that as many as 80,000 Russian soldiers have died in the fighting, and it has also been reported that Putin has lost over 100 colonels in the war. 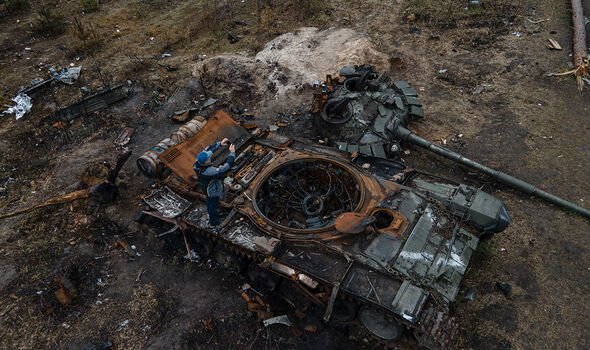 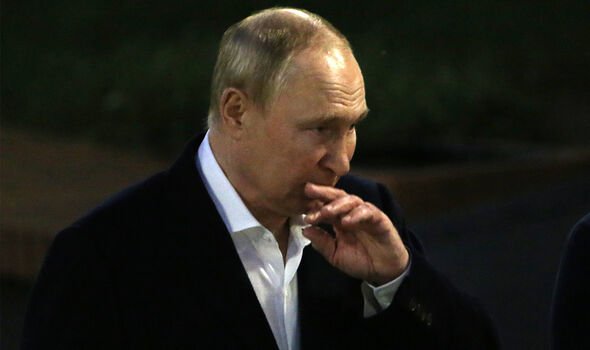 Colin Kahl, third-most senior official at the Pentagon, said last week: “Russia’s overall objective was to overrun the entire country, to engage in regime change in Kyiv, to snuff out Ukraine as an independent sovereign and democratic nation. None of that has happened.”

UK Defence Secretary Ben Wallace has also said this week that Russia is “beginning to fail” in Ukraine.

At a conference in Denmark, he said: “Their invasion has… constantly been remodified to the extent they are really only focusing in parts of the south and in the east, a long, long way away from their three-day so-called special operation.

“President Putin will have gambled that come August, come a few months in, we will have all got bored of the conflict and the international community would have gone off in different directions. Well, today is proof of the opposite.”

Russia 'is clearly in a lot of trouble' says Professor Anthony Glees We use your sign-up to provide content in ways you’ve consented to and to improve our understanding of you. This may include adverts from us and 3rd parties based on our understanding. You can unsubscribe at any time. More info The explosion is […]

Two Welsh rugby teams are looking to repatriate their staff and players as soon as possible after South Africa was added to the travel red list. Cardiff Rugby and Scarlets Rugby had both travelled to the country to play two United Rugby Championship games each. But a new coronavirus variant has been discovered that could […]

Malaysia's Najib guilty of all charges in 1MDB-linked graft case

Mum, 39, ‘had baby with teenage boy she sexually abused at golf course’

This is another News Portal > Politics > ‘Tories must unite!’ Liz Truss best candidate to beat Labour in election, say ministers