Tory leadership: A look and Truss and Sunak’s policies

GB News presenter Mark Dolan has slammed the former Chancellor over his lacklustre campaign and said that his “goose is cooked”. Mr Dolan, previously a supporter of Mr Sunak, urged him to concede to Ms Truss as a “matter of urgency”.

The presenter argues that the economic crisis, which the Bank of England has predicted to get significantly worse, needs to be addressed immediately.

With Mr Sunak trailing far behind Ms Truss in the polls, it’s only right to concede and let the Foreign Secretary take the reigns and address the crisis, according to Mr Dolan.

He said: “Why concede? Well because, whilst he started the campaign, as the underdog, Liz Truss is now out of sight. And why concede NOW? As a matter of urgency? Because, we are in, a national emergency.

“The weather is nice at the moment and the sun may be shining, but there are dark storms brewing. The Bank of England, are predicting a year and a quarter of recession, higher interest rates and inflation at 13 percent. There is no time to lose.” 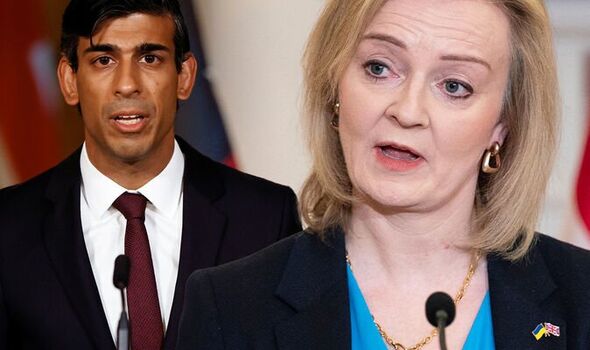 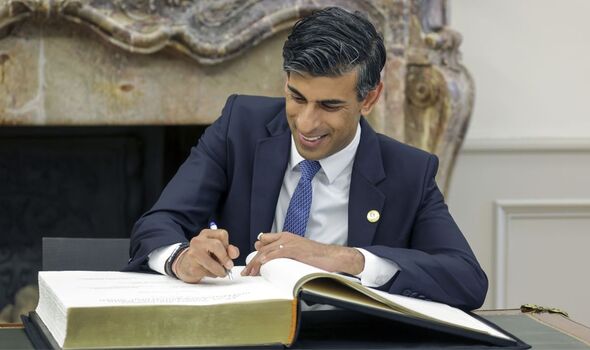 Mr Dolan pointed to a number of reasons why Rishi Sunak’s campaign has been a “catastrophic failure”.

Mr Dolan claimed the former Chancellor was “too out of touch” and that those unsure about the privately educated millionaire likely had their “prejudices confirmed” by his behaviour on the campaign trail.

For example, Mr Sunak wears £3,000 Savile Row suits and even wore £490 Prada shoes to a building site. He interrupted Ms Truss during the debates and has been accused of “mansplaining”.

It didn’t help matters when a 20-year-old video of a young Mr Sunak surfaced in which he claimed he had no “working class” friends.

The contrast with Ms Truss couldn’t have been clearer. The Foreign Secretary has been more “authentic” and, despite some small gaffes and policy “flip flops”, she brings a wealth of cabinet experience in areas where she has delivered, according to Mr Dolan. 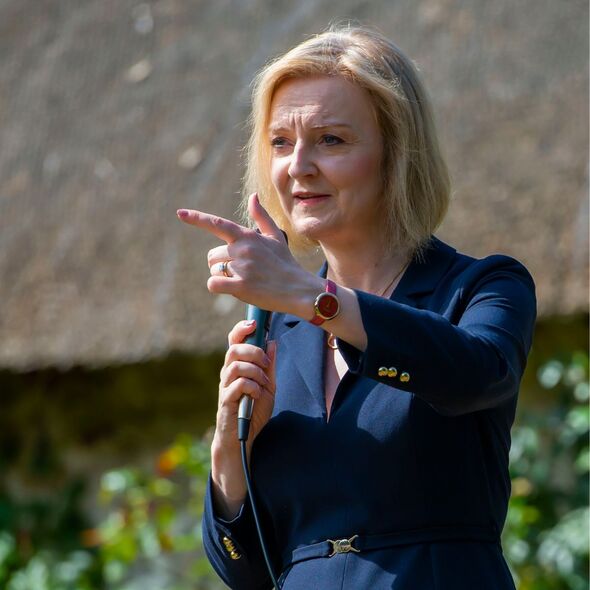 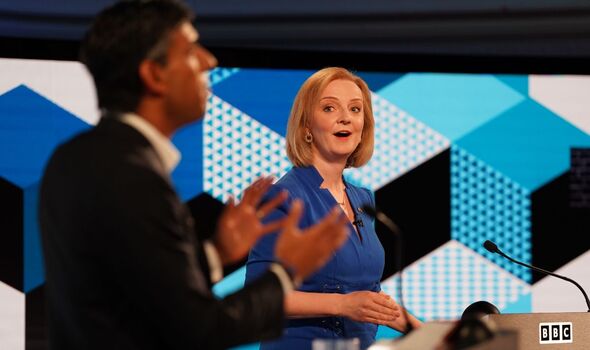 Mr Dolan does admit that he likes the former Chancellor, particularly his standing up to David Cameron in 2015 and backing Brexit. Mr Dolan, who was vehemently against the Covid lockdowns, praised Mr Sunak’s furlough scheme as a “policy triumph”.

However, Mr Sunak has missed his chance to become PM, according to Mr Dolan.

Writing for GB News, he said: “I want Liz Truss installed as prime minister, by the end of this week. By Friday, she needs to be in that bulletproof jag, on her way to the palace, seeking permission from the other Liz – Queen Elizabeth – to form a new administration.”

He added: “Rishi started as dishy, then he was fishy and now he’s wishy-washy. So Mr Sunak, as someone that backed you, I urge you now, to throw in the towel, and concede the leadership, in the national interest.

“In doing so, you’ll go from zero to hero, and history, will judge you kindly. We need a new prime Minister, and we need her now.”

The poll, however, did not focus specifically on the 160,000 Conservative members who will cast their ballots to choose the next PM.

When that survey was extended to all voters, Liz Truss still beat out Mr Sunak by seven percent of the vote.

With the deadline for voting less than a month away, Mr Sunak is running out of time to turn his campaign around and win the leadership race for the nation’s top job.

Boris Johnson: Brexit to fix 'broken' UK economy model We use your sign-up to provide content in ways you’ve consented to and to improve our understanding of you. This may include adverts from us and 3rd parties based on our understanding. You can unsubscribe at any time. More info The cabinet minister told a fringe […]

Cambridges ‘hungry to be seen as authentic choice’ for royal future, says expert