Weather forecasters have predicted more unbearable heat today as the UK’s heatwave enters its hottest day. The Met Office has issued extreme temperature warnings for much of the country, with every corner seeing at least 35C, some places much more. A cluster of areas will see the mercury push past 40C and best countrywide records by nearly 5C.

Where are the hottest places in the UK?

While it is still morning in the UK, and the hottest temperatures are yet to come, millions of Britons are already reckoning with extreme highs.

Meteorologists with OGIMET, using data from the US-based National Oceanic and Atmospheric Administration (NOAA), have found 15 places with the highest temperatures.

Each location has already reported readings above 35C more than an hour before midday. 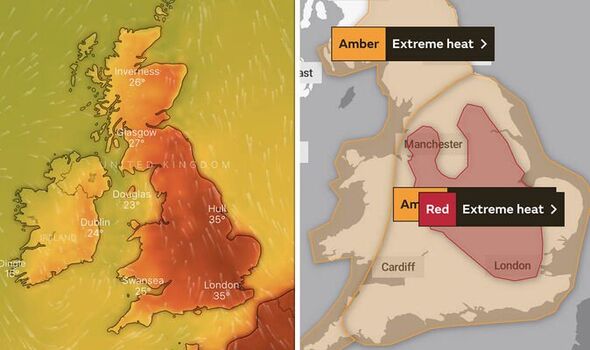 The hottest places in the UK include: 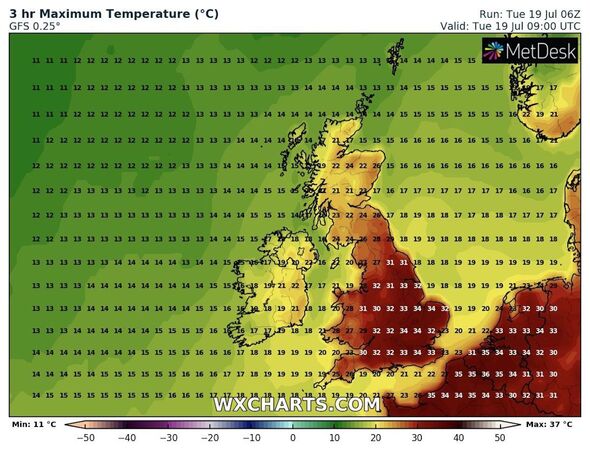 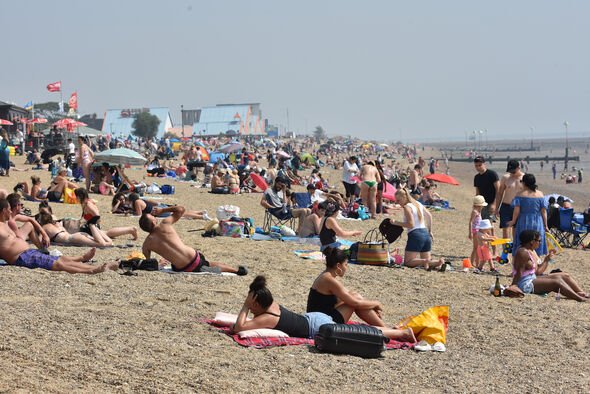 Many of the areas listed above will only get hotter as the day wears on, and forecasters expect the highest temperatures to reach 43C.

Central and eastern England could see those highs later, while most other areas come uncomfortably close.

By the end of the day, the Met Office believes London will hit 40C, Hull 39C and Birmingham 38C.

The agency has released weather warnings and advice for people as the heatwave nears its peak. 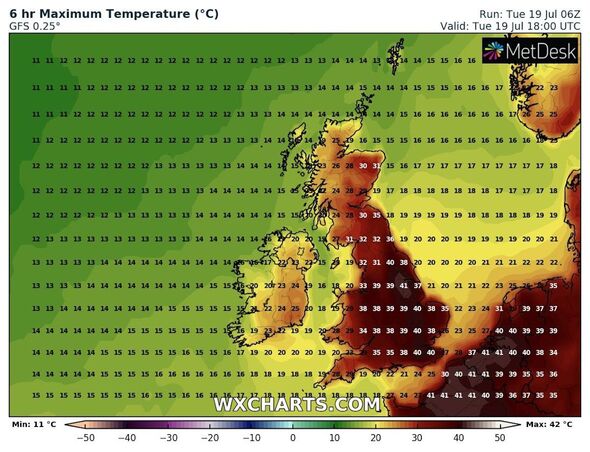 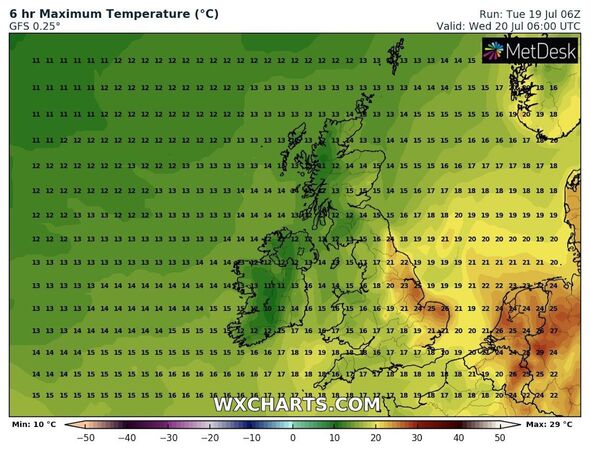 Where are the UK weather warnings?

The Met Office has placed three weather warnings over the UK, two amber and one red, each for extreme heat.

Both amber warnings have warned of “adverse health effects” from the heat since Sunday, July 17, urging people to call 111 if they need non-emergency advice.

They cover all of England and parts of Scotland up to Glasgow and expire tonight at 11.59pm.

Met Office forecasters placed the red warning on Monday, July 18, over a smaller area in England.

They warned people of “exceptional, perhaps record-breaking, temperatures” that could cause “widespread impacts on people and infrastructure” over the following regions:

By Leika Kihara and Tetsushi Kajimoto TOKYO (Reuters) – Japan’s business confidence soured to levels not seen since 2013, a closely watched survey showed, as the coronavirus pandemic hit sectors from hotels to carmakers and pushed the economy closer to recession. The worsening corporate morale underscores the challenge Prime Minister Shinzo Abe faces in ensuring […]

LONDON (Reuters) – Britain is expected to double spending on flood defenses to 5.2 billion pounds ($6.78 billion) when finance minister Rishi Sunak delivers his budget, the Treasury said on Saturday, following extensive flooding across the country this winter. The additional funding – more than a billion more than originally promised by the government – […]