BBC Weather: Temperature 'could get warmer' into next weekend

The BBC Weather forecaster said an area of high pressure will be slowly edging into the UK, bringing in clouds across the north but chasing weekend showers away. Conditions will grow drier and more settled, with hot weather extending across southern England, Devon and Cornwall, as well as Wales. Matt Taylor however noted mercury in Scotland, northern England and Northern Ireland is not expected to hit as high as across southern areas of the UK.

The BBC Weather meteorologist said: “As we start Monday, there’s an area of more persistent rain and gusty winds spreading across the far west of Scotland.

“A few showers dotted around in Scotland, Northern Ireland, maybe the north of England but most of you will spend Monday dry.

“And, again, starting to feel warmer although, in the far north and northwest, a cool breeze will remain in place.

“That’s because it’s coming round an area of low pressure, which will dominate through the week, just slowly pushing its way in.” 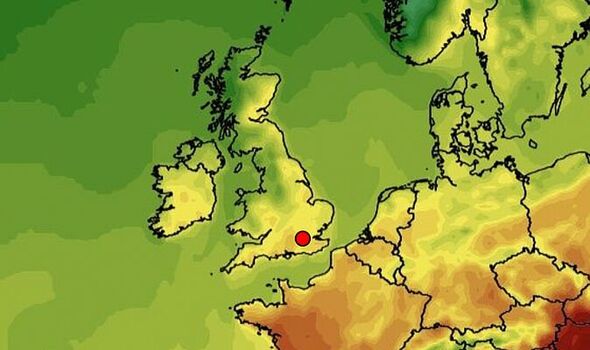 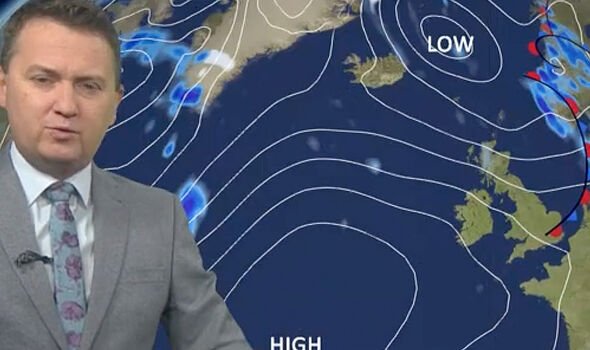 He continued: ” It’s going to be a gradual process and because of its position, we’re going to start to bring in more cloud across parts of Scotland and Northern Ireland.

“That’ll be the case on Tuesday, some outbreaks of light rain or drizzle.

“The odd shower elsewhere across western parts, most will be dry on Tuesday.

“A bit more cloud around than on Monday, the best of the sunshine to the south and the east.” 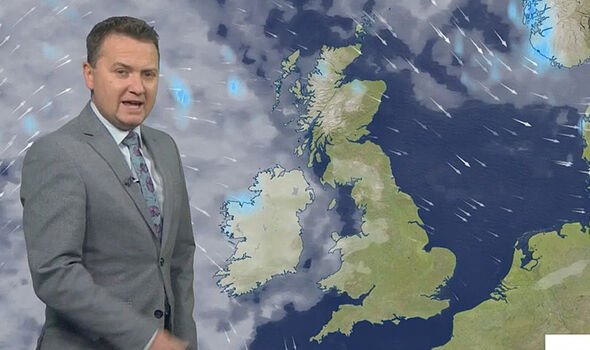 The BBC forecaster added: ” As we go through the week, high pressure continues just to edge its way in slowly, bringing cloud around the northern edge of it so it’s going to be a fairly cloudy week across parts of Scotland, Northern reland.

“Not a particularly cold one, temperatures still around the high teens, maybe low 20s but there could be some drizzle and rain at times, particularly in the north and west.

“The further south you are, again, there will be bigger breaks in the clouds, more sunshine and notice the temperatures.

“In Cardiff and London lifting up into the mid-20s as we head into the second half of the week, could get even warmer into next weekend.” 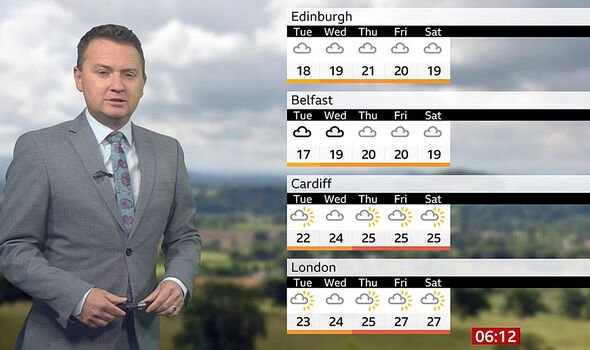 It read: “Tuesday to Thursday will see high pressure from the Azores move closer to the UK.

“This will bring settled conditions to southern and eastern parts of England and it should be little warmer.

“A north-westerly wind will push outbreaks of rain into Northern Ireland and Scotland, and possibly northern areas of England and Wales as well.

“Into the weekend the area of high pressure is expected to move further across the UK resulting in settled and warmer conditions for most.

“Although, the far north-west of the UK may continue to see wetter and cooler conditions.”

By Byron Kaye SYDNEY (Reuters) – An Australian investigator who helped bring criminal cartel charges against Citigroup Inc <C.N> and Deutsche Bank AG <DBKGn.DE> told a court he met agents from another regulator in a cafe to discuss the matter but the talks were “high level” only. Citi, Deutsche, their client Australia and New Zealand […]

Sports teacher, 22, had sex with boy, 17, she flirted with after he hit her car

A high school volleyball coach from Iowa has been charged with four counts of sexual exploitation by a school employee and faces up to 20 years jail time after starting a months-long tryst with a male student who backed into her car with his. In a bizarre meet-cute, Brycelyn Haughey, 22, a volleyball coach for […]

PARIS (Reuters) – Louis Vuitton owner LVMH <LVMH.PA> said on Sunday that its cosmetics unit would manufacture large quantities of hand disinfectant gel to help stave off a nationwide shortage across France as the coronavirus rapidly spreads. “LVMH will use the production lines of its perfume and cosmetic brands … to produce large quantities of […]

Vaccination can be relaxing. Just ask these museum visitors.