Mr DeSantis has played off speculation about a 2024 presidential bid as untrue, but he’s also declined on multiple occasions to rule out a run, even if Mr Trump ultimately decided to launch a comeback campaign.

The Florida Governor has been garnering support from big-time Americans, including podcast host Joe Rogan.

“I think Ron DeSantis would work as a good president. I mean, what he’s done for Florida has been admirable.”

The Florida Governor is making waves across the country, even though neither he nor Mr Trump have declared their intention to run in 2024. 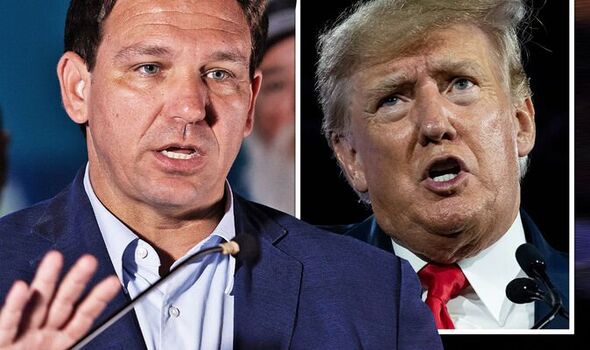 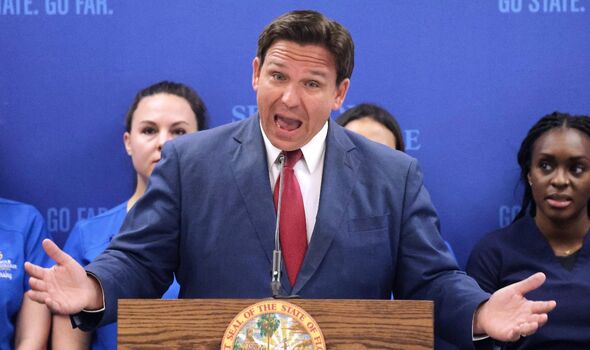 Still, Mr DeSantis is now the favourite to win the 2024 election, according to the latest odds from Smarkets – ahead of current President Joe Biden.

Matthew Shaddick, Smarkets Head of Political Markets said: “The continued rise of Ron DeSantis has now resulted in the Republican becoming favourite to win the 2024 election.

“DeSantis will have to navigate re-election as governor of Florida this year, but Smarkets’ latest odds give him an 89 percent chance of winning again in the Sunshine State.

“Donald Trump’s stock has been on the slide in recent weeks and the January 6 congressional hearings may be having some impact. 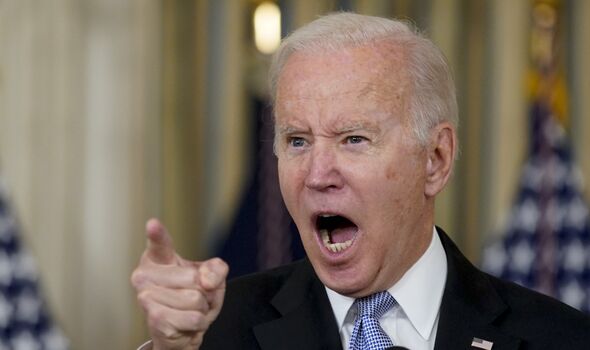 “Whilst the latest prices make him odds-on to run for the White House again, it’s now looking like he may face serious opposition from DeSantis.

“On the Democratic side, President Joe Biden and Vice-President Kamala Harris are both going backwards in bettors’ 2024 estimations.

“One possible challenger could be California governor Gavin Newsom, who has been steadily moving up in the betting market and could soon become the most likely candidate to rival the leading duo.” 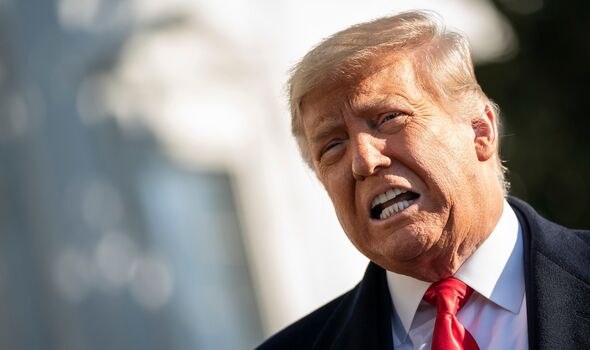 Who is Ron DeSantis?

Ron DeSantis, 43, is an American lawyer and the 46th Governor of Florida, and has been serving since 2019.

A US Navy Lieutenant and former military prosecutor, he studied law at Harvard and Yale, and he was first elected to Congress in 2012.

When running for Governor, Mr DeSantis won with 0.4 percent margin of victory against Tallahassee mayor Andrew Gillum after being recounted.

The Governor is currently running for a second term in Florida, and is popular with Republicans in the state, particularly the white working class.

Mr DeSantis faced heavy criticism throughout the coronavirus pandemic from Democrats, but has become something of a smash hit among his fellow Republicans for keeping businesses open and disregarding the evidence in favour of face masks.

He is known for frequently getting into spats with Democrats and America’s media, and is said to have a complete disregard for press opinion of him.

Considered a Trumpist and Tea Party Conservative, he has gained popularity across America’s older generation and white dominated areas.

BBC meteorologist Susan Powell warned viewers that the heatwave is set to continue across western Europe for Thursday’s weather. Some parts of Spain, France, the low countries and even Scandinavia will be the recipients of the heat. Temperatures are almost 10 degrees above average for the time of year. Ms Powell said: “But things are […]

Hamburg: Police cordon Mummelmannsberg following incident When you subscribe we will use the information you provide to send you these newsletters. Sometimes they’ll include recommendations for other related newsletters or services we offer. Our Privacy Notice explains more about how we use your data, and your rights. You can unsubscribe at any time. A fire […]

By Junko Fujita AIZU WAKAMATSU, Fukushima (Reuters) – The earth in Fukushima still trembled when Yoshihiro Miyamori drove in the dark towards his sake brewery. When he got back after midnight, he found smashed sake bottles and a crack in the wall of the building. It was March 11, 2011. Miyamori was on his way […]

Starbucks’ CEO says 85% of stores in China are open

This is another News Portal > World News > BMW says it sold 2.52 million BMW, Mini and Rolls-Royce vehicles in 2019