The Gfk German consumer confidence survey showed on Tuesday that consumer sentiment in Europe’s largest economy is forecast to slide to a record low next month as the war in Ukraine and supply chain disruptions continue to drive food and energy prices higher.

The index predicted confidence would decline to -27.4 in July from a revised figure of -26.2 in June.

July’s figure is the lowest that has ever been measured by the index since it was created in 1991.

GfK consumer expert Rolf Bürkl said: “The ongoing war in Ukraine and disruptions in supply chains are causing energy and food prices in particular to skyrocket, resulting in a gloomier consumer climate than ever before.”

Mr Bürkl said the increase in the cost of living was having the most prominent impact on consumer sentiment, driving it into a downward spiral.

The report noted: “Consumers continue to see a significant risk of the German economy slipping into recession.”

Income expectations were also showing a continuously rapid descent in June, falling to -33.5 from -23.7 in May.

GfK said this was the lowest value in almost 20 years. 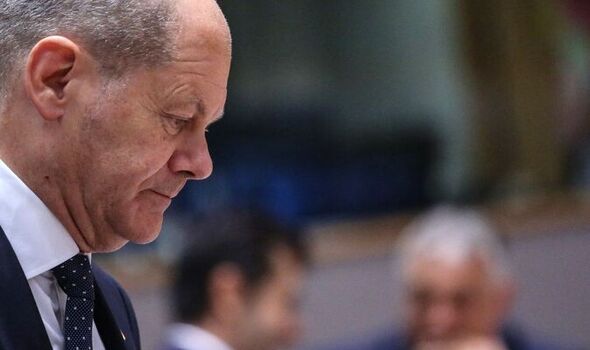 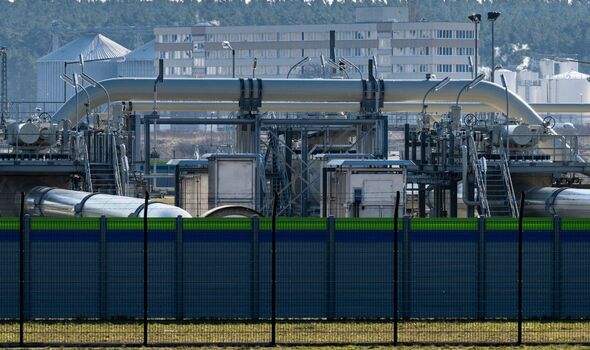 At the same time, he noted, such measures should not push the ailing German economy into a recession.

Elsewhere, the PMI survey for June also released last week showed that the fallout from the war in Ukraine had stopped Germany’s economic recovery from COVID-19 in its tracks.

Phil Smith, an economist at S&P Global which compiles the survey, said Germany’s economic sentiment had “lost virtually all the momentum gained from the easing of virus-related restrictions, with growth in the service sector cooling sharply for the second month in a row in June.”

German business morale also slumped in June amid worries that rising prices and gas shortages will continue to take a toll on the economy for the rest of the year.

Based on a survey of around 9,000 firms, the Ifo business climate index released last week fell to 92.3 points in June from 93.0 points in May amid a gloomy outlook for the remainder of 2022. 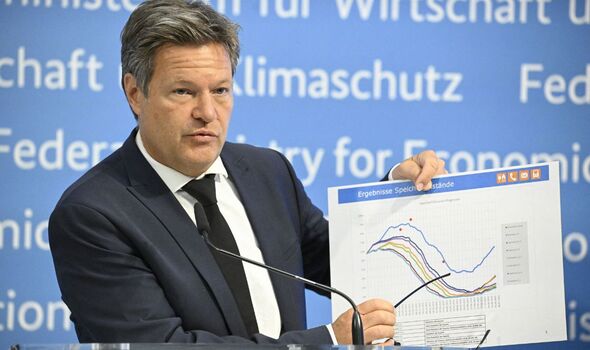 He cited particular stress on the chemical industry, which relies heavily on natural gas supplies from Russia.

Germany is now officially running short of natural gas and is escalating a crisis plan to preserve supplies as Russia cuts off deliveries.

The country has raised its national energy alert in the face of Russia’s “economic attack”, triggering Phase 2 of three of its emergency gas plan last Thursday.

The plan kicks in when the government sees a high risk of long-term supply shortages of gas.

The measure is the latest escalation in a standoff between Europe and Moscow since Russia’s invasion of Ukraine exposed the bloc’s dependence on Russian gas supplies.

Germany’s economy minister Robert Habeck said last week that the country is heading for a gas shortage if Russian gas supplies remain as low as they are now. 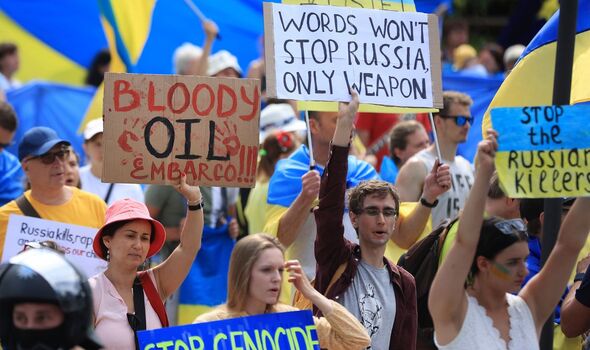 He told Der Spiegel magazine on Friday that certain industries would have to be shut down if there is not enough gas come the winter.

He said: “Companies would have to stop production, lay off their workers, supply chains would collapse, people would go into debt to pay their heating bills, that people would become poorer.”

Mr Habeck said it was part of Russian President Vladimir Putin’s strategy to divide the country.

He called this “the best breeding ground for populism, which is intended to undermine our liberal democracy from within”, adding that Putin’s plans must not be allowed to work out.

Addressing a press conference in Berlin on Thursday, he said: “Gas is from now on in short supply in Germany.

Mr Habeck said he hoped rationing supplies in the industry would not be necessary to get through the coming winter, but it could not be ruled out.

Germany has however stopped short of allowing utilities to pass on soaring energy costs to customers.

Europe’s energy crisis escalated this month as Russia further choked supplies to Germany, Italy and other members of the EU over the conflict in Ukraine.

Russia’s state gas company Gazprom slashed flows through the Nord Stream 1 pipeline to Germany by 60 percent last week, blaming the move on the West’s decision to withhold vital turbines due to sanctions.

Mr Timmermans said: “Russia has weaponized energy, and we have seen further gas disruptions announced in recent days. All this is part of Russia’s strategy to undermine our unity.

“So the risk of full gas disruption is now more real than ever before.”

Moscow has claimed the cuts in Russia gas supplies to Europe were a result of technical issues rather than political reasons, with Kremlin spokesman Dmitry Peskov denying that there is a “hidden agenda.”

NEW YORK (Reuters) – Owning a piece of art is not just for the ultra-wealthy anymore. Masterworks, a two-year-old startup, buys artwork with profit potential then sells shares in it to its customers using its online platform. “Our fundamental belief is that this is a very interesting asset class, which historically has been traded by […]

BBC Weather warning: Hottest sunshine yet across continent with highs of 40C

BBC Weather’s Helen Willetts forecast a heatwave to push across Europe next week as places in Iberia will be 10C to 15C above where they would be for the time of year. The new weather pattern is expected to warmest in summer so far. Meanwhile, there are some red warnings for thunderstorms in southeastern Europe. […]

A woman was filmed being brutally lashed 40 times by the Taliban after being caught "talking to a young man on a phone". The sentence, carried out by the so-called Taliban judges, took place in a public square in Haftgola located near Herat in Afghanistan, some time in late 2020. Footage of the brutal punishment […]

From restaurants to retailers, COVID-19 transformed economies – The Denver Post