Kremlin-affiliated television network Russia One has broadcast a disturbing discussion of how Moscow should treat two imprisoned American soldiers. The two men were captured by Vladimir Puitin’s military forces while fighting alongside defending Ukrainian troops in Kharkiv and have been detained in a Russian-controlled area of the Donbas region since. The television hosts speculated that the pair could be executed for their involvement in the war as a Russian proxy court recently sentenced two British men and one Moroccan man to death for acting as ‘mercenaries’ in the Ukrainian war.

The television pundits also discussed how the Kremlin could use an American basketball player, Brittney Griner, to establish part of a prisoner exchange to free a notorious Russian arms dealer.

Speaking on Rossiya One, host Aleksey Zhuravlyov said: “As expected, Americans are the dumbest ones, their mercenaries are just like their President.”

He referenced pictures of the captured soldiers as he added: “Here they are, Huynh and Drueke, those two weirdos.

“I could care less what happens to them.

“They should either be liquidated or exchanged for Bout.” 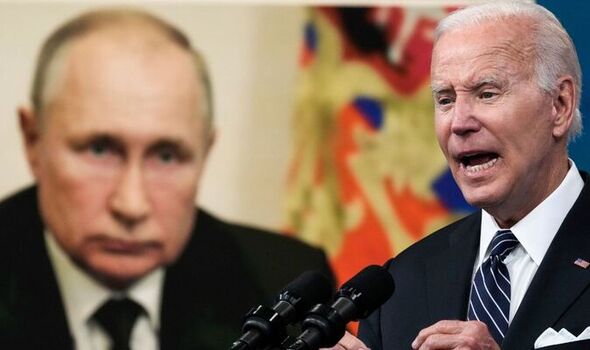 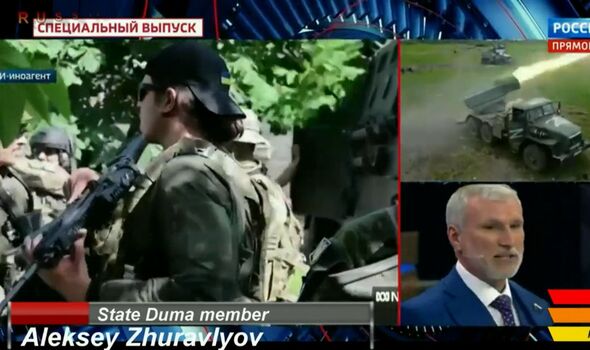 He continued: “We need our citizens out of America, thank God, we have such opportunities.”

Another host, Olga Skabeyeva, added: “We also have an American basketball player caught with drugs so we have somewhat of an exchange fund.”

Zhuravlyov replied: “Of course, we have an exchange fund.

“This is what happens to those who come here.” 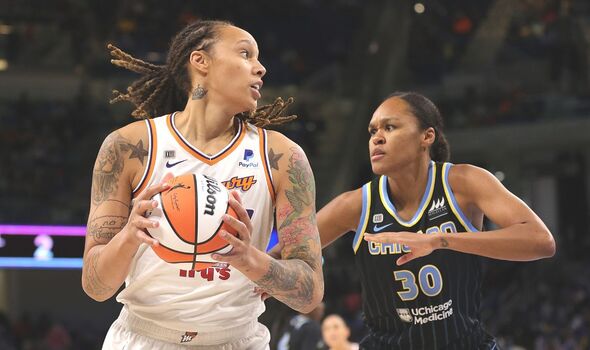 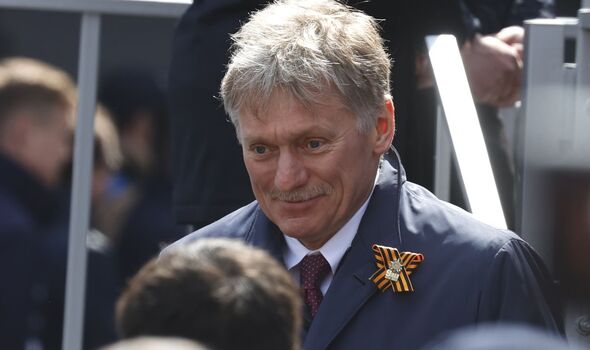 The pundits outlined how the Kremlin was planning to strategically release certain international prisoners held in Russia as part of tactical exchange deals.

The two American soldiers, Alexander Drueke and Andy Huynh, have been held in a detention centre in the Kremlin-controlled region of the Donetsk People’s republic and labelled as foreign “mercenaries” by Russian media.

Kremlin spokesman Dmitry Peskov said the men were not protected by the rights of the Geneva Convention as he described them as “soldiers of fortune” that should not have been involved in the conflict.

He added: “They should be held responsible for those crimes that they have committed.” 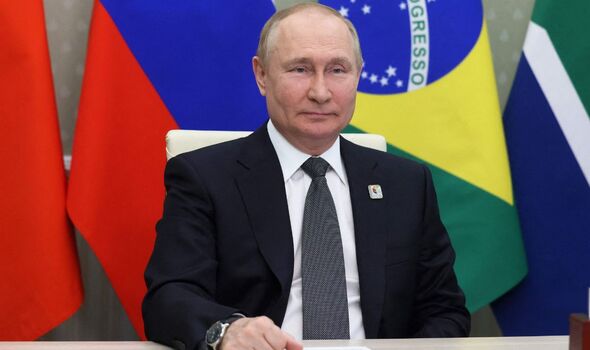 The pundits also speculated that American sportswoman Brittney Griner could be used as part of the Kremlin’s “exchange fund.”

Ms Griner has been held in Russia since February after officers at Moscow airport allegedly found cannabis oil in her luggage as she was attempting to return to the US.

The hosts suggested the basketball player could be used to negotiate the release of arms trafficker Viktor Bout from the US where he is currently serving a 25-year sentence for his crimes.

A prisoner exchange deal has not yet been established between the two nations, although in April the US did release a Russian pilot convicted for drug trafficking in exchange for a US citizen, Trevor Reed, who was being held in Russia after being sentenced for assault.

READ NEXT:
Russia has ‘insufficient numbers’ to support Ukraine invasion
Putin horror blow as Russian jet CRASHES in explosive fireball
NATO plots new 200,000-strong force to ‘wipe Russia off Earth’
Ukraine told to have ‘no illusions’ over EU bid
Ukraine taunts Putin in NATO warning after US steps in

Thundersnow: CCTV captures lightning in Southampton When you subscribe we will use the information you provide to send you these newsletters. Sometimes they’ll include recommendations for other related newsletters or services we offer. Our Privacy Notice explains more about how we use your data, and your rights. You can unsubscribe at any time. Lightning is […]

Gulf’s financial wealth could be over in 15 years: IMF

DUBAI (Reuters) – The International Monetary Fund (IMF) said on Thursday Gulf Arab states — some of the world’s richest countries — could see their financial wealth depleted in the next 15 years amid lower hydrocarbon revenues if they don’t step up fiscal reforms. The six-nation Gulf Cooperation Council (GCC) – whose net financial wealth […]

By Scott Murdoch and Julie Zhu HONG KONG (Reuters) – WeDoctor will push ahead with a Hong Kong listing and invite pitches from investments banks next week to lead an IPO valuing the Chinese healthcare platform at up to $10 billion, two sources with direct knowledge of the matter said. The Hangzhou-based company, which is […]

Time Person of the Year 2020: Joe Biden and Kamala Harris

U.S. not considering suspending tariffs on China in response to coronavirus: Mnuchin

Barry Soper: Govt’s refusal to engage with Parliament protesters unwise if not unkind