Ukrainian Presidential Advisor Mykhaylo Podolyak told the BBC Russian forces are throwing “pretty much everything non-nuclear at the front.”

The Russian President’s initial plan was to capture Ukraine’s capital, Kyiv, in a matter of days and force a regime change in the country.

At one point, Russian soldiers looked close to surrounding Kyiv but a series of Ukrainian victories in the north of the country pushed them back.

The focus now is in the east of Ukraine in the Donbas region where trench warfare has set in and troops from both sides are fighting hard to make incremental gains. 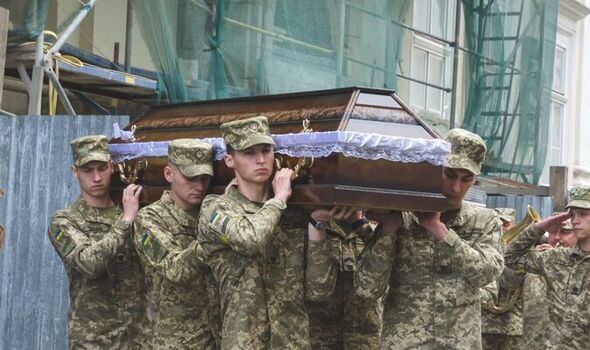 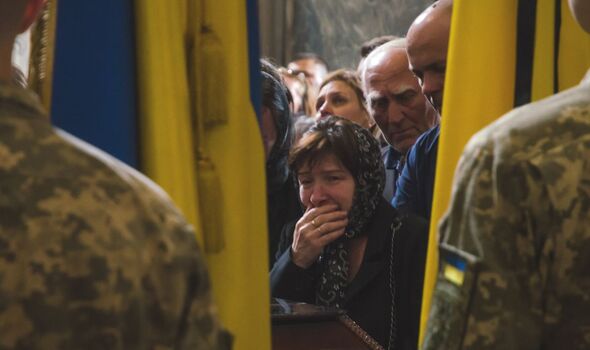 How many Ukrainian soldiers have died?

Ukraine says it has lost about 10,000 soldiers in total since the start of the war in February.

Mr Podolyak said Ukraine is losing 100 to 200 soldiers every day and several hundred more are being wounded.

However, these figures are thought to be at the lower end and the true number of casualties could be much higher. 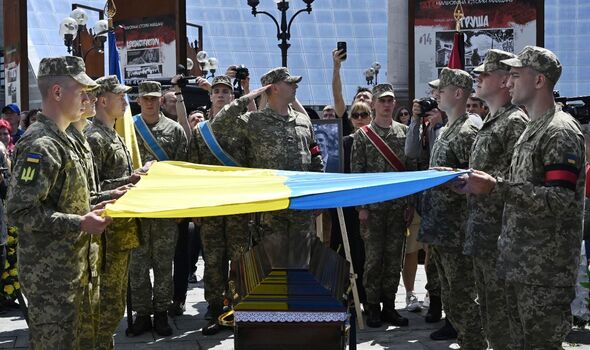 Russian Defence Ministry spokesman Igor Konashenkov said that the number of Ukrainian fatalities is 23,367 according to the TASS Russian news agency.

Alongside soldiers lost, Russia has also destroyed a large number of Ukrainian military equipment and weapons.

Ukraine has lost 577 military vehicles since the start of the war and 86 tanks according to Oryx, a Dutch analysis site.

President Zelensky has been trying to replenish these by making calls to western countries for more defensive weapons and equipment. 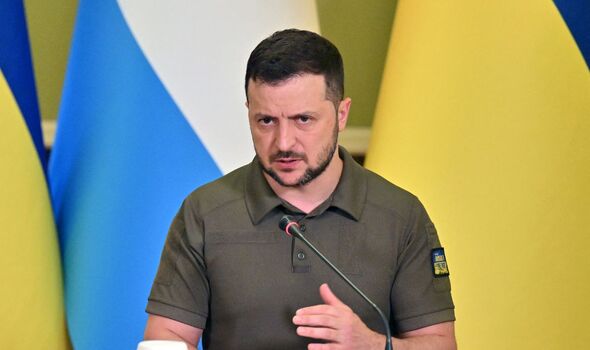 Some of the bloodiest battles of the war took place in the city of Mariupol which was captured by Russian forces after a prolonged siege.

Petro Andryushchenko, one of the city’s officials, described the scene of the fighting as an “endless caravan of death”.

The frontline is now more than 2.5 thousand kilometres long according to President Zelensky who vowed to continue fighting until Ukraine regains its land.

He wrote on Telegram on Monday: “We are dealing with absolute evil. And we have no choice but to move on. Free our entire territory. Oust the occupiers from all our regions.”

Before the invasion, Ukraine’s Army was 125,000 troops strong compared to Russia which had about 900,000 active military personnel.

Ukraine’s army has grown considerably since then as its 900,000 reservists have joined the conflict.

Soldiers from around the world also travelled to Ukraine to join the fighting as part of Ukraine’s new Foreign Legion.

Volunteers from countries such as Belarus and Georgia have also joined the fight and formed their own divisions protecting Ukraine.

BEIJING (Reuters) – Tesla Inc is seeking approval from Chinese regulators to offer a new China-made Model 3 variant, a government document shows. The variant would have a longer driving range, a source familiar with the matter said. Like the current China-made Model 3, which has a standard driving range of more than 400 kilometers, […]

The Queen is likely to sit alone during Prince Philip's funeral in order to follow strict Covid rules currently in place for England and Wales. The Monarch faces having to be on her own during the service as the law states anyone attending a funeral must stay at least two metres apart from people who […]

Missing for 43 years: The baffling disappearance of Michael Dudley