Joe Biden falls off his bike after getting foot caught

The US President admitted that the conflict over Ukraine could become an endurance contest between Russia and Europe. He said: “I do think that at some point there will be a bit of a waiting game – what the Russians can handle and what Europe will be willing to handle.”

On Tuesday the US slammed the Kremlin as “appalling” for suggesting that two US citizens captured while fighting for Ukraine against the Russian invasion could face execution.

John Kirby, a White House spokesman, spoke to reporters after the Kremlin spokesman said the two men are not protected by the Geneva Conventions on prisoners of war.

He said: “It’s appalling that a public official in Russia would even suggest the death penalty for two American citizens that were in Ukraine.”

Mr Kirby, spokesman for foreign policy at the White House, said the Kremlin was being at minimum reckless with the comments. 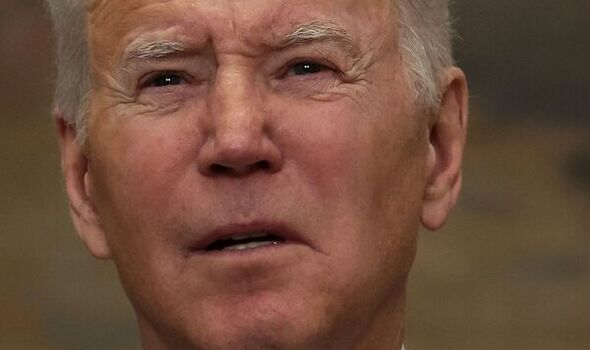 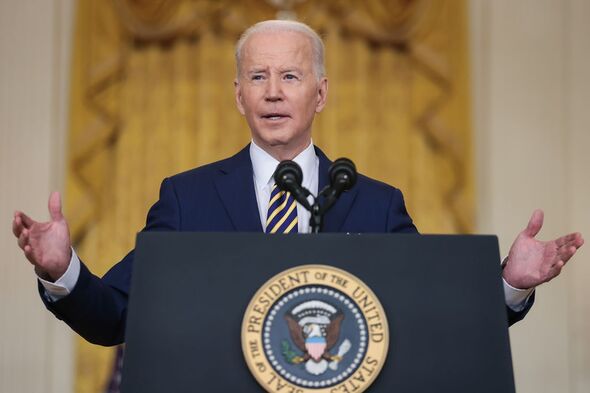 He said: “Whether they actually mean what they’re saying here, and that this could be an outcome, that they could levy a death penalty against two Americans that were fighting in Ukraine, or that they just feel that it’s a responsible thing for a major power to do, to talk about doing this…, either one of them is equally alarming.”

The US and allies have found unity on sanctions and providing successive arms packages, but many European nations remain highly dependent on Russian energy, with natural gas needs set to spike in winter.

The State Department on Tuesday confirmed that a second American had been killed, identifying the man as 52-year-old Stephen Zabielski, and again issuing the now almost daily plea for US citizens to keep away.

A State Department spokesperson said: “We once again reiterate that US citizens should not travel to Ukraine due to the active armed conflict and the singling out of US citizens in Ukraine by Russian government security officials.”

Mr Kirby added: “If you want to help the people of Ukraine, there’s a whole lot of other better options to do that than to go in and put yourself in harm’s way.”

Recently, Prime Minister Boris Johnson had warned the world against letting “Ukraine-fatigue” set in as he returned from a surprise visit to the war-torn country.

Mr Johnson had pulled out of a planned appearance at conference of northern Tories on Friday in order to meet Ukrainian President Volodymyr Zelensky.

Mr Biden, when asked about Johnson’s remarks of a rising risk of “fatigue” over Ukraine, said he doesn’t have any such fears. 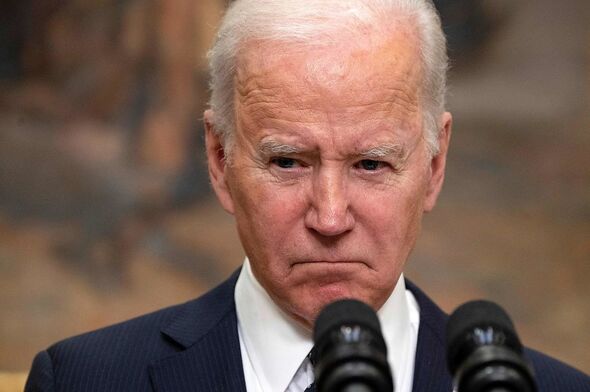 He said he’d be addressing that latter issue during a meeting of NATO leaders in Spain next week.

South China Sea: Japan and Vietnam team up to bolster defences and take on Beijing

Japan and Vietnam ‘bolster military cooperation’ says expert We use your sign-up to provide content in ways you’ve consented to and to improve our understanding of you. This may include adverts from us and 3rd parties based on our understanding. You can unsubscribe at any time. More info Japan can give defence equipment and technology […]

By Lindsay Dunsmuir WASHINGTON (Reuters) – The U.S. Federal Reserve is right to keep interest rates unchanged for the time being given the overall health of the U.S. economy, Kansas City Fed Bank President Esther George said on Tuesday. “With an economy growing at or above potential, a strong labor market, and low and stable […]

By Devika Krishna Kumar and Laura Sanicola NEW YORK (Reuters) – Railroads are clamping down on rising demand from oil companies to store crude in rail cars due to safety concerns, sources said, even as the number of places available to stockpile oil is rapidly dwindling. Oil demand is expected to drop by roughly 30% […]

This is another News Portal > World News > New York Dining Is Moving Indoors. How Nervous Should You Be?