Bitter fighting continues in Ukraine as Vladimir Putin refuses to relent in his bloody pursuit of the former Soviet Union ally. Relentless shelling, bombing and airstrikes have reduced large swathes of many cities and towns to rubble.

Since Russia changed its gameplay from taking Kyiv to securing the contested areas of Ukraine’s east, Russian soldiers have continued to die in droves in the name of President Putin’s senseless war.

Massive Russian bombardments in the key battleground of Severodonetsk in the Luhansk region are likely to have resulted in large amounts of fatalities on either side.

Regional chief Serhiy Haidai said there had been “colossal destruction” in the city.

The Russian attack has the eventual aim of encircling and taking the city of Lysychansk, Ukrainian leaders have agreed. 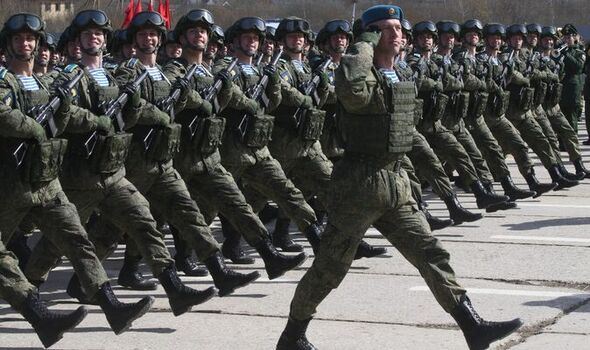 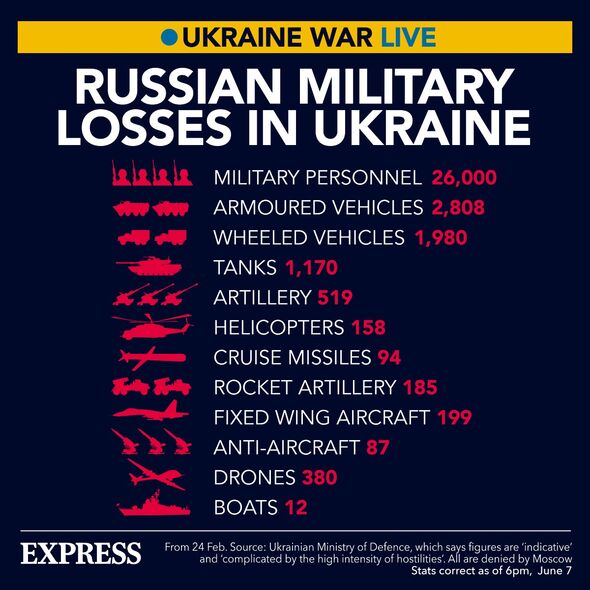 How many Russian soldiers have died?

According to the Ukrainian Ministry of Defence, some 26,000 Russian soldiers have lost their lives so far in the war.

Russia’s last publicly released figures for its own forces came March 25, when a general told state media that 1,351 soldiers had been killed and 3,825 wounded.

Any foreign reports of Russian deaths have been denied by Moscow. 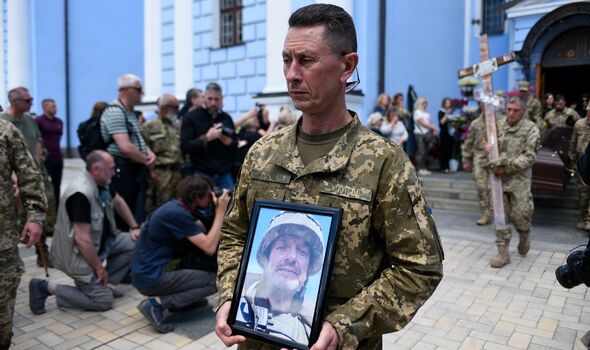 The death toll of militant fighters in Ukraine’s east is also thought to be huge, according to UK intelligence.

It has been estimated the Donetsk militia, a Russian proxy force, alone has lost 55 percent of its manpower so far in the war.

The human rights ombudsman in the so-called Donetsk People’s Republic said last week that 2,128 of its fighters had been killed, and a further 8,897 wounded.

There have also been longstanding reports of civilians being forcefully conscripted into the militia.

UK intelligence said Russia was now likely to deploy a large number of reserve soldiers to the area. 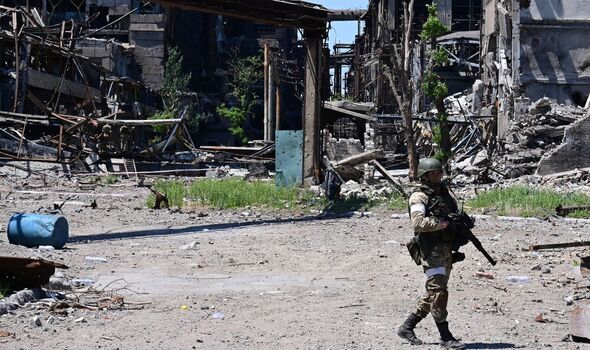 How much firepower has Russia lost?

Russia has also suffered considerable machine losses throughout the war, with resisting Ukrainians turning out to be considerably more capable of fighting off the enemy than originally thought.

According to the Ukrainian Ministry of Defence, Russia has lost 2,808 armoured vehicles, 1,170 tanks and 12 boats.

Its air forces have also been hit badly, with 158 helicopters, 380 drones and 199 fixed-wing aircraft also destroyed.

Earlier this month, President Zelensky said 60 to 100 Ukrainian soldiers are dying in combat every day, with around 500 more wounded.

According to figures verified by the Office of the United Nations High Commissioner for Human Rights on June 19, there have been a total of 4,569 civilian deaths during Russia’s military attack.

However, other unofficial estimates put this figure as high as 20,000.

(Reuters) – 1/GIVE NO QUARTER Few will regret the end of the first 2020 quarter. Fears of a U.S.-Iran war gave way to the coronavirus pandemic which JPMorgan reckons will have pushed the world economy into a 12% contraction over January to March. The quarter saw the most brutal global equity collapse since the Great […]

It’s been a dismal year, but let’s look at the bright side: It’s nearly over. Recently in Wine School, we had a polite discussion about whether 2020 was worthy of being ushered out with sparkling wine. The verdict was clear: Forget about what 2020 deserves. We have earned all the sparkling wine we want. The […]

By April Joyner NEW YORK (Reuters) – Investors are parsing a broad range of signals, from infection counts to more traditional indicators, for clues on the trajectory markets may take in coming weeks as the pandemic caused by the novel coronavirus continues to spread. Some point to signs that the worst of a vicious sell-off […]