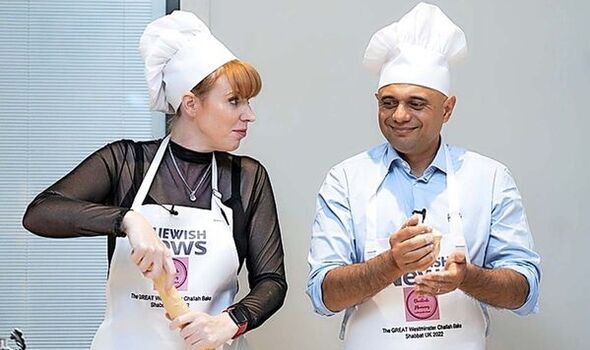 Labour’s deputy leader said sexism and classism were behind a newspaper publishing the views of an anonymous Tory MP.

She told ITV’s Lorraine yesterday: “When I heard the story was coming out, we rebutted it instantly – like this is disgusting, please don’t run a story like that.”

The report included an anonymous quote claiming Ms Rayner “knows she can’t compete with Boris’s Oxford Union debating training but she has other skills which he lacks”.

The Labour frontbencher said: “All I worry about when I’m at the despatch box is doing a good job, so I was really crestfallen that somebody had said that and a paper was reporting that.

“It wasn’t just about me as a woman, it is quite condescending to the Prime Minister and shows you what his MPs think about his behaviour – but it was steeped in classism as well.”

The MP for Ashton-under-Lyne added that the article insinuated she must be “thick” because she went to a comprehensive school and “promiscuous” because she had a child at 16.

One Tory MP said there were 20 colleagues who were likely suspects as the source.

Ms Rayner put those troubles behind her yesterday when was joined by Health Secretary Sajid Javid in a challah bread bake-off, hosted by Chief Rabbi Ephraim Mirvis, at the Central United Synagogue in central London.

Brexit voter stands by 2016 Leave vote in passionate slap down ‘Life is what you make it!’

Brexit voter says he stands by 2016 Leave vote during LBC call We use your sign-up to provide content in ways you’ve consented to and to improve our understanding of you. This may include adverts from us and 3rd parties based on our understanding. You can unsubscribe at any time. More info A Brexit voter […]

Brexit: Fishermen criticise Boris Johnson’s ‘unfair’ deal Diplomats and officials say the Prime Minister gave much more ground than the bloc on fisheries in order to secure the post-Brexit trade and security pact. According to a leaked analysis of the deal, one member state claims the EU has tough mechanisms to ensure Britain doesn’t lock […]