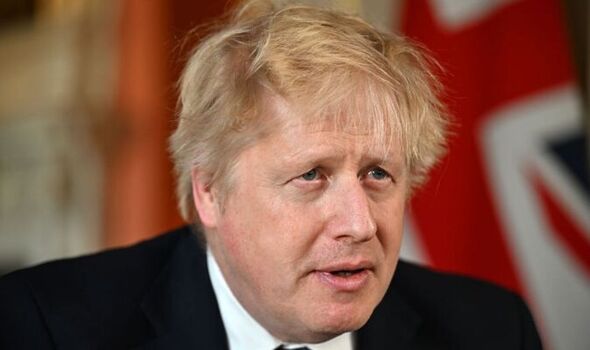 Shock by-election defeats in traditional true blue seats have sparked calls for the Prime Minister to focus on the South.

But there is no evidence of a southern “Blue Wall” ready to fall and the Conservatives could take most of their targets if there is not a big swing, according to centre-right think tank Onward.

Director Will Tanner, former deputy head of policy to Theresa May, said: “The next election, like the last, will be won in the North of England.

“While the South is steadily becoming less Conservative over time, there is no Blue Wall waiting to fall across the home counties in two years’ time.

“But there are dozens of traditional Labour seats in the North that could yet switch. This report underlines why making headway on ‘levelling up’ is utterly essential for the Conservative Party –and why Labour still has a mountain to climb.”

Onward found six in 10 battleground seats at the next election will be in the North compared with just two in 10 in the South. It said high-profile seats could be taken at the next election, including Shadow Home Secretary Yvette Cooper’s Normanton, Pontefract and Castleford, and ex-leader of the Liberal Democrats Tim Farron’s West-morland and Lonsdale.

The analysis goes beyond opinion polling to replicate the methodology that successfully identified the Red Wall.

It looks at where a vote share over or under-performs in relation to factors such as age, education and property ownership.

Data suggests the Tories would increase their majority by 26 seats and offset a few losses in the South with major gains in the North if there is no national swing.

If there is a swing against the Government of up to five per cent, it will still have a cushion of up to 10 seats.

But traditional heartlands will continue to drift in the longer term, as East Sussex, Oxfordshire and Buckinghamshire look to other parties.

James Blagden, Onward’s chief data analyst, said: “The heart of the Tory Party has been shifting northwards for the last 30 years.

“Since Thatcher’s 1983 landslide, there has been a decline in Tory support in London and the home counties – and growth in the North and the Midlands.

“But the greatest short-term concern for the Conservatives should be backsliding in the Red Wall, losing their iconic 2019 gains and putting their majority at serious risk.

“The Conservatives stand on shaky ground, with their 2019 gains not yet secure and traditional southern heartlands slowly drifting away.”

A poll for The Times has found support for the Conservative dropped to 2005 levels following allegations of lockdown rule-breaking in Downing Street.

Rishi Sunak's campaign video mocked by Rinder We use your sign-up to provide content in ways you’ve consented to and to improve our understanding of you. This may include adverts from us and 3rd parties based on our understanding. You can unsubscribe at any time. More info Mr Sunak, who entered the race to be […]

We use your sign-up to provide content in ways you’ve consented to and to improve our understanding of you. This may include adverts from us and 3rd parties based on our understanding. You can unsubscribe at any time. More info This is a developing news story, more to follow. Source: Read Full Article

Brazil’s jobless rate drops to 11.2% in quarter through November

Levi’s coming back to life in China as stores reopen, online sales rise

This is another News Portal > Politics > PMQs Live: Boris Johnson and Keir Starmer to square off after jaw-dropping Cummings claims