More than 29 inches of rain – nearly two-and-a-half feet – fell in 12 hours in Italy this week, breaking a European record, as parts of the country were hit by extreme weather.

The commune of Rossiglione in Genoa, Liguria, was among the worst affected with the record deluge of 29.2in of rain on Monday causing floods and landslides.

Typically, the region gets about 50 inches of rain in an entire year, according to Climate-Data.org. 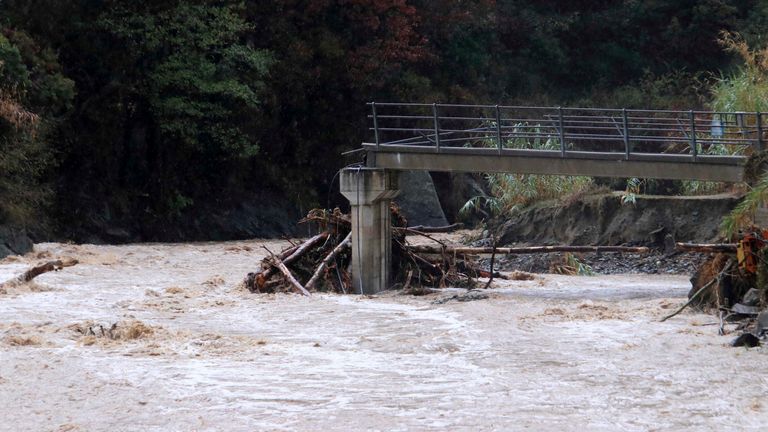 Red alerts – the highest level – were issued across the regions of Liguria, Piedmont and Lombardy.

Images and video footage showed destruction caused by the storms, including a collapsed bridge in the town of Quiliano, near Savona, in northern Italy.

Dozens of people had to be rescued and others were urged to stay at home by Katia Piccardo, mayor of Rossiglione, who warned of a “very dangerous situation” on her Facebook page as the heavy rain battered the area.

In her latest post on Thursday, she wrote that “Rossiglione has been brought to her knees”.

“I’m back from the last inspection now. In these 72 endless hours the hours of sleep can be counted on the fingers of one hand and interrupted by a thousand thoughts for my fellow citizens, for my land. We have a myriad of disasters and open fronts,” she said. 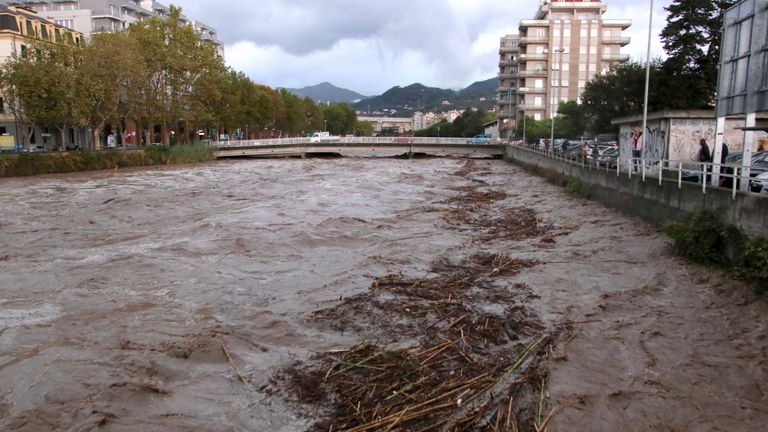 In the nearby town of Cairo Montenotte, about 20 miles west of Rossiglione, a record 19.5 inches of rain fell in just six hours on Monday. The previous record was 18.5 inches.

Several rivers broke their banks. The Erro flooded areas of Pontinvrea; the Bormida river overflowed in Cairo Montenotte; and the Letimbro caused flooding in the city of Savona, according to FloodList.

Towns in Liguria’s hilly areas also suffered flooding and landslides, as some streams overflowed their banks.

The port city of Genoa, the region’s most populous area, shut schools and also ordered the closure of parks, markets, sports facilities and cemeteries when the heavy downpours struck. 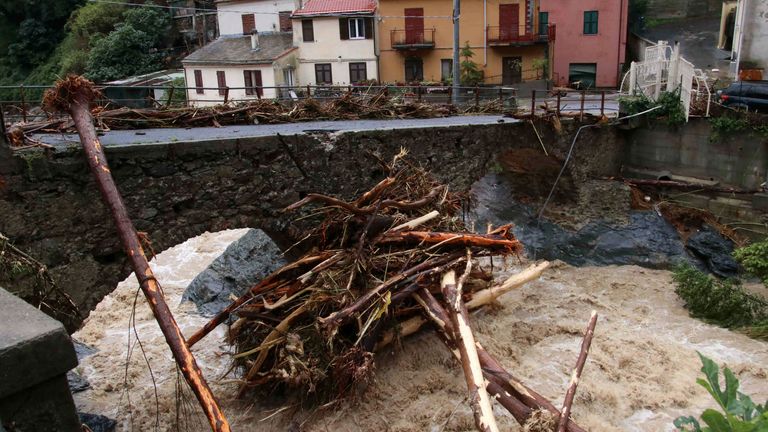 Monday’s extreme weather follows a summer of floods in Germany, Belgium, the Netherlands and Luxembourg.

Record-breaking amounts of rain fell on Germany and Belgium in July, killing more than 200 people and destroying homes, businesses and infrastructure.

Scientists have warned these kind of heavy rainstorms are being fuelled by climate change, with the World Weather Attribution group saying such extreme rainfall events are now between 1.2 and 9 times more likely to happen because of global warming.

Angela Merkel avoids handshake with Ursula von der Leyen We use your sign-up to provide content in ways you’ve consented to and to improve our understanding of you. This may include adverts from us and 3rd parties based on our understanding. You can unsubscribe at any time. More info The German Chancellor called on EU […]

By Allison Martell TORONTO (Reuters) – Canada’s drug pricing agency is contemplating significant changes to how it will apply new regulations aimed at lowering costs, Reuters has learned, as drugmakers unhappy with the policy delay introducing new medicines in the country and blame it for job cuts. Canada in August passed the new regulations for […]

By Jessica Resnick-Ault NEW YORK (Reuters) – Oil prices plunged 5% on Friday and posted a fifth straight weekly loss as demand destruction caused by the coronavirus outweighed stimulus efforts by policymakers around the world. Both contracts are down nearly two thirds this year and the coronavirus-related slump in economic activity and fuel demand has […]