A French actor has said he was raped by a priest when he was eight years old.

Laurent Martinez spoke out on the day a damning report into the Catholic Church in France found an estimated 330,000 children were victims of abuse between 1950 and 2020.

A commission concluded that the church showed complete and sometimes cruel indifference to those who suffered sexual abuse at the hands of the clergy.

Martinez said the priest who raped him was moved to another location after he told his parents about what had happened, but the abuse continued to affect his life.

“It’s been haunting me all those years,” he said. “I’m really not completely freed about it.”

Martinez said the trauma had an impact on his relationships with women, and left him apprehensive about sexual contact, which he felt was “something forbidden”.

He added that he never heard about the priest who abused him again, and given his age at the time, he has likely now died.

Martinez said the report into this widespread abuse was “definitely too late”, but that there’s little point in reflecting on this. Instead, he believes “now is the time for action” – and the recommendations that have been made should be taken into account.

Calling for progress to be monitored every three or six months, Martinez said: “The church has to be accountable now for all what it has been done over these years.”

He has now written a play about the abuse called Pardon? to help him deal with his own experiences.

Of the 330,000 children who were subject to sexual abuse, 216,000 are thought to have been harmed by priests and other clerics. 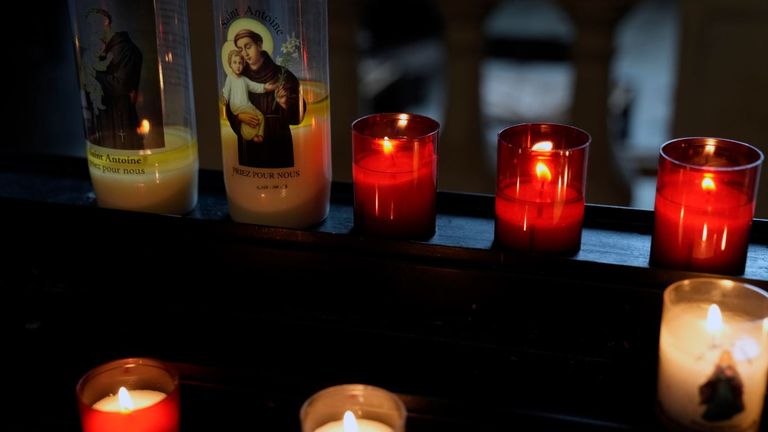 Jean-Marc Sauvé, the president of the commission behind the report, said the wrongdoing was covered up by Catholic authorities for decades in a “systemic manner”.

The scandal in France is the latest to hit the Roman Catholic Church, which has been rocked by sexual abuse scandals around the world, often involving children, over the past 20 years.

About 80% of the victims are believed to have been male, and Mr Sauvé said approximately 60% of all those who were sexually abused encountered “major problems in their sentimental or sexual life”.

The head of the French Bishops’ Conference asked for forgiveness from the victims.

The commission has issued 45 recommendations about how to prevent abuse in the future – including training priests and clerics as well as fostering policies to recognise and compensate victims.

Want stories that are quite literally out of this world? Get Spaced Out direct your inbox The Internet, mainly social media, often mocks tiny London apartments that are on sale for extortionate prices. But this extremely small apartment in Sydney, Australia, outdoes all of those, and has been described as “good value for money” by […]

Explainer: Hobbled IRS tax agency may need months to get cash to Americans

By Andy Sullivan WASHINGTON (Reuters) – In order to put recession-fighting checks into the hands of millions of Americans, the U.S. government will rely on a tax agency that has fewer workers, a smaller budget and the same 1960s-era computer systems it had the last time it was asked to do so. Hollowed out by […]

This is another News Portal > World News > Equinor, Rosneft to develop Arctic oilfield in joint investment