An almost unheard-of team from one of the poorest countries in Europe has pulled off one of the greatest shocks in Champions League history.

Sheriff Tiraspol, from the self-declared independent state of Trans-Dniester, stunned 13-times European champions Real Madrid at the Bernabeu on Tuesday night as they won 2-1 with a late strike from Sebastien Thill.

Jasur Jakhshibaev headed Sheriff into the lead in the 25th minute, but Los Blancos were level through a second-half penalty from Karim Benzema, given following a VAR review. 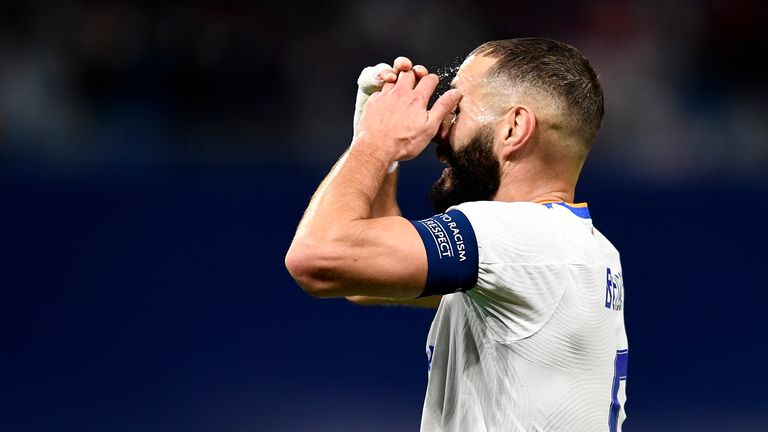 The visitors, though, snatched all three points with just a minute left when Thill drove the ball into the top corner from 20 yards to leave the home crowd in silence.

It is now two wins out of two in Champions League Group D for Sheriff Tiraspol. Officially, the team hails from the impoverished country of Moldova, sandwiched between Romania and Ukraine, which formed after the collapse of the Soviet Union in 1991.

However, Tiraspol is the capital of Trans-Dniester, a thin slice of land on the Ukrainian border.

In 1992, Russian-backed forces fought a separatist war there, leaving close to 1,000 people dead, but resulting in a self-declared new state that remains unrecognised by the international community.

Trans-Dniester takes its “independence” from Moldova seriously, with its own currency which sits outside the international banking system and cannot be used or exchanged outside its borders.

It also has a rather unsavoury reputation for organised crime, smuggling, and corruption.

Now it has something to be truly proud of, the humbling of the most successful football team in European history.

By Pete Schroeder WASHINGTON (Reuters) – Large banks with significant trading operations will have their finances tested in 2020 against a scenario that includes “heightened stress” in leveraged loans, the Federal Reserve announced on Thursday. The Fed also plans to test banks with substantial trading or processing operations against a hypothetical counterparty default as part […]

By C Nivedita and Imani Moise (Reuters) – Citigroup Inc beat analysts’ estimates for fourth-quarter profits on Tuesday, boosted by growth in its credit card business and a jump in trading revenue. North American branded cards, which account for a majority of the bank’s consumer banking revenue, clocked double-digit revenue growth for the second straight […]

By Marwa Rashad, Saeed Azhar and Stephen Kalin RIYADH/DUBAI (Reuters) – Saudi Arabia has asked state agencies to submit proposals for cuts of at least 20% to their budgets in a fresh austerity drive to cope with a sharp drop in oil prices, four sources familiar with the matter said. The requests were made more […]

Uniper to shut down German hard-coal power plants by 2025

Roy Green: Justin Trudeau’s dilemma is whether he should call a snap election

Global airline capacity may fall up to 35% in 2020 on coronavirus: Moody’s

Wanted in France: Thousands of Workers as Hotels and Restaurants Reopen