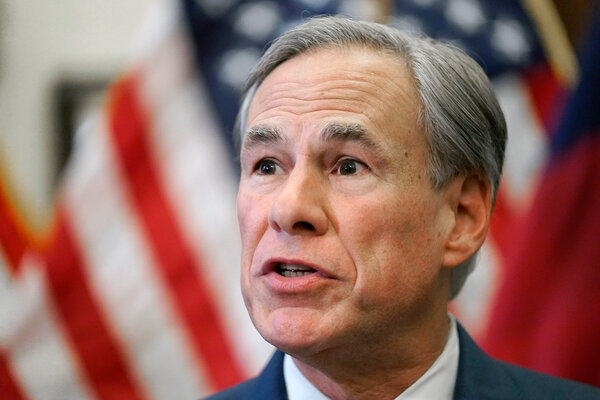 So, let me get this straight. Gov. Greg Abbott’s version of freedom plays out like this. Take advantage of all of the available protections for yourself, including those you have access to because you are in a position of power and privilege — daily testing, vaccines plus a booster, treatment with monoclonal antibodies, access to premier health care — while doing nothing to protect your constituents from the disease.

This isn’t freedom; it’s institutionalized selfishness and irresponsibility. Shame on you, Governor, and I hope the people of Texas realize they deserve better.

The Taliban’s return to power in Afghanistan may illustrate the failure of the U.S. response to the 9/11 attacks, but the post-9/11 era has hardly ended.

It is not over for the thousands of Afghans whose lives were destroyed by 20 years of violence and war, and whose future seems increasingly grim.

Nor is it over for many U.S. service members who sacrificed greatly in Afghanistan, or for their families.

It is also not over for the prisoners who continue to languish without charge or trial at Guantánamo, and those who have suffered U.S. torture and abuse in the “global war on terror.”

It is certainly not over for the 9/11 victims and families, who have been denied any justice for the murder of their loved ones.

President Biden may wish to move beyond the post-9/11 era, but we have a long way still to go. We must look backward before we can move forward.

Wells Dixon
New York
The writer is a senior staff attorney at the Center for Constitutional Rights.

After a few years in California, I learned that the four seasons are earthquake, mudslide, drought and Santa Ana winds.

Opinion | The Jan. 6 Hearings Have Been So Much Better Than I Expected

Send any friend a story As a subscriber, you have 10 gift articles to give each month. Anyone can read what you share. By Michelle Goldberg Opinion Columnist Source: Read Full Article

Opinion | The Most Productive Dysfunctional Congress Ever

Send any friend a story As a subscriber, you have 10 gift articles to give each month. Anyone can read what you share. By Farah Stockman Ms. Stockman is a member of the editorial board. In March, Congress overhauled the U.S. Postal Service, which had been on the brink of insolvency for years. In June, […]

China says will stick with U.S. trade deal, but respond to 'bullying'

Facebook gives WHO free ads in battle with coronavirus misinformation