Lionel Messi was in tears as he bade farewell to FC Barcelona – but said he has not yet decided on his future.

“I’m so grateful for the love people have shown me these years,” he told a news conference.

The striker, who broke down as he received a standing ovation, said he tried to “behave with humility and respect, and I hope that’s the memory that will be left of me”. 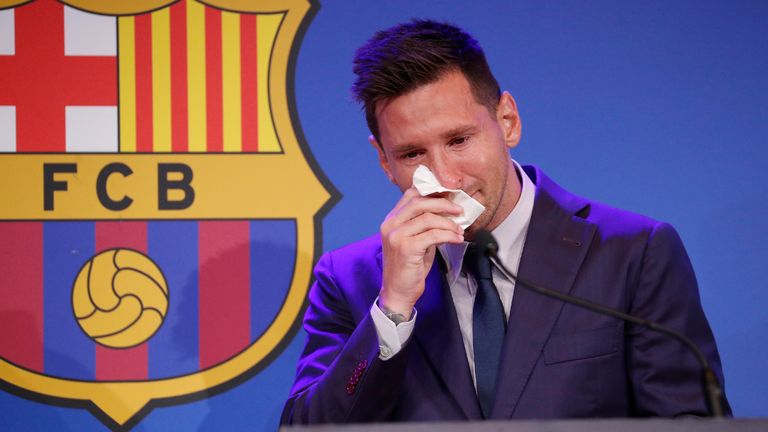 Messi, 34, has spent his entire career at Barcelona, coming through the club’s academy before going on to score 672 goals in 778 appearances after making his senior debut in 2003.

The six-time Ballon d’Or winner has officially been a free agent since 1 July after he failed to agree terms over a renewal before his previous Barcelona contract expired on 30 June.

The club announced Messi was set to leave as a new contract couldn’t happen in line with financial fair play rules set by the Spanish league La Liga.

Messi has been linked to a move to PSG, but he said he had not made up his mind about his future.

He admitted he was “convinced” he was going to stay at Barcelona. 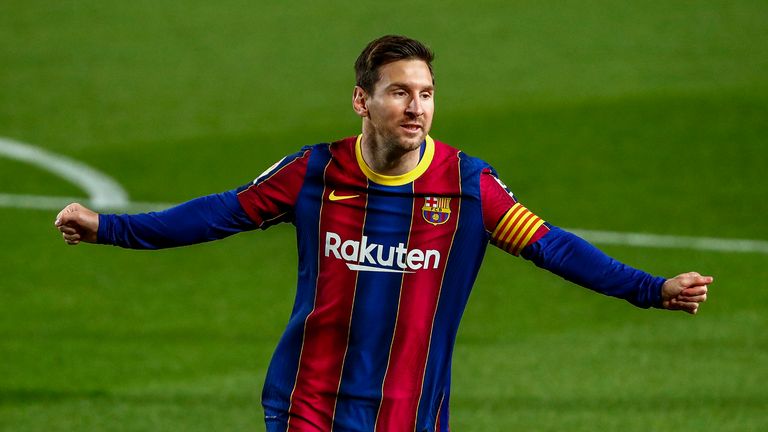 Messi said: “I’ve been here my entire life, I’m not ready for this. And last year with all the nonsense, I was convinced of what I wanted to say, but this year it is not the same.

“This year my family and I were convinced we were going to stay here, that is what we all wanted more than anything.”

He said his family was “at home” in Barcelona and “we thought we’d be staying here”.

“But today, I have to say goodbye to all of this,” he added.

A woman tragically died while conducting a sex act in a shower, an inquiry has found. Sandra Moore, also known as Michaela, was found dead inside of her flat at an accommodation block in Shelton, Staffordshire. Medical tests found that she had monkey dust in her system at the time of her death, which was […]

The governor of Lagos state has declared a 24-hour curfew across Nigeria’s biggest city to prevent protests sparked by police violence “degenerated into a monster”. The governor said “nobody except essential service providers and first responders must be found on the streets” as he declared the curfew in effect from 4pm local time (15:00 GMT) […]

By Jonathan Stempel NEW YORK (Reuters) – U.S. President Donald Trump’s re-election campaign sued the Washington Post for libel on Tuesday over two opinion pieces that it said suggested improper ties between the campaign and Russia, North Korea or both. The campaign filed its lawsuit six days after filing a separate libel lawsuit against the […]

Shell to build its first solar farm in Australia