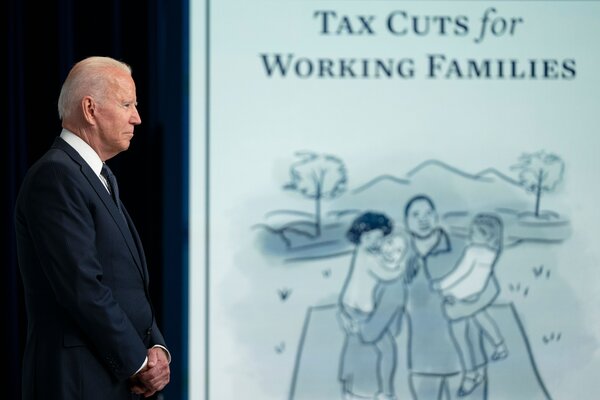 Gail Collins: Bret, recently you assured me you were enthusiastic about Joe Biden’s big spending initiatives. Am I remembering that right? And are you still on the team?

Just looking for an update to brighten the day.

Bret Stephens: Gail, I’ll answer you on that point in a second, but I wanted to follow up on last week’s conversation by sharing another tidbit about President Chester Arthur that I learned from a reader. As collector of the Port of New York, Arthur gave steady employment to one of his favorite authors, an ill-tempered, has-been writer named Herman Melville. It took another 50 years or so, when both men were long dead, until Melville came to be widely regarded as one of our greatest writers, which proves, among other things, that our 21st president had better taste in letters than in whiskers.

Gail: I can see that one of our ongoing crusades in 2021 is going to be the elevation of Chester Arthur’s presidential standing. Much better hobby than tennis or collecting stamps.

Bret: One day you’ll have to tell me what you have against tennis. As for Biden’s spending plans, my feelings are mixed, especially now that I’ve seen the price tag. It reminds me of when my parents used to take me to F.A.O. Schwarz, the Manhattan toy Mecca of its day. I wanted everything. I settled for a new Lego set. I think it’s up to Joe Manchin and Kyrsten Sinema to be the parents in this scenario and tell the administration to be a little more selective in its spending priorities.

Gail: Well, maybe I’d start by arguing that we go big and do the whole thing. I admit I never thought Joe Biden would be a transformational president — but his vision seems just right for our moment. The child tax credit program will raise a huge chunk of children out of poverty. The right to early education and community college could transform the prospects for so many young people.

Bret: My basic criterion is that I’m for programs that create jobs and leave enduring benefits, particularly large and essential infrastructure projects like the Gateway tunnel project under the Hudson River.

Gail: Still with you …

Bret: And I’m against programs that have fleeting benefits and discourage work. So the program I most oppose is the child tax credit, which sounds like liberal nirvana but would be difficult to administer and has no work requirements, which effectively reverses the gains the country made after Bill Clinton’s welfare reform. I’m also not too fond of the huge Medicare expansion, another noble-sounding effort that will further push a financially strained program toward insolvency.

Gail: The Clinton welfare reform was an attempt to quell the Reagan-engendered hysteria over undeserving “welfare queens.” I’ve always believed it was less about changing the system than changing the conversation.

Bret: Beautiful point, though if that’s true it makes me wonder why liberals hated it so much at the time.

Gail: Obviously, it would be ideal for Biden to quickly put every low-income family into a program that would protect the children from poverty while giving jobs to the adults. But that’d be a humongous governmental lift: slow in the rollout and so big and complicated it would drive even moderates crazy.

I’d be happy to sign onto that kind of plan over the long run, but for the moment, families just need to pay for food and shelter.

Bret: I agree with your first point. Big government programs always sound noble in theory, if only they didn’t come with incompetent bureaucracies and unintended consequences.

My bigger worry here is that dramatic increases in federal spending, coupled with low-interest rates from the Fed, are going to boost inflation in ways that will hurt the middle class and require a Volcker-style remedy before too long. Are you optimistic about the economy?

Gail: Yeah, if the government can give a big push, I’m optimistic long-term. And once things are on the road to a serious, stable recovery we can start talking about pulling back spending. But Biden’s right: this is a moment to go big and give the economy a jolt.

Bret: I hope you’re right, because if you’re not we’re in for a really bad time. I remember runaway inflation from Mexico in the early 1980s. It causes people to make bad long-term decisions to avoid bad short-term outcomes, like spending rather than saving because their money keeps diminishing in value. It feeds dangerous populist political tendencies, as Germans know from history. And the cure for sky-high interest rates can be nearly as painful as the disease.

Gail: Meanwhile, on a lighter note — the Olympics are starting! Do you have any predictions or do you just hate the whole thing?

Bret: I wish the athletes well, but I’ve really soured on the games. Too many doping scandals and questionable medals, too much corruption at the International Olympic Committee, too many top athletes pulling away, too much unconscionable abuse of young athletes, too much self-serving nationalism. Maybe someone could restore the original high-minded spirit of the games, but I really struggle to see the point of them today, especially in an era where there’s no shortage of venues for high-level international sports.

Gail: Certainly hard to get enthusiastic about the Olympic Committee, but I still like to watch young people competing desperately in … badminton. Or fencing or water polo. Just celebrating what you have to do to win some of the more obscure sports.

Bret: I’m just waiting for the Olympic committee to accept “Enraging Readers” as a legitimate sport so I can go for gold.

Gail: I do have to admit the Games were a lot more exciting back in the day. We’re just world-weary right now. People go flying to outer space and everybody yawns and says: “Oh God, another rich guy stunt.”

Bret: This is me raising my hand in case Richard Branson or Jeff Bezos wants the distinction of sending the first pundit into space, and perhaps leaving him there. On a separate topic, Gail, what do you think of Joe Biden claiming that Facebook was “killing people” with Covid misinformation?

Gail: I believe Biden once agreed Putin was a killer. Which seemed appropriate. But then if you throw the same charge at Facebook, you’re sort of diminishing the verbal assault.

Gail: I can understand the president’s frustration. There are people using sites like Facebook to spread terrible lies. A lot of the digital leaders are trying to deal with it, but maybe not hard enough. You’re much smarter about this stuff than me — what do you think?

Bret: What Biden said was pretty unfortunate. First off, an American president should always err on the side of defending the principle of free speech. I seem to remember a certain former president accusing the news media of being the enemy of the people, which was foul. Now Biden has essentially leveled the same charge against social media. Second, I think Facebook has already been much too active in censoring content, for instance by banning mention of the lab-leak theory of Covid in February of this year until it was forced to lift the ban when the theory became more widely accepted.

Bret: Coming to terms with the importance of free speech means coming to terms with the reality that free speech will sometimes be used for purposes we abhor. We protect bad speech because we understand that the alternative, in the form of censorship, is worse. We protect it because we have the humility to recognize that what seems bad to many of us in the present may seem right to many others in the future. We protect it because, as Jefferson put it, “error of opinion may be tolerated where reason is left free to combat it.” Bad speech, like flies or mice, is part of the broader ecology of truth: To discover what’s right you have to know what’s wrong, and to know what’s wrong you have to allow it.

If Biden had just said, “If you can get the vaccine, and decide not to, then you’ve made your choice: Don’t ask for sympathy or money when you get sick,” he would have made his point much more effectively.

Gail: You know, everybody is always telling me that they like our conversations because we can fight without getting mad. But fights don’t really work unless there’s some movement. I officially decree that you’ve made today’s winning point.

The Times is committed to publishing a diversity of letters to the editor. We’d like to hear what you think about this or any of our articles. Here are some tips. And here’s our email: [email protected].

SEOUL — One day, she was an ordinary working woman in South Korea, married with a son and designing ads for one of the country’s largest convenience store chains. The next day, she was branded a man-hating feminist on web forums popular with men, a “cancer-like creature” among an “anti-social group” of “feminazis.” The hostility […]

The Biden administration has signaled an ambitious legislative agenda, including plans to reform immigration, stimulate the economy and strengthen the federal Covid-19 response. Mr. Biden, who was a senator for most of his political career, respects Congress and has emphasized the importance of acting through it. During the presidential campaign, he was not shy about […]

A terrorism suspect, disguised as a refugee. By Natasha Frost Good morning. We’re covering a German far-right terrorism suspect, a register for Spaniards who refuse the vaccine and a united front of former enemies in Tigray. The double life of Franco A. For 16 months during the height of the migrant crisis in Europe, Franco […]