Democrats and Republicans are already jockeying for a crucial voting bloc that soured on Donald Trump, tilted to Joe Biden and now holds the key to the second half of the president’s term. 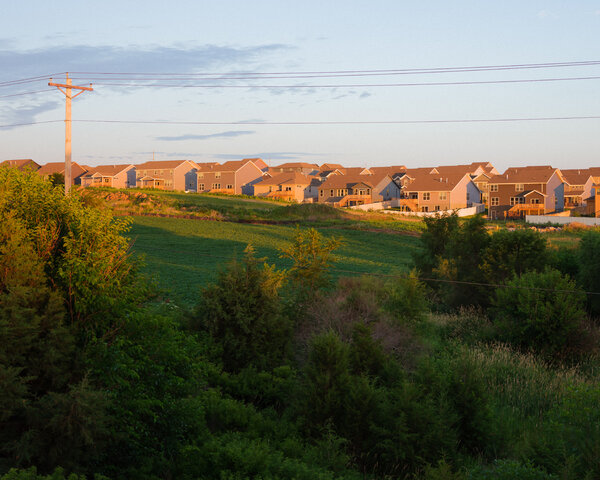 PAPILLION, Neb. — Pursuing a bipartisan infrastructure deal and trumpeting a revived economy and progress against the pandemic, President Biden is trying to persuade the nation that Democrats are the party that gets things done. His message is aimed at holding on to a set of voters in next year’s midterms who could determine the fate of his agenda: suburbanites who abandoned former President Donald Trump in droves.

More than any other group, those independent-minded voters put Mr. Biden in the White House. Whether they remain in the Democratic coalition is the most urgent question facing the party as it tries to keep its razor-thin advantage in the House and the Senate next year.

Mr. Biden made his pitch again on Friday when he signed an executive order intended to protect consumers from the anti-competitive practices of large businesses.

But Republicans are also going to war for suburban votes. The party is painting the six-month-old Biden administration as a failure, one that has lost control of the Southwestern border, is presiding over soaring crime rates and rising prices and is on the wrong side of a culture clash over how schools teach the history of racism in America.

Whoever wins this messaging battle will have the power to determine the outcome of the rest of Mr. Biden’s term, setting the stage for either two more years of Democrats driving their policies forward or a new period of gridlock in a divided Washington.

Both parties are targeting voters like Jay Jackson, a retired career Air Force officer who is now a reservist in the Omaha suburbs. Mr. Jackson had lawn signs last year for Republicans running for Congress, but also for Mr. Biden. He thought that Mr. Trump had failed to empathize with military duty and regularly lied to Americans, and did not deserve re-election.

“I’m a classic RINO,” Mr. Jackson said with a laugh, accepting the right’s favorite insult for voters like him: Republicans in Name Only.

In a guest column in The Omaha World-Herald, Mr. Jackson, a 39-year-old lawyer, explained his view: “We Republicans need to turn away from Trump and back to our values and the principles of patriotism and conservatism.”

Mr. Biden won 54 percent of voters from the country’s suburbs last year, a significant improvement over Hillary Clinton in 2016, and enough to overcome Mr. Trump’s expansion of his own margins in rural and urban areas, according to new data from the Pew Research Center. Suburbanites made up 55 percent of the Biden coalition, compared with 48 percent of Clinton voters.

The authoritative Pew study, which echoed other recent surveys, also showed that Mr. Biden failed to increase his share of the Democratic base from 2016, including among young people and voters of color. It found, however, that his support surged among independents, veterans and married men — voters like Mr. Jackson.

Ferry contracts rushed for 'political capital' says Jim McColl We use your sign-up to provide content in ways you’ve consented to and to improve our understanding of you. This may include adverts from us and 3rd parties based on our understanding. You can unsubscribe at any time. More info Transport Secretary Grant Shapps said a […]

Brexit: EU ‘damaged trust’ in UK negotiations says MEP When you subscribe we will use the information you provide to send you these newsletters. Sometimes they’ll include recommendations for other related newsletters or services we offer. Our Privacy Notice explains more about how we use your data, and your rights. You can unsubscribe at any […]

‘Traitor!’ Dozens of Trump supporters heckle Lindsey Graham for breaking with the president.

Peru will emerge from ‘economic hibernation’ by May, elections date safe: president