More than 200 prominent women from around the world, including actors, journalists, musicians and former government leaders, have written an open letter urging the chief executives of Facebook, Twitter, TikTok and Google to “prioritize the safety of women” on their platforms.

The letter was published Thursday by the World Wide Web Foundation and coincided with a pledge from the four tech giants to improve the safety of their online platforms. The companies’ vow and the letter, which seeks to hold them accountable to their promises, came on the second day of the U.N. Generation Equality Forum in Paris, which is focusing on gender equality.

“The internet is the town square of the 21st century,” the letter said. “It is where debate takes place, communities are built, products are sold and reputations are made. But the scale of online abuse means that, for too many women, these digital town squares are unsafe. This is a threat to progress on gender equality.”

Diane Abbott, one of the signatories, who in 1987 became the first Black woman elected to the British Parliament, said in an interview that she had faced unrelenting online harassment for years.

“There’s always been an undercurrent of racism and misogyny,” she said. “But social media has made everything so much worse. Every day you click on Twitter or Facebook, you have to steel yourself to see racist abuse — that’s a horrible feeling.”

Research by Amnesty International in 2018 looked into abuse against female politicians and journalists on Twitter in Britain and the United States. It found that Black women were 84 percent more likely than white women to be targeted by abusive tweets.

“I think it puts off younger women from coming into politics, because they don’t feel they can take that level of abuse,” Ms. Abbott said. 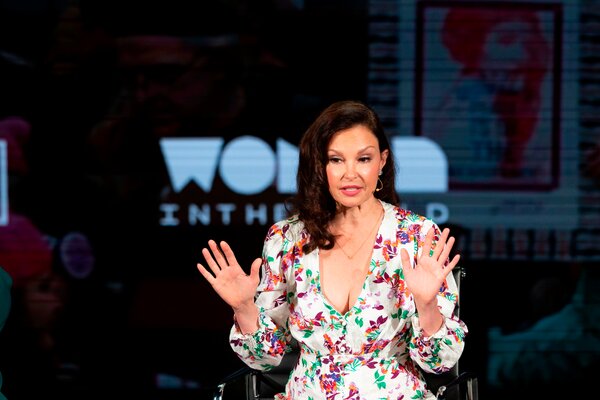 The commitments made by the tech companies on Thursday — developed during a 14-month collaboration led by the foundation — would allow users to better manage who can engage with their posts and would strengthen the systems to report abuse. Over 120 experts from tech companies, civil society, academia and government in more than 35 countries worked on solutions to tackle online abuse.

Azmina Dhrodia, senior policy manager at the foundation, welcomed the pledges. “It’s the first time there has been cross-industry collaboration on women’s safety,” she said.

But Seyi Akiwowo, the chief executive of Glitch, a British charity that campaigns to end online abuse, particularly toward women and marginalized groups, said assurances by the companies needed to go further.

The letter referred to findings from a 2020 study by The Economist of more than 4,000 women, which found that 38 percent of women in 51 countries had direct experience of online harassment.

Moving forward, the letter urged, women should have greater control over their online experience and tech companies should allow women to easily flag abuse and track the progress of reports.

The foundation said that it would monitor tech companies’ progress toward these goals on an annual basis.

But Ms. Abbott said that it “remained to be seen” whether any tangible action would come from the commitments.

“What they should be doing is taking them offline altogether some of the people that put the worst abuse online.”

Joe Biden erupts at China: ‘Live up to your responsibilities!’

COP26: USA is 'off track' with tackling CO2 emissions We use your sign-up to provide content in ways you’ve consented to and to improve our understanding of you. This may include adverts from us and 3rd parties based on our understanding. You can unsubscribe at any time. More info The comments come following Mr Biden […]

By Huw Jones LONDON (Reuters) – Optimism in Britain’s financial services sector rose in the last quarter to snap a four-year decline, with business volumes also predicted to grow in coming weeks, a survey showed on Monday. The quarterly survey of 94 banks, insurers and investment management firms was conducted by business trade body CBI […]

Me & My Money: Nets group CEO homes in on real estate for its long-term value