Holt Renfrew, Canada’s leading luxury retailer, wants to also be seen as the most environmentally friendly retailer in the country, if not the world.

On Wednesday, the company disclosed a “360-degree commitment” to sustainability, encompassing reducing emissions and waste as well as sourcing more ecologically safe products and stopping the sale of animal fur and exotic skins.

The Toronto-based Holt Renfrew said it’s the first and only retailer in Canada to have emissions reductions goals approved by the Science Based Targets initiative, composed of organizations that enable companies in the private sector to set science-based emissions reduction targets, in line with the Paris Agreements to reduce greenhouse gas emissions, which cause climate change.

Holt Renfrew is working to reduce Scope 1 and 2 greenhouse gas emissions by 65 percent by 2030, from a 2019 base year. Scope 1 and 2 refers to GGE generated by a company’s own operations such as through gas and electricity consumption and travel.

Holt has also targeted a 28 percent reduction in Scope 3 GHG emissions by 2030, from a 2019 base year. Scope 3 refers to GGE generated by vendors and suppliers.

In addition, Holt said 67 percent of its purchased goods and services, and upstream and downstream transportation, will have science-based targets by 2025. The most environmentally impactful materials — cotton, leather, down and feathers, plastic packaging, palm oil, and forest-derived fibers such as paper, wood and cellulosic — will come from certified/verified sustainable sources by the end of 2025.

“These targets are science based. They are robust, scrutinized and serious targets,” Sebastian Picardo, president and chief executive officer of Holt Renfrew, told WWD.

“Since joining Holt Renfrew last year, the team and I have been listening to our customers, our employees, and our communities across the country to better understand what they want from Holts,”  added Picardo, who formerly served as deputy president of Asia’s luxury department store Lane Crawford. “Our customers are at the center of our business, and we want to ensure that sustainability and innovation are at the forefront of the customer experience at Holts.

“Retail can be a force for good, and we know that our customers want to make trusted, responsible purchases,” Picardo said. “Our 360-degree commitment to sustainability removes the barriers for our customers, allowing them to shop with confidence, in a responsible way.” 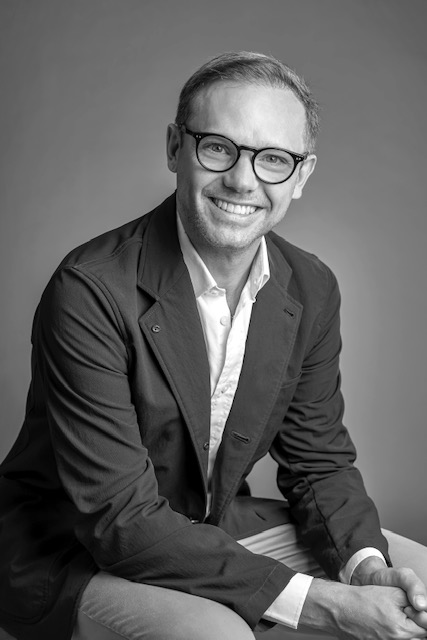 Picardo said Holt Renfrew has been involved in fostering sustainability for some time. In 2013, the H Project launched. It spotlights in a designated area in the store and on the website a selection of environmentally conscious brands from different parts of the world. Subsequently, the H Project Approved label was launched, flagging products across the store in women’s wear, men’s wear, accessories, kidswear and home goods selected for artisanal craftsmanship, responsible production and materials, and/or charitable contributions. The H Project Approved label is also on beauty products that are free of unwanted and harmful ingredients.

The new sustainability strategy was developed through insights from customers, vendors, Holt’s own designated sustainability team as well as with support from Holt’s parent company, the Selfridges Group, and third parties such as the Science Based Targets organization, and TerraCycle for assistance on recycling used beauty products and single-use face masks used by employees. Holt has also been working with the Humane Society International/Canada on the wind down of Holt’s businesses in animal fur and exotic skins.

In a country with a history of fur trapping, discontinuing the sale of fur and exotic skin products was “a very big deal for us,” Picardo said. “Holt Renfrew started as a fur shop in 1837.”

Holt has already begun closing its fur shops. “It’s something we have to do and is expected from us,” Picardo said. “The production of fur is highly pollutive. It’s just the right thing to do…but what’s exciting is what’s next. What are the opportunities to innovate with brand partners? We are going to be working to reinvent the outdoor business and experimenting with new materials and partnering with new and existing brands which are innovative and environmentally friendly.”

Holt this month discontinued the sale of cosmetic products that contain plastic glitter, and all denim assortments will come from “certified/verified” sustainable sourced producers by the end of 2025.

As part of a “net-zero waste strategy,” Holt said 85 percent of waste generated in its stores will be recycled rather than sent to landfills.

Additionally, Holt recently developed a set of “green build guidelines” for design, visual and construction teams outlining requirements for sustainable building materials. It covers a wide range from what’s used in renovations and shops to lighting that’s more efficient. Last year, Holt revitalized the facade of its Toronto flagship at 50 Bloor Street West. Designed by the architecture and design firm Gensler, the facade has 23-foot high energy-efficient windows, enhanced levels of thermal insulation exceeding the Ontario Building Code and reducing the store’s carbon emissions, and over 80 percent of construction waste was recycled.

“We see sustainability as the future of retail, especially in the context of COVID-19. As the focus on COVID-19 and the spread of the disease start to dissipate, “We predict there will be a sprint to sustainability,” Picardo said.

Asked if all the initiatives in sustainability would be very disruptive to the company, Picardo responded, “I wouldn’t say it’s disruptive. It’s an evolution for the business. Even though the past year has been very challenging with store closures and reopenings and having to put safety at the top of the agenda, we are realizing that the future of retail is a sustainable future.

“We have to lead the way. We want to be at the forefront of change, not only in Canada, but globally as part of the Selfridges Group; it’s good for the people and the planet. it’s just going to make Holt Renfrew a very relevant brand for the future. This is a journey. We will continue to showcase what we are doing with our partners, our team, our customers, to raise awareness and hopefully to inspire other people to do the same. We can’t do it alone. We have to do it with other people to make significant progress.”

Holt Renfrew operates seven stores across Canada, including four in the greater Toronto area, and one each in Montreal, Calgary and Vancouver, as well as holtrenfrew.com. The Selfridges Group operates 25 stores under five brand names: Selfridges in the U.K.; Brown Thomas and Arnott’s in Ireland; De Bijenkorf in The Netherlands, and Holt Renfrew in Canada.

LONDON (REUTERS) – Over 400 financial firms in Britain have shifted activities, staff and a combined £1 trillion (S$1.84 trillion) in assets to hubs in the European Union due to Brexit, with more pain to come, a study from New Financial think tank said on Friday (April 16). “We think it is an underestimate and […]

LONDON (Reuters) -British inflation surged to a 10-year high last month as household energy bills rocketed, according to data on Wednesday that will bolster expectations that the Bank of England will raise interest rates next month.FILE PHOTO: People shop at market stalls, with skyscrapers of the CIty of London financial district seen behind, amid the […]

Is Biden Missing His Chance on Guns?