A Labour MP who is a member of the Education Committee has accused Conservatives on the committee of fuelling “culture wars” by claiming that terminology like “white privilege” may have contributed towards a “systemic neglect” of white working-class pupils.

Kim Johnson told Sky News she and other Labour members of the committee argued for the section of the report to be withdrawn “because we knew that this would happen”.

“That instead of looking at key aspects of the report, people would focus in on this terminology,” the Liverpool Riverside MP said. 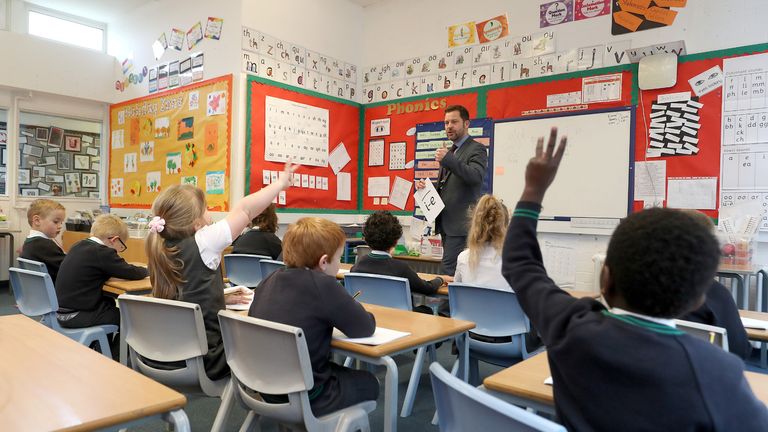 “The language and the use of this will – and has – contributed to culture wars.”

Ms Johnson added: “What the report does from my point of view, and the other Labour MPs on the committee, is that it pits white against black.

“What we should be doing is making sure that resources and funding go into those communities that have been left behind.

“The Tories do have selective amnesia. Eleven years of austerity has had a significant impact on communities like mine in Liverpool.”

The Labour MP said it was not true to suggest that the issue of underachievement among white working class pupils had been ignored and that statistics had been “cherry picked” by Conservatives on the committee.

“When they talk about it being ignored or swept under the carpet, and it’s muddled or lazy thinking, I would have to disagree with that,” she said.

Other Labour MPs also hit out at the claims around the use of “white privilege”.

“A decade of Conservative austerity in education, housing, and youth services did.

“Just as it destroyed the life-chances of working class Black and minority ethnic kids. Stop trying to divide us.”

And Diane Abbott, a former shadow home secretary, accused Conservatives on the committee of hijacking it “to peddle divisive ‘culture wars’ nonsense”.

The Education Committee, which is made up of seven Tory MPs and four Labour MPs, said in its report that schools must consider the implication of “politically controversial terminology” and find “a better way to talk about racial disparities”.

Its report agreed with the Commission on Race and Ethnic Disparities that the term “white privilege” can be “divisive” and said disadvantaged white pupils have been let down by “muddled” policy thinking.

Conservative MP Robert Halfon, the chairman of the committee, told Sky News that the underachievement of white working class boys and girls had “been a taboo subject for too long” and “not enough is being done to remedy it”.

He defended the criticism of the term “white privilege” contained in the report, saying statistics show that “white working class boys and girls sadly struggle and underperform across the education system, compared to most other ethnic communities and other cohorts”.

Mr Halfon added: “It’s a wrongheaded approach because it implies a collective guilt when it should be individual responsibility for acts of racism.

“It says to disadvantaged white communities that they are privileged, which is far from the case and it’s factually wrong.”

He said it was a term that “should be stopped once and for all”.

Mr Halfon said he had “huge respect” for Ms Johnson and “we just have a disagreement with her on this subject”.

“It’s a very contentious subject, I accept that,” he said.

“For too long, discussing the disadvantages faced by white working class pupils has been a taboo subject and we can’t sweep this under the carpet any longer.

“I don’t think normal people discuss the words ‘culture war’ or even realise what it means. 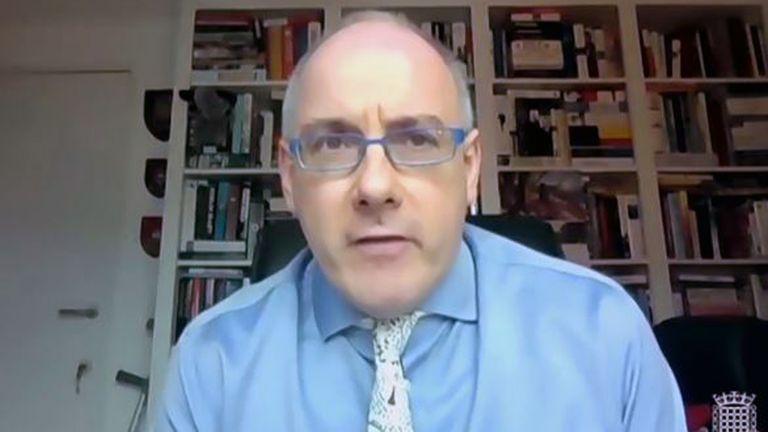 “I’m not interested in that. I’m interested in addressing social injustice in education and why it is that white working class boys and girls on free school meals underperform compared to most other cohorts.

“That is wrong and we need to change it.”

Among the recommendations put forward by MPs were the need for tailor-made funding at a local level and a focus on attracting good teachers to challenging areas.

Apprenticeships and vocational opportunities should also be more widely promoted, they said.

The committee found that 47% of white British pupils eligible for free school meals (FSM) – about 28,000 children – did not meet the expected standard of development at the end of the early years foundation stage in 2018/2019.

In 2019, just 17.7% of FSM-eligible white British pupils achieved at least a strong pass (grade 5 or above) in English and maths at GCSE, compared with 22.5% of all FSM-eligible pupils.

The committee found these disparities striking because white people are the ethnic majority in the country, yet FSM-eligible white British pupils are the largest disadvantaged group.

A Department for Education spokesperson said: “This government is focused on levelling up opportunity so that no young person is left behind.

“That’s why we are providing the biggest uplift to school funding in a decade – £14bn over three years – investing in early years education and targeting our ambitious recovery funding, worth £3bn to date, to support disadvantaged pupils aged two to 19 with their attainment.”

We will use your email address only for sending you newsletters. Please see our Privacy Notice for details of your data protection rights. The French President issued the latest warning as he arrived for the crunch two-day European Council summit of EU leaders in Brussels, where it is hoped progress can be made over a […]

WASHINGTON (Reuters) – Former schoolteacher Amy Kennedy won a Democratic primary in New Jersey on Tuesday to become the standard-bearer to take on U.S. Representative Jeff Van Drew, who last year switched parties to become a Republican, in the November election. Kennedy, who is married to former Congressman Patrick Kennedy, a member of the storied […]

Hickenlooper’s party is talking about expanding Supreme Court’s size, but he isn’t – yet – The Denver Post