The virtual 2021 AAFA American Image Awards, which benefits the Council of Fashion Designers of America Foundation, honored companies and individuals Monday that are committed to diversity, inclusion, innovation and global reach.

The 43rd annual ceremony was hosted by Segun Oduolowu, who noted that, “Such amazing work is being done by these incredible organizations and especially over this last year of new challenges and new realities. But tonight is all about embracing new opportunities.”

Stephen Lamar, president and chief executive officer of the AAFA, which represents more than 1,000 brands around the globe, spoke from the National Mall in Washington, D.C. and welcomed the attendees by saying that, “This is indeed a summer of recovery for many individuals, families and communities. We’ve gotten this far together because of heroic efforts by so many throughout our country and the world.”

He added that, “While our work is not done, and COVID-19 remains a very real threat throughout the world, I’m confident we have the purpose and resolve to tackle the many challenges that lay before us.” He also noted that the AAFA is focused on helping companies thrive, fighting the toughest battles, ending the trade wars and protecting brand integrity.

For the past five years, the AAFA has partnered with the CFDA Foundation as its beneficiary of the American Image Awards. The gala will return next year to The Plaza Hotel on April 26.

In a taped conversation with CaSandra Diggs, president of the CFDA, Lamar said, “This year, we advocated jointly on a number of policy fronts, both those that related to COVID-19 and those that don’t.”

According to Diggs, the American Image Awards partnership has supported industry investments and the CFDA Foundation in all of its programming, most recently in its diversity, equity and inclusion work.

“Collectively these investments have helped support CFDA’s ability to be a better steward of our industry’s future,” said Diggs, noting that the very top levels of leadership  must play a part in making the ultimate culture shift. CFDA has launched the IMPACT program and increased financial support of the Designer Hub, both of which identify and support underrepresented creatives and professionals in fashion. As a result, she’s seen increased volume of investments in brands of color, with six of 10 Fashion Fund finalists being from the Designers Hub and $1 million awarded through a CFDA donation to Icon360. She’s also seen promotions and hires of professionals of color in key positions in leading organizations.

Colin Browne, chief operating officer of Under Armour and chairman of AAFA, said, “The expression that we may all be in the same storm, but we’re not in the same boat, is so very true. The past year has truly amplified the inequalities that exist in our society. We need leadership, leadership that is intentional and grounded in purpose. We need to be nimble, adaptable, but most important to be vocal. We have the responsibility to be a force for good,” Browne said.

Further, Browne said that over the past year, the industry has moved in very unexpected ways and it happened far faster than they ever expected, “Consumers and their expectations have changed. They expect us to be sustainable. They expect us to be global citizens.…We have the opportunity lean in and embrace these changes. And that I believe is the strength of this community.”

In accepting the Fashion Maverick Award, Lindsay Peoples Wagner, cofounder of Black in Fashion Council, which was founded last August, said, “We are incredibly honored to be a part of so many changes in the industry that occurred. We just really wanted to work hard and make sure there was measurable and sustainable changes in the industry. We have a long road ahead.” Sandrine Charles, the other cofounder, added that she envisions a day where Black people are represented and amplified at every level. 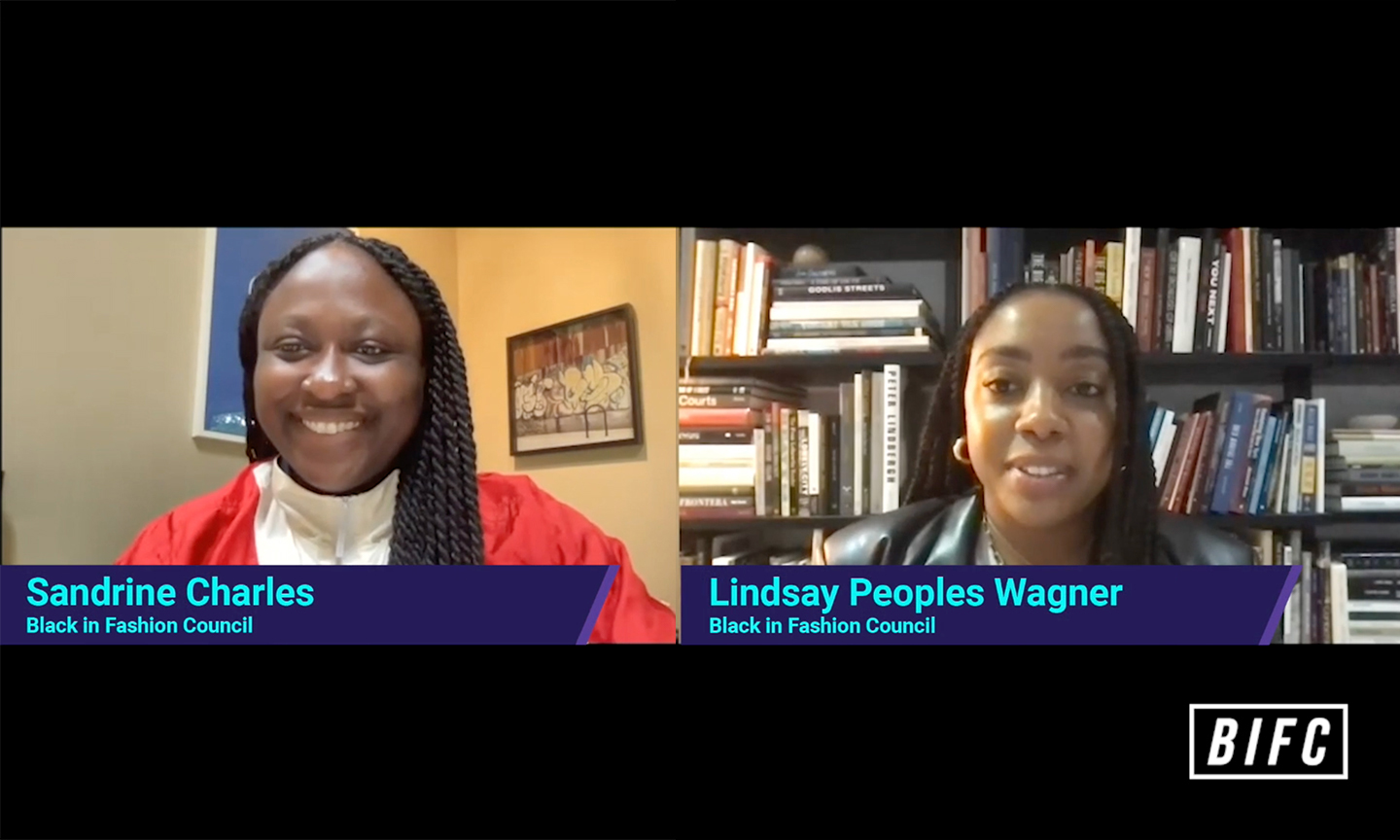 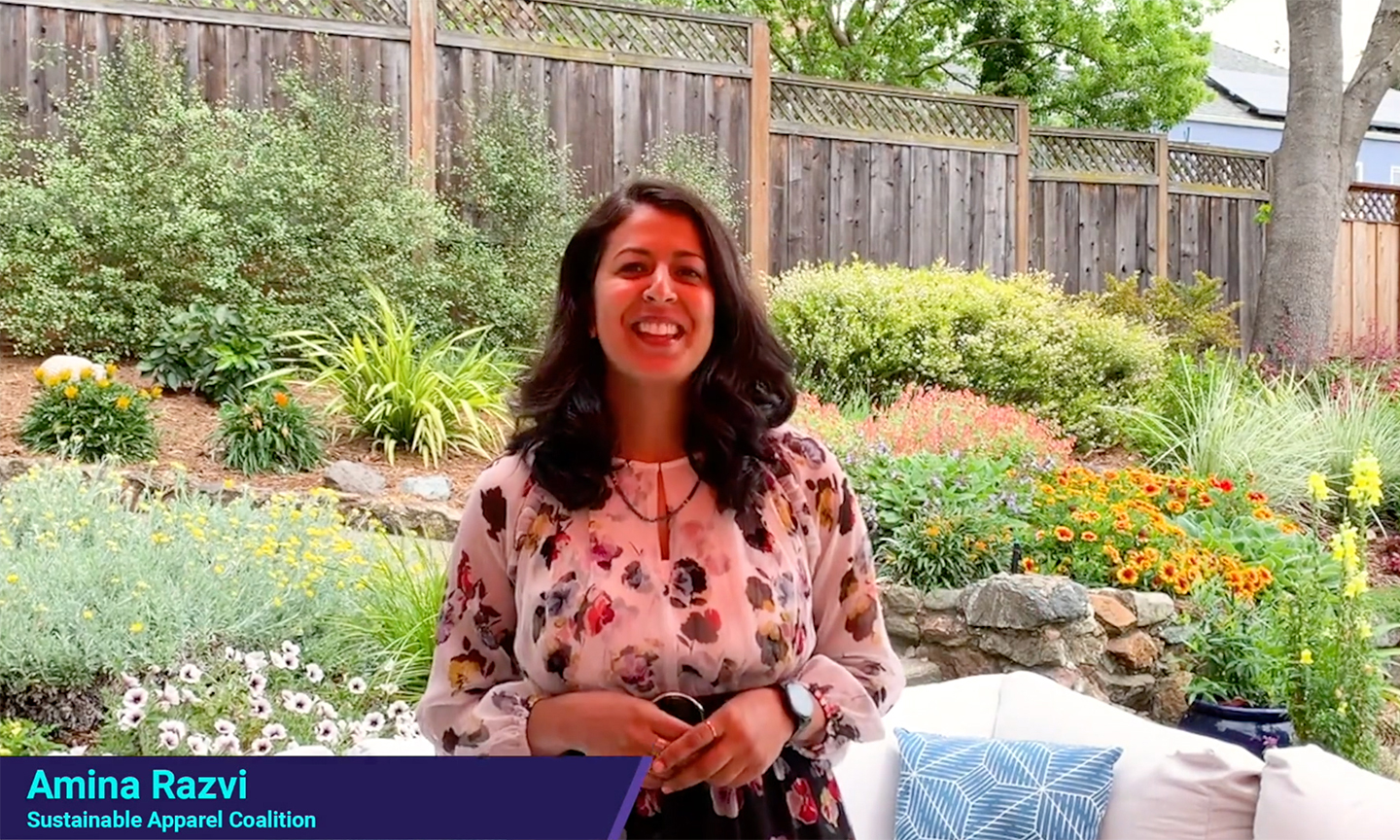 Ravzi said this has been a 10-year journey and she’s incredibly proud to see their work recognized by the AAFA. In May, they launched their new transparency program that will help companies communicate their sustainability performance to both consumers and stakeholders “helping them make more informed decisions as well as drive collective action and scale,” she said. “Now more than ever, we need to come together as an industry to solve systemic challenges that no single organization can solve alone,” she said. “We believe that partnership is the new leadership…there’s so much work to do and no time to waste,” she added.

In receiving the Digital Innovator of the Year award, Liyia Wu, founder and CEO of ShopShops, said, “I’m humbled to be recognized in such a challenging year. With COVID-19 lockdown and so many challenges, I was happy to keep so many of my favorite brands afloat through live selling…when physical shopping wasn’t an option.” She said there’s no doubt that this past year has altered the way consumers shop forever. “It is my hope that ShopShop can help preserve the art of shopping. Shopping is not just commerce, but discovery and entertainment.” 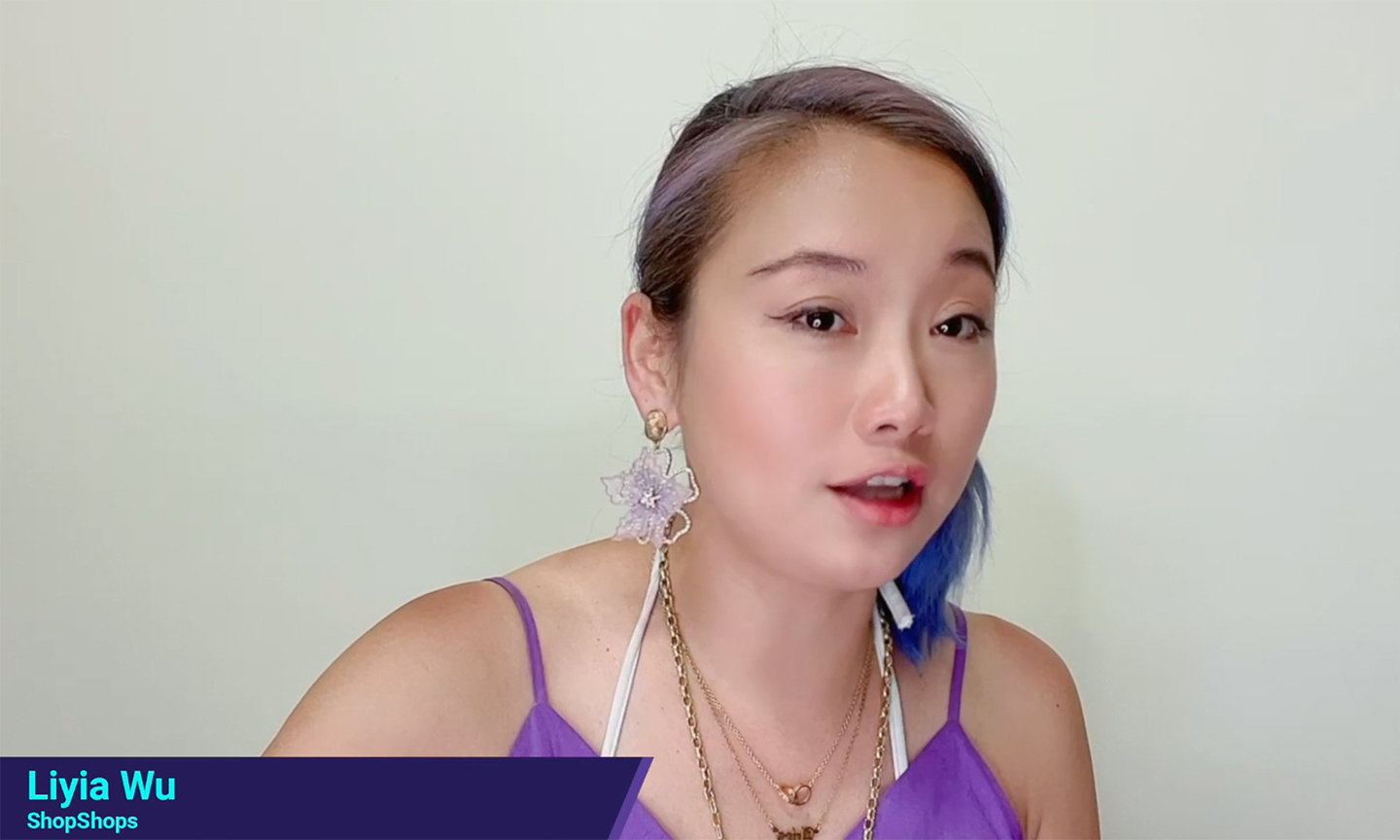 Nina Garcia, editor in chief of Elle, introduced Gabriela Hearst as designer of the year. “[Gabriela] is someone I have great admiration for both professionally and personally. She is a fellow Latina and someone who has become an inspiration to everyone in our community.

Hearst, who was videotaped in Paris, thanked the AAFA for honoring herself and her team, expressing that this honor gives her company the fuel to focus on their sustainability mission. 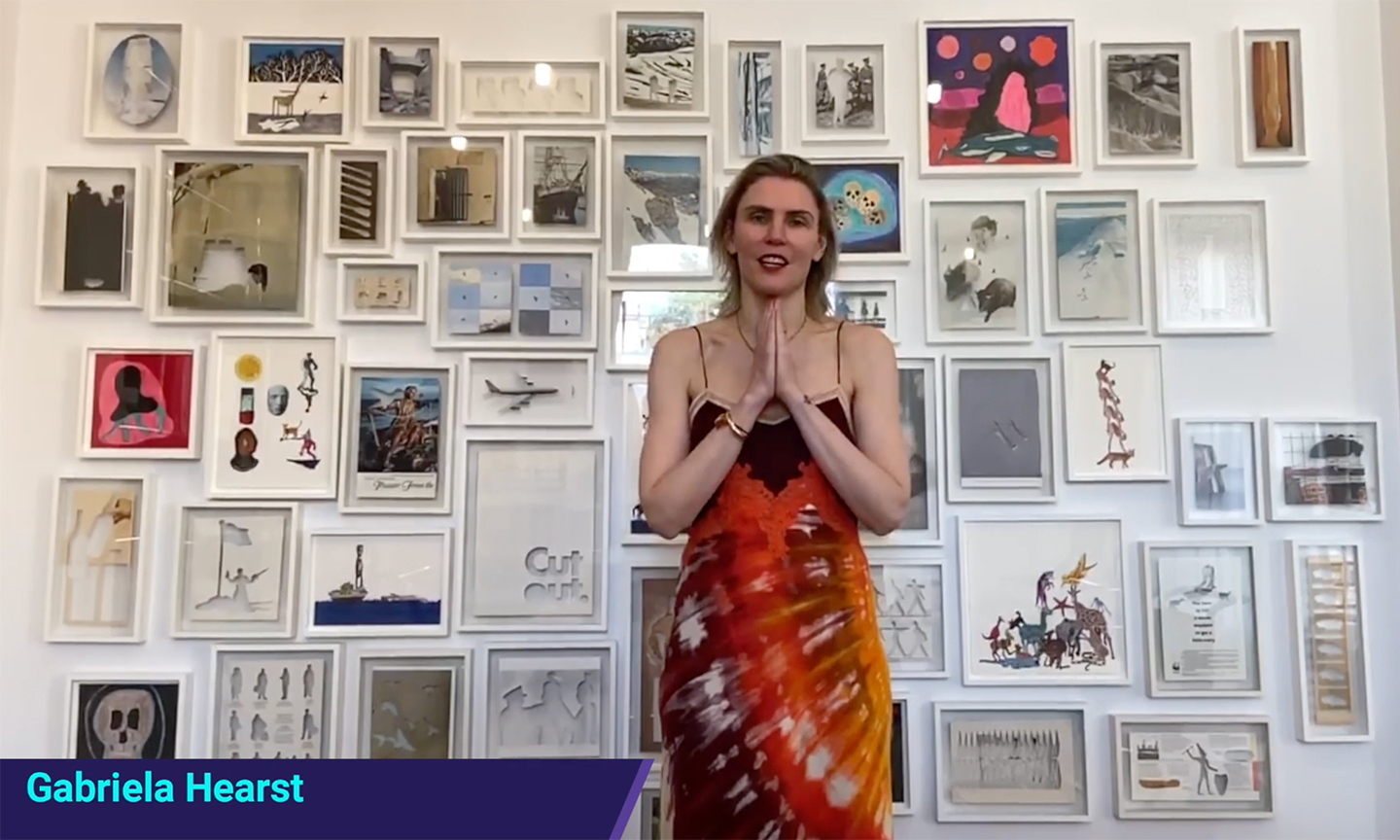 Designer Brandon Maxwell, who won AAFA’s Designer of the Year last year and is also the creative director of Walmart’s elevated brands, introduced Denise Incandela, executive vice president, apparel and private brands at Walmart, who accepted Retail Innovator of the Year on behalf of Walmart. Maxwell said it was a dream of his to be carried by Walmart his whole life because he shopped there growing up and it’s a place he continues to shop.

In accepting the award, Incandela said, “It’s been a year unlike any other. Bringing your [Maxwell’s] creative direction and incredible design talent to Free Assembly and Scoop brand is definitely one of the highlights.”

She also congratulated her fellow winners, “You’re an impressive group, and your accomplishments are taking the industry to the future at lightening speed. It’s a future we couldn’t have predicted 16 months ago, before we knew how a global pandemic would affect retail and shopping behavior in both the short and long term, from groceries to pet supplies to home goods to apparel and everything in between. We’ve all been working hard to be there for our customers when they needed us most,” she said.

Over the course of the last year, she said they expanded their grocery and pick up options; they launched Walmart Plus, which enables customers to save time and money, and partnered with federal, state and local governments to put COVID-19 testing and vaccine distribution in place in Walmart locations across the country. “Looking back, it’s really remarkable to witness the innovation that was born from a necessity to move fast and be there for our customers,” she said.

But she also touched on the lighter moments: “We sold a lot of fantastic tops for those Zoom calls and we chased loungewear and slippers for the entire year because our customers wanted to be comfortable at home.” She said they aggressively added national brands like Champion, Reebok and U.S. Polo Association and expanded exclusive elevated brands like Free Assembly, Soffe and Scoop. She said they are excited to partner with Maxwell to elevate their brands; that they have partnered with ThredUp, and acquired Zeekit, a virtual fit technology.

Spanning more than 40 countries and employing 61,000 associates, HanesBrands produces 70 percent of its apparel in its own factories. 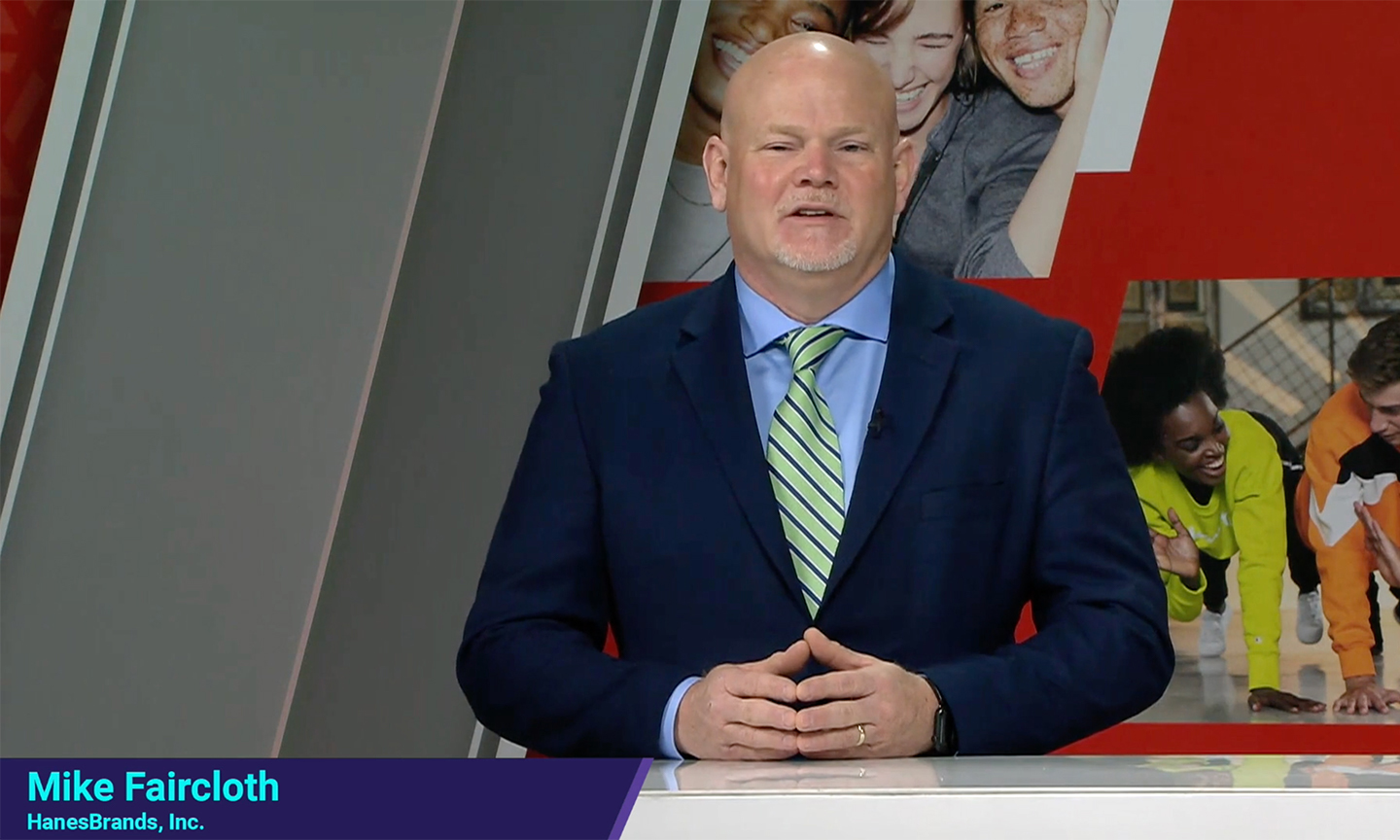 “We sincerely appreciate AAFA honoring our company’s long-standing commitment to corporate stewardship and sustainability,” Faircloth said. “Similar to all companies, Hanesbrands had to quickly face the COVID-19 pandemic’s unprecedented challenges from keeping our people safe to navigating an uncertain economic environment.” He said they were able to pivot their operations in a matter of weeks “meeting an urgent need at a critical time.”

He said the credit goes to its manufacturing associates, supply chain team and the associates throughout the company who came together to work together under the most difficult circumstances and noted that, “Sustainability is one of our core strengths and we’ve re-doubled our commitment to this important space.”

(Reuters) – U.S. stocks dropped on Monday after a spike in new coronavirus cases in China and parts of the United States dampened hopes of a swift economic recovery that had driven a sharp rise in Wall Street’s main indexes over the past month. Battered shares of U.S. airlines, casino operators and cruise operators slipped […]

PARIS — LVMH Moët Hennessy Louis Vuitton’s philanthropy arm is donating 5 million euros to the Pasteur Institute of Lille, France for research to help fight the coronavirus, stepping in with a  boost for a project as it began to show significant promise. The institute noted researchers had identified a molecule that has been “particularly […]

Retail sales surged 5.3 percent in January, far higher than analysts and economists expected, providing a needed jolt to an economy that showed signs of weakening at the end of last year. The large jump in sales, reflected in data released Wednesday by the Commerce Department, was most likely fueled by the latest round of […]

Ups and downs: the battle to buy Thyssenkrupp’s elevator unit

This is another News Portal > World News > CITIC to sell 22% stake in McDonald’s China business to PE arm: sources