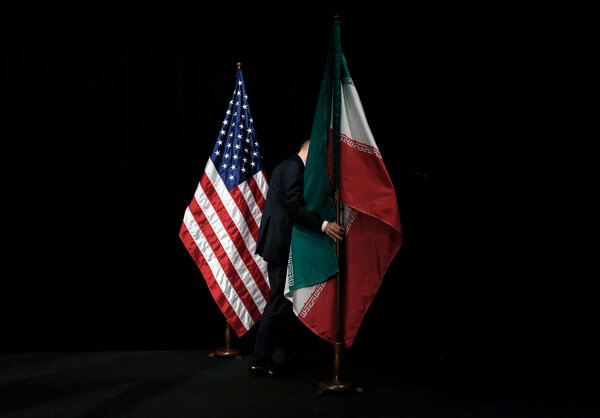 Since Iran and the U.S. held more talks this week to try to revive their nuclear deal, with some progress reported, I want to share my views on this subject: I supported the original deal negotiated by Barack Obama in 2015. I did not support Donald Trump’s tearing it up in 2018, but when he did I hoped that he’d leverage the economic pain he inflicted to persuade Iran to improve the deal. Trump failed at that, leaving Iran free to get closer than ever to a bomb. I support Joe Biden trying to revive the deal. And I support Israel’s covert efforts to sabotage Iran’s ability to ever build a nuclear weapon — no matter what the deal.

Power Play is a weekly column that looks at various facets of US-China rivalry and its implications for Asia. China and the United States are expected to send new envoys to each other’s countries soon, refreshing the slate with two highly experienced and well-regarded career diplomats. Please subscribe or log in to continue reading the […]

Gail Collins: Bret, recently you assured me you were enthusiastic about Joe Biden’s big spending initiatives. Am I remembering that right? And are you still on the team? Just looking for an update to brighten the day. Bret Stephens: Gail, I’ll answer you on that point in a second, but I wanted to follow up […]

Why does Dominic Cummings hate Boris so much? The 3 reasons he’s out for bitter revenge

This is another News Portal > World News > Macy’s, Hudson’s Bay to temporarily close U.S. stores due to virus outbreak