Samoa’s first female prime minister has been locked out of parliament by the country’s outgoing leader – but still sworn into office in a makeshift ceremony held inside a tent.

Fiame Naomi Mata’afa and her supporters showed up at the parliament building in the Pacific nation’s capital of Apia to form a new government, but were not allowed inside.

Allies of Tuilaepa Sailele Malielegaoi, who had been prime minister for 22 years before his unexpected election loss, locked the doors of parliament before Ms Mata’afa arrived. 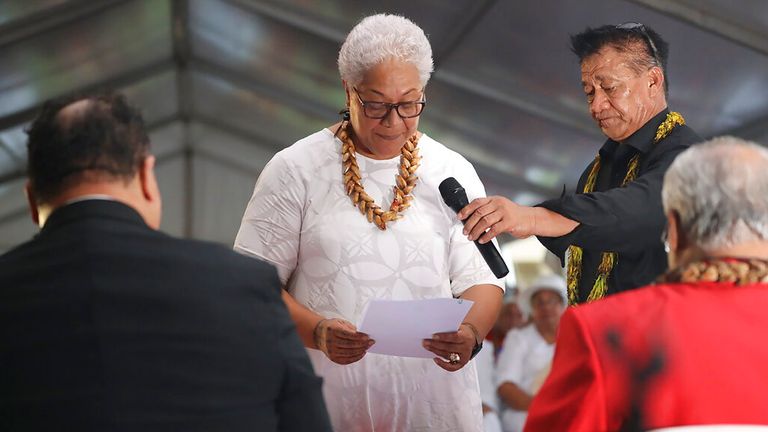 The caretaker government refused to unlock the doors to allow a transition of power, forcing Ms Mata’afa and members of her party to take the oath in the adjacent gardens and then announce the move on social media.

It comes a month after the election and follows an order from the nation’s Supreme Court for parliament to convene.

The constitution requires that politicians meet within 45 days of an election, with Monday being the deadline.

The 64-year-old’s election win was seen as a milestone not only for Samoa, which is conservative and Christian, but also for the South Pacific – which has had few female leaders.

Last week, Ms Mata’afa pledged to cancel a $100m Chinese-backed port development, calling it excessive for the small island that is already heavily indebted to China.

The proposed construction of the wharf in Vaiusu Bay has been a divisive issue in Samoa.

It played a part in April’s elections and has threatened to spark a waterfront contest in the Pacific, as the US and its allies respond to China’s growing influence in the region.

The independent candidate chose to go with Ms Mata’afa, who was previously the deputy prime minister and split with the government last year after opposing constitutional and judicial changes.

However, the electoral commissioner appointed another HRPP candidate to make it 26-26, saying it was required to conform to gender quotas. 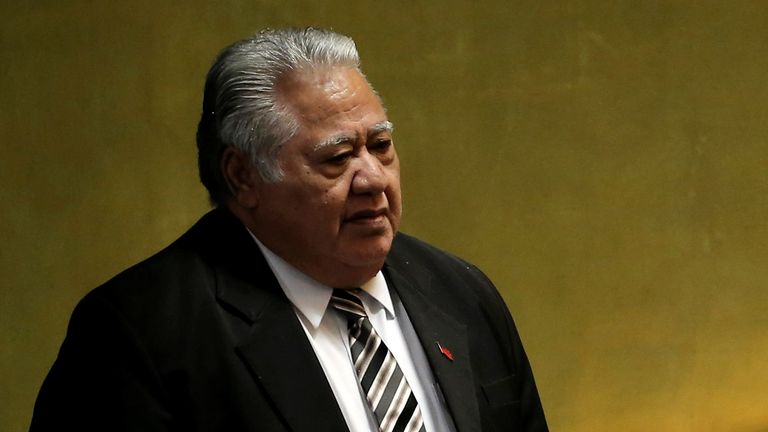 The head of state – Tuimalealiifano Va’aletoa Sualauvi II – then stepped in to announce fresh elections to break the tie and they were due to be held last week.

But Ms Mata’afa’s party appealed against the plans and the Supreme Court ruled against both the appointed candidate and the proposal for the new elections, restoring the FAST Party to a 26-25 majority.

HRPP has ruled Samoa since 1982 and Mr Malielegaoi is the world’s second-longest serving prime minister.

By Timothy Gardner WASHINGTON (Reuters) – The Trump administration is seeking to ease a severe cash crunch in the drilling industry by raising loan limits available under a coronavirus stimulus package and by barring lenders from discriminating against drillers, according to Energy Secretary Dan Brouillette. The measures come as oil and gas companies working in […]

By Tina Bellon (Reuters) – Uber Technologies Inc <UBER.N> said on Monday its app will list job openings in the delivery, food production and grocery industry that its U.S. drivers can access during a slump in ride-hailing demand due to the coronavirus. Beginning on Monday, drivers can find job listings of other companies in a […]

Greater Manchester health chiefs have urged anyone who has travelled there from Tier 4 areas or Wales to undergo 10 days self-isolation. The region's 10 Directors of Public Health said the quarantine should start from December 19 and visitors must remain indoors in the property where they are currently staying. Other people who live in […]

This is another News Portal > World News > Cathay Pacific flags ‘significant’ drop in first-half profit, capacity cuts due to coronavirus