At least 15 people are dead and more than 500 homes destroyed by a volcanic eruption in the Democratic Republic of Congo.

Mount Nyiragongo erupted on Saturday night, sending about 5,000 people fleeing from the city of Goma across the border into Rwanda.

Another 25,000 people headed northwest to Sake, in the province of North Kivu. 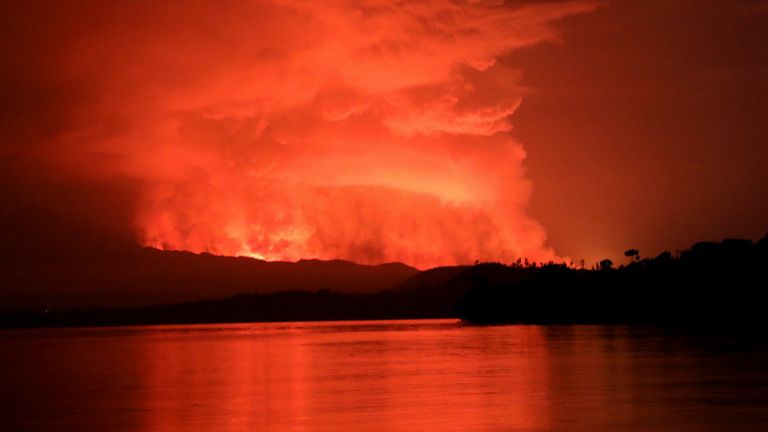 More than 170 children are missing and UN officials are organising transit centres to help unaccompanied children.

Government spokesman Patrick Muyaya said that, of the 15 people killed, nine had been involved in a traffic accident as they fled, four had been trying to escape a prison, and two suffered fatal burns. 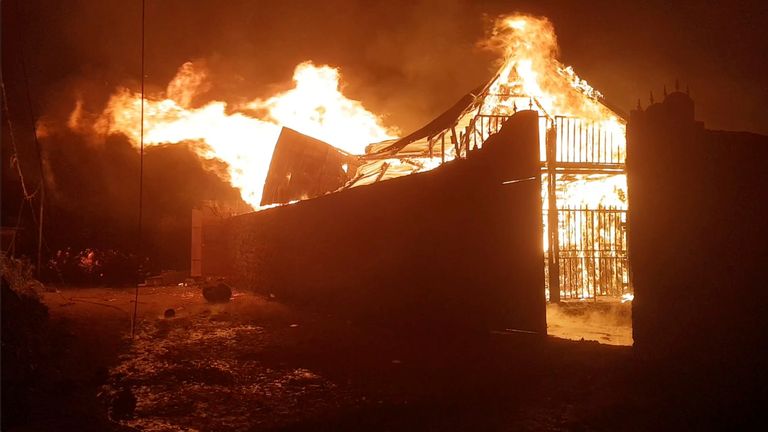 The main road north out of the city was also ruined, as was the main electricity supply.

Aline Bichikwebo and her baby escaped when lava reached her village, but her mother and father were killed.

Ms Bichikwebo said she had tried to move her father to safety before their home was ignited by the lava, but she had not been strong enough.

“I am asking for help because everything we had is gone,” she said, adding: “We don’t even have a pot. We are now orphans and we have nothing.”

Alumba Sutoye said: “People are still panicking and are hungry.

“They don’t even know where they are going to spend the night.” In the Buhene area near the city of Goma, Innocent Bahala Shamavu said: “All the houses in Buhene neighbourhood were burned.

“That’s why we are asking all the provincial authorities and authorities at the national level as well as all the partners, all the people of good faith in the world, to come to the aid of this population.” 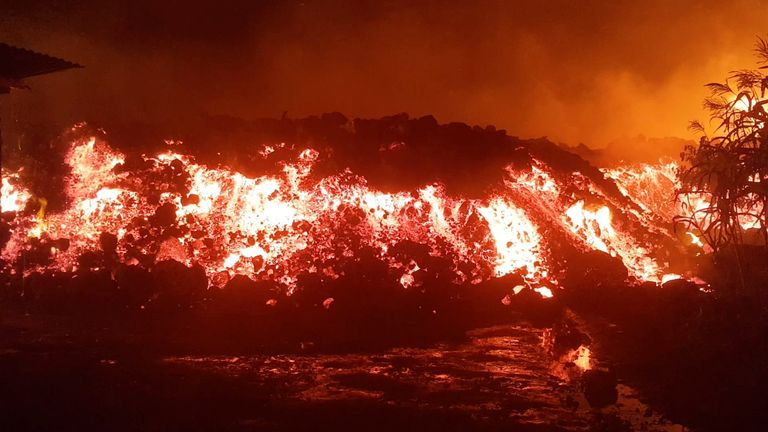 The air was still thick with smoke on Monday due to so many houses having caught fire.

Hundreds died and more than 100,000 people were left homeless in that eruption, which also saw lava flow onto runways at the city’s airport.

Goma is the base for a number of humanitarian agencies as well as a UN peacekeeping mission, with much of eastern Congo destabilised by armed groups fighting over natural resources.

The Daily Star’s FREE newsletter is spectacular! Sign up today for the best stories straight to your inbox Sales of the morning after pill, condoms, STI treatments and viagra are soaring since pubs reopened. Brits of all ages have been "waking up" to sex with strangers after months of lockdown, said experts. Sex-starved singletons were […]

NMC Health board replaced by administrators