The Biden administration’s drive to empty detention centers at the border has created new concerns as children fill emergency shelters run by the Department of Health and Human Services. 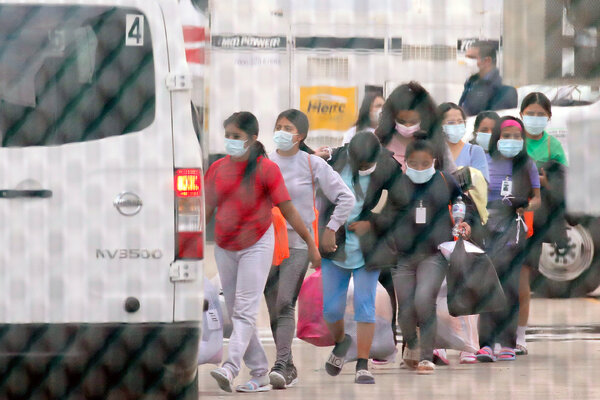 WASHINGTON — In a federal shelter in Dallas, migrant children sleep in a windowless convention center room under fluorescent lights that never turn off.

At another shelter on a military base in El Paso, teenagers pile onto bunk cots, and some say they have gone days without bathing.

And at a shelter in Erie, Pa., problems began emerging within days of its creation: “Fire safety system is a big concern,” an internal report noted. Some of the hot water heaters were not working, and lice was “a big issue and seems to be increasing.”

Early this year, children crossing the southwestern border in record numbers were crammed into Customs and Border Protection’s cold-floored, jail-like detention facilities. They slept side by side on mats with foil blankets, almost always far longer than the legal limit of 72 hours. Republicans declared it a crisis. Democrats and immigration groups denounced the conditions, which erupted into an international embarrassment for President Biden, who had campaigned on a return to compassion in the immigration system.

The administration responded by rapidly setting up temporary, emergency shelters, including some that could house thousands of children. But the next crisis is coming into view.

“I know the administration wants to take a victory lap for moving children out of Border Patrol stations — and they deserve credit for doing that,” said Leecia Welch, a lawyer and the senior director of the legal advocacy and child welfare practice at the National Center for Youth Law, a nonprofit law firm focused on low-income children. “But the truth is, thousands of traumatized children are still lingering in massive detention sites on military bases or convention centers, and many have been relegated to unsafe and unsanitary conditions.”

Xavier Becerra, the secretary of health and human services, put the best face on the situation in an interview on Friday. Conditions at the emergency facilities varied, he said. “It’s site by site.”

On Thursday he visited the department’s shelter at the convention center in Long Beach, Calif., where nearly 700 children, mostly ages 12 and under, are staying, a fraction of the 20,000 migrant minors in government custody. 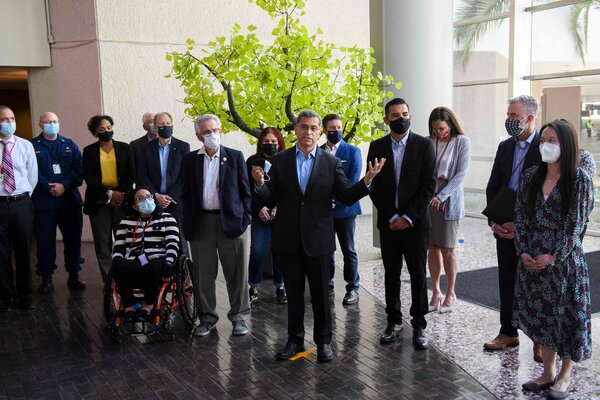 “I was not only gratified to see that it’s working, but I was actually uplifted by what I saw,” Mr. Becerra said. It was his first shelter tour since he was confirmed in mid-March.

There is broad agreement that the emergency shelters, run by the Health and Human Services Department’s Office of Refugee Resettlement, are an improvement over the Border Patrol facilities. But interviews with children’s advocates and a review of weeks of internal reports obtained by The New York Times paint a picture of a shelter system with wildly varying conditions, some of which are far below the standard of care that the Biden administration has promised.

WASHINGTON — As senators barreled down a Senate basement tunnel fleeing the pro-Trump mob storming the Capitol on Jan. 6, Patrick J. Leahy, the chamber’s longest-serving senator, glanced up at the Vermont flag hanging overhead and offered a promise. “Don’t worry, Vermont’s going to be represented,” Mr. Leahy vowed. Shortly after, a law enforcement officer […]

EU trying to ‘undo’ gains made in Brexit says Sammy Wilson We use your sign-up to provide content in ways you’ve consented to and to improve our understanding of you. This may include adverts from us and 3rd parties based on our understanding. You can unsubscribe at any time. More info Millions of bottles of […]