Seychelles has seen a surge in coronavirus cases despite much of its population being inoculated with China’s Sinopharm vaccine. 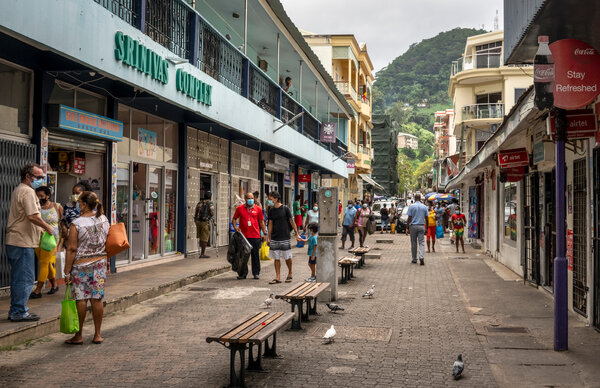 Marie Neige, a call center operator in Seychelles, was eager to be vaccinated. Like the majority of the residents in the tiny island nation, she was offered China’s Sinopharm vaccine in March, and was looking forward to the idea of being fully protected in a few weeks.

On Sunday, she tested positive for Covid-19.

“I was shocked,” said Ms. Neige, 30, who is isolating at home. She said she has lost her sense of smell and taste and has a slightly sore throat. “The vaccine was supposed to protect us — not from the virus, but the symptoms,” she said. “I was taking precaution after precaution.”

China expected its Sinopharm vaccines to be the linchpin of the country’s vaccine diplomacy program — an easily transported dose that would protect not just Chinese citizens but also much of the developing world. In a bid to win good will, China has donated 13.3 million Sinopharm doses to other countries, according to Bridge Beijing, a consultancy that tracks China’s impact on global health.

Instead, the company, which has made two varieties of Covid-19 vaccines, is facing mounting questions about the inoculations. First, there was the lack of transparency with its late-stage trial data. Now, Seychelles, the world’s most vaccinated nation, has had a surge in cases despite much of its population being inoculated with Sinopharm.

For the 56 countries counting on the Sinopharm shot to help them halt the pandemic, the news is a setback. 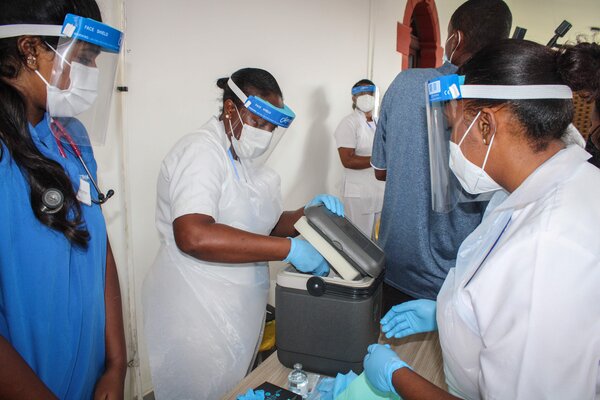 For months, public health experts had focused on trying to close the access gap between rich and poorer nations. Now, scientists are warning that developing nations that choose to use the Chinese vaccines, with their relatively weaker efficacy rates, could end up lagging behind countries that choose vaccines made by Pfizer-BioNTech and Moderna. That gap could allow the pandemic to continue in countries that have fewer resources to fight it.

“You really need to use high-efficacy vaccines to get that economic benefit because otherwise they’re going to be living with the disease long-term,” said Raina MacIntyre, who heads the biosecurity program at the Kirby Institute of the University of New South Wales in Sydney, Australia. “The choice of vaccine matters.”

Nowhere have the consequences been clearer than in Seychelles, which relied heavily on a Sinopharm vaccine to inoculate more than 60 percent of its population. The tiny island nation in the Indian Ocean, northeast of Madagascar and with a population of just over 100,000, is battling a surge of the virus and has had to reimpose a lockdown.

Among the vaccinated population that has had two doses, 57 percent were given Sinopharm, while 43 percent were given AstraZeneca. Thirty-seven percent of new active cases are people who are fully vaccinated, according to the health ministry, which did not say how many people among them had the Sinopharm shot.

SoulCycle Ramping Up Apparel for Women and Men

With riders returning to its studios and others pedaling along virtually, SoulCycle is ramping up its apparel offerings. Having first edged into in-house women’s performance-oriented clothing two years ago with its Soul by SoulCycle brand, the company is branching out with new options for women and an in-house label for men called Yellow. Chief executive […]

J.C. Penney Makes Its Final Push for a Going-Concern Sale

J.C. Penney was back in Texas bankruptcy court on Monday to seek the court’s blessings for its planned sale that the retailer has negotiated for months with Simon Property Group, Brookfield Property and a group of majority first-lien lenders. In an all-day hearing that was still going on as of presstime Monday evening, the retailer’s […]

Dollar steady against most majors in holiday-lulled trading