The vilification of Liz Cheney and a bizarre vote recount in Arizona showed the damage from his assault on a bedrock of democracy: election integrity. 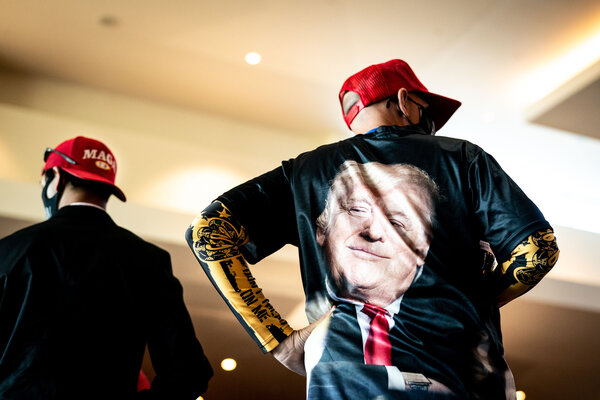 Locked out of Facebook, marooned in Mar-a-Lago and mocked for an amateurish new website, Donald J. Trump remained largely out of public sight this week. Yet the Republican Party’s capitulation to the former president became clearer than ever, as did the damage to American politics he has caused with his lie that the election was stolen from him.

In Washington, Republicans moved to strip Representative Liz Cheney of her House leadership position, a punishment for denouncing Mr. Trump’s false claims of voter fraud as a threat to democracy. Lawmakers in Florida and Texas advanced sweeping new measures that would curtail voting, echoing the fictional narrative from Mr. Trump and his allies that the electoral system was rigged against him. And in Arizona, the state Republican Party started a bizarre re-examination of the November election results that involved searching for traces of bamboo in last year’s ballots.

The churning dramas cast into sharp relief the extent to which the nation, six months after the election, is still struggling with the consequences of an unprecedented assault by a losing presidential candidate on a bedrock principle of American democracy: that the nation’s elections are legitimate.

They also provided stark evidence that the former president has not only managed to squelch any dissent within his party but has persuaded most of the G.O.P. to make a gigantic bet: that the surest way to regain power is to embrace his pugilistic style, racial divisiveness and beyond-the-pale conspiracy theories rather than to court the suburban swing voters who cost the party the White House and who might be looking for substantive policies on the pandemic, the economy, health care and other issues.

“We’ve just gotten so far afield from any sane construction,” said Barbara Comstock, a longtime party official who was swept out of her suburban Virginia congressional seat in the 2018 midterm backlash to Mr. Trump. “It’s a real sickness that is infecting the party at every level. We’re just going to say that black is white now.”

Yet as Republicans wrap themselves in the fantasy of a stolen election, Democrats are anchored in the day-to-day business of governing a nation that is still struggling to emerge from a deadly pandemic.

Strategists from both parties say that discordant dynamic — two parties operating in two different realities — is likely to define the country’s politics for years to come.

At the same time, President Biden faces a broader challenge: what to do about the large segment of the public that doubts his legitimacy and a Republican Party courting the support of that segment by pushing bills that would restrict voting and perhaps further undermine faith in future elections.

A CNN poll released last week found that nearly a third of Americans, including 70 percent of Republicans, said Biden had not legitimately won enough votes to win the presidency. 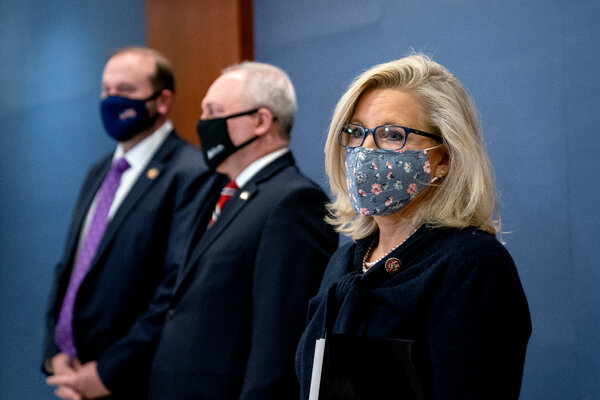 White House aides say Mr. Biden believes that the best way to restore some faith in the democratic process is demonstrating that government can deliver tangible benefits — whether vaccines or economic stimulus checks — to voters.

Former President Donald J. Trump has abruptly parted ways with five lawyers handling his impeachment defense, just over a week before the Senate trial is set to begin, people familiar with the situation said on Saturday. Those departures include his lead lawyer, Butch Bowers, whose hiring was announced last week, a person familiar with the […]

Julia Hartley-Brewer tells Labour to ‘come off the fence’ When you subscribe we will use the information you provide to send you these newsletters.Sometimes they’ll include recommendations for other related newsletters or services we offer.Our Privacy Notice explains more about how we use your data, and your rights.You can unsubscribe at any time. Remainers reacted […]

BEIJING — China on Friday became one of the last major countries to congratulate U.S. President-elect Joe Biden, who is expected to make few changes to U.S. policy in conflicts with Beijing over trade, technology and security. China, along with Russia, avoided joining the throng that congratulated Biden last weekend after he and vice presidential […]

Your Money: How retirement savers can glide through market turmoil