After 11 years of Tories in Downing Street, today’s by-election and local elections are a remarkable disaster for the opposition, showing Labour still going backwards.

Sir Keir Starmer’s first electoral test has not yet yielded any positive news, with the worst by-election since the Second World War and now questions about direction.

This will prompt soul searching across the party, which will now be asking whether there is even a path back to power. There is no one answer to Labour’s problems, only questions.

Here are five of the biggest:

Where are Labour’s heartlands now?

The Tees Valley, where Tony Blair built the foundations of New Labour, continues to turn blue. But there is a striking variety of areas in which the Tories picked up seats and councils elsewhere in the country.

Take the West Midlands. In Nuneaton, just north of Coventry, the Tories have won the council by picking up 10 of the 11 seats straight from Labour, in a result which saw a staggering 25% swing in one ward.

In Dudley, Labour lost 11 of the 14 seats they were defending from 2016. Indeed across all of the West Midlands seats to declare so far, Labour has held just four seats and lost 28 to the Tories.

Meanwhile, in Harlow, Essex, traditionally a swing area which voted heavily to leave the EU, the previously Labour council is now fully controlled by the Conservatives for the first time in a decade.

The English border council of Northumberland, home of Corbyn-supporter Ian Lavery, amongst others, has gone Tory for the first time.

Labour even went backwards in Sunderland, which it retained control of, with seats falling to the Tories and the Labour leader calling it a “bad night”. All of this before results in Scotland and Wales.

Labour has an unresolved Brexit problem

The 2014 Scottish independence referendum may have kept the status quo, but it realigned Scottish politics to the SNP’s advantage.

Today’s by-election and council results suggest something similar is happening in England after the 2016 Brexit referendum. 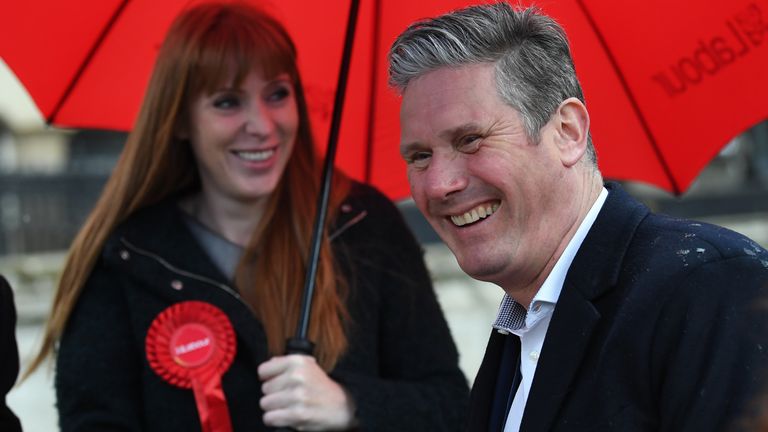 But the salience of the issue continues to be a sore, as Labour report their Hartlepool candidate’s opposition to Brexit and campaign for a second referendum as a problematic issue.

Equally problematic is that Labour just want to avoid the subject. Labour wanted a second referendum at the last election, backed Boris Johnson’s Brexit deal in December and Sir Keir routinely avoids the subject and has little to say about a vision for Britain which explicitly embraces life outside the EU.

Labour’s most prominent MPs are now in danger

Labour have argued Hartlepool was unique in 2019 because the large Brexit Party vote, which helped them defeat the Tories, has now disappeared.

But Hartlepool is not the only Labour seat where there is a large Brexit Party vote which, if supporters switched to the Tories, would then turn blue.

The biggest Brexit Party vote share in 2019 was in Dan Jarvis’ Barnsley Central.

The one-time leadership hope saw his 2019 majority slashed to 3,571 in 2019 while the Brexit Party got 11,233 votes in the seat – suggesting a similar pattern here would cost his seat.

A question Labour shows no sign of wanting to address today, even amongst critics. But there is no way the subject can be completely avoided, with the Labour leader’s personal ratings slipping below Boris Johnson for much of the year and Labour activists reporting voters preferred the PM’s optimism on the doorstep.

Overnight, the start of a blame game began, with many pointing fingers at Sir Keir’s closest allies – particularly his political secretary Baroness Jenny Chapman who oversaw key elements of the Hartlepool by-election, including the date and candidate.

Shadow cabinet loyalists still worry that the leader’s office is too inexperienced and unresponsive, and much of the internal anger is focused on little known characters like Baroness Chapman who play a big role behind the scenes.

Will Sir Keir change his operation, his style or both?

Labour lacks an answer this morning. Keir Starmer says he takes responsibility – thereby acknowledging there is a problem. But there’s no answer. 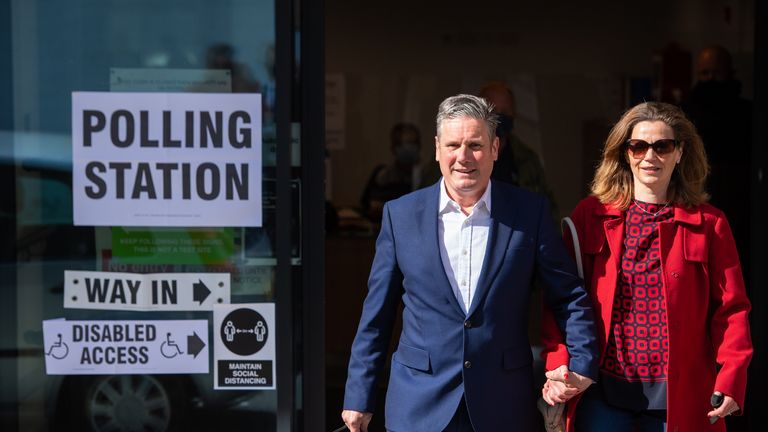 How do they deal with a Tory party that spends like Labour? Is the shadow cabinet up to it? How much of a war do they want to have with the left?

The Labour leader’s office says: “Labour must now accelerate the programme of change in our party, to win back the trust and faith of working people across Britain.” But shadow cabinet ministers looked perplexed at this statement – if they don’t know what this programme is, who does?

When shadow cabinet member Steve Reed was challenged on Sky News about what the party should do next, he said he had personal ideas but viewers would have to wait.

Reed was clear that blame lies with the unpopular Labour brand and there would be no return to Corbynism – which he points out led to the worst defeat for 85 years – is not an option for Sir Keir. But it is not clear what comes in its place.

EU is doomed to fail! And Macron is to blame – Brexiteer’s warning to bloc

Emmanuel Macron says gas prices are providing 'strong pressure' We use your sign-up to provide content in ways you’ve consented to and to improve our understanding of you. This may include adverts from us and 3rd parties based on our understanding. You can unsubscribe at any time. More info French President Emmanuel Macron unveiled a […]

Denver Mayor Michael Hancock will ask the city council to dedicate $2 million in federal COVID-19 relief money to a universal basic income program that would support women and families living in homeless shelters. The modest program — it is expected to give 140 recipients $1,000 a month for a year if supported by the […]