NFTs are hot right now, but there’s a concerted effort afoot to make the complicated process of buying these blockchain-based digital goods easier. The mission has garnered some pretty major league supporters, the latest of which have lined up in a Series A funding round for Bitski, the self-described “Shopify for NFTs.”

Bitski courts consumer and entertainment companies, and it’s clear that some are rallying behind its vision of “simplifying the distribution and creation of NFTs,” as Andreessen Horowitz partner and Clubhouse influencer Sriram Krishnan described it.

It’s much needed, if the tech phenomenon is to have any staying power, particularly among mainstream consumers.

As it is, NFTs, or nonfungible tokens, look like a holy grail for industries besieged by counterfeiters, copyright infringers and other fields dogged by copycat operators. NFT ownership is recorded on a blockchain, the same type of digital ledger that underlies bitcoin and other cryptocurrencies. This means that it can’t be duplicated, making each NFT provably authentic and unique.

But it can be hard for mainstream consumers to wrap their minds around NFTs, and even harder to find and buy them. That tends to be a complicated affair, thanks to esoteric marketplaces that require shoppers to buy cryptocurrencies and add them to a crypto wallet first.

However, blockchain evangelists love to point out that the market is changing. For instance, some point to NBA Top Shot, a digital collectibles forum for basketball fans, as evidence of what can happen when the scenario is made less daunting. 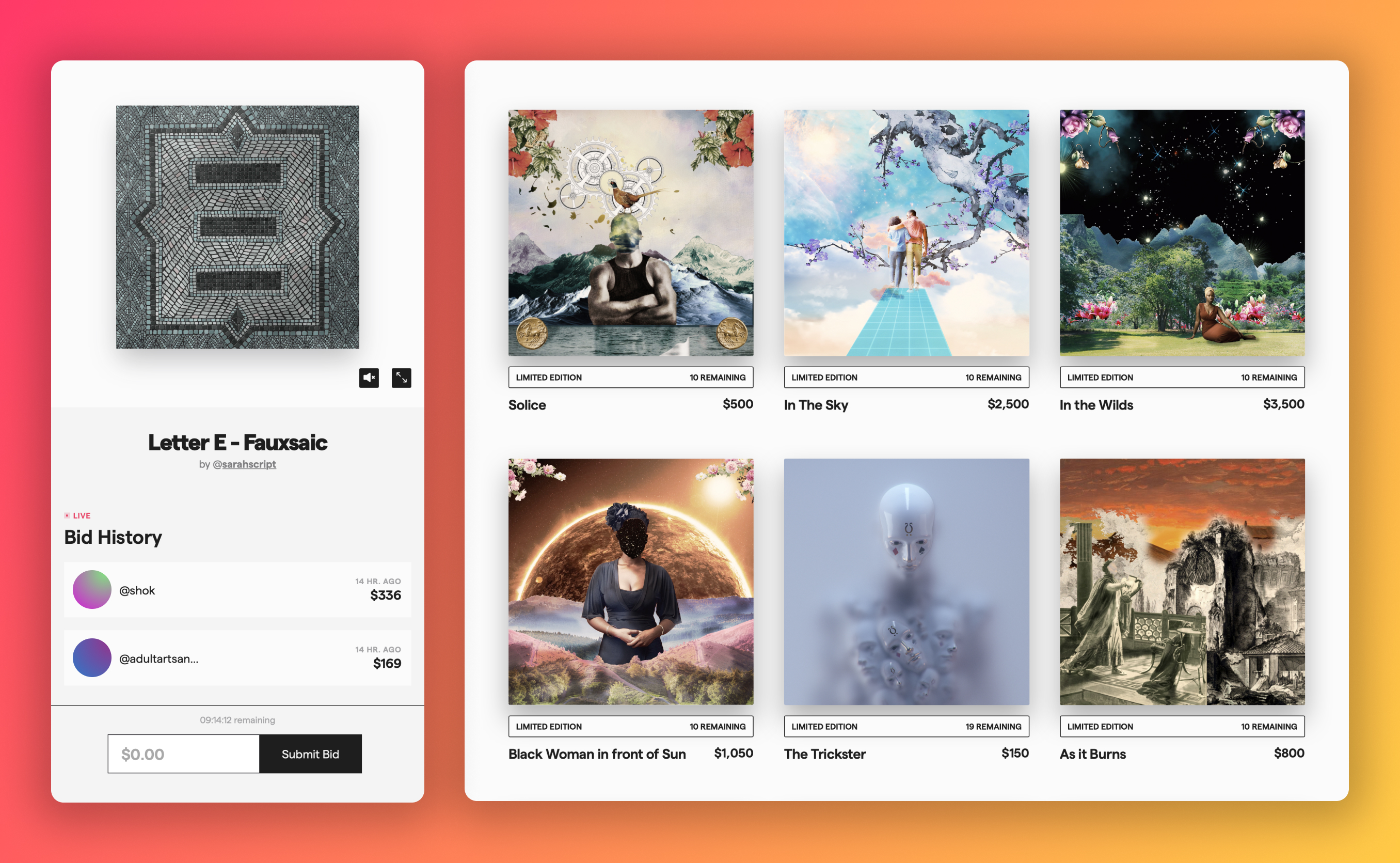 An example of a BItski storefront. Courtesy image

“NBA Top Shot — which allows you to be the owner of a specific shot that was made during an NBA game — started to get mainstream adoption,” Clay Collins, cofounder and chief executive officer of crypto data firm Nomics, told WWD. “I think this is easy for folks to understand because it’s a lot like trading cards and collectibles.”

It also helps that the marketplace doesn’t require customers to buy cryptocurrencies, just to shop. The site accepts credit card payments, which broadens its appeal and accessibility. According to Cryptoslam.io, which tracks token transactions, NBA Top Shot has pulled in more than $560 million in sales since it launched in October 2020.

Now there’s a race to turn out NFT marketplaces with more convenient shopping for digital goods.

This is precisely the area that Bitski is focusing on, and that proposition is “really exciting,” said Krishnan. “Years of work building a secure and scalable crypto infrastructure has them perfectly positioned to be the best on-ramp to NFTs for brands and creators.”

The business targets brands, entertainment companies, game developers and others, helping them create and sell NFTs complete with custom storefronts. According to the announcement, this ecosystem is unlike others, “which act as curatorial gatekeepers.” Instead, the company can help clients sell through their own channels, akin to Shopify’s model.

It’s an ambitious play for a young start-up. But Bitski has grown from its founding in 2018 to serve large and buzzworthy brands. Its technology was behind Wednesday’s Adidas x Trevor Lawrence NFT release, as well as WWE’s NFT drop featuring The Undertaker. It also created the custom storefront for crypto fashion brand RTFKT Studio’s latest drop, Meta-Pigeon, a collaboration with sneaker designer and Staple Design founder Jeff Staple.

Notably, RTFKT just raised $8 million led by Andreessen Horowitz, and it plans to debut its own platform and marketplace later this year. Another, from Singapore-based digital ad firm Vidy and Media Publishares, will focus on fashion, art, music and design. It’s expected to launch in the third quarter. Neuno, a start-up from Sydney focused on luxury fashion, is already working with a select group of brands on an upcoming platform, one that will take credit cards for payment. There are many more hopefuls crowding into this space.

Among them is, obviously, Bitski. And for its part, it also supports credit cards — in fact, it must, if it hopes to succeed in making NFTs more accessible. 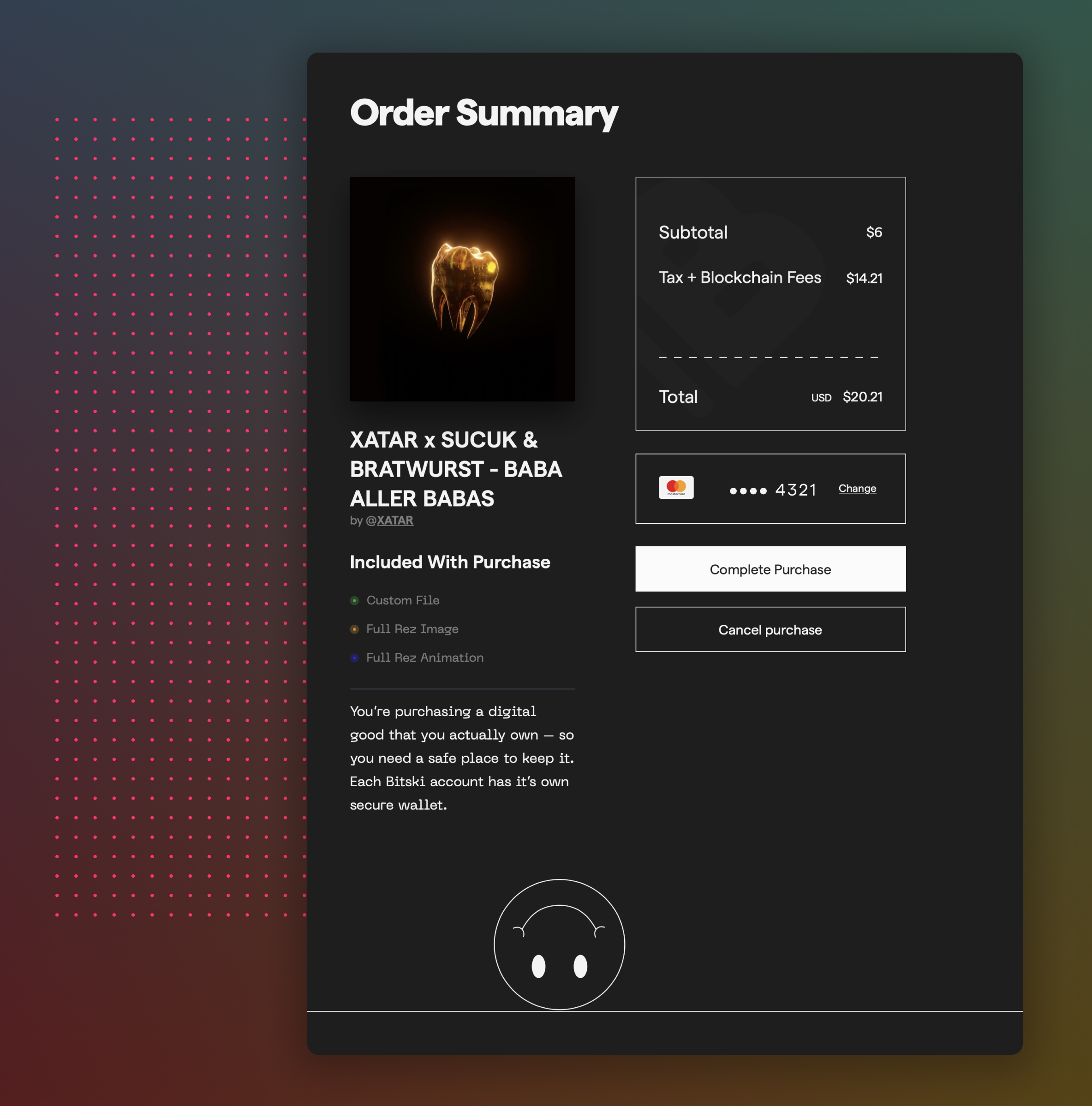 Bitski CEO Donnie Dinch seems confident that he can, seeing the blockchain technology as the future of digital goods. “I think of NFTs as a platform. Like web browsers in the late ’90s, most NFTs are barely scratching the surface of their true potential,” he said. “NFTs unlock an imaginative, new design space for interacting with digital content. The implications around ownership and programmability are the most exciting technical developments we’ve seen in years.”

He didn’t offer specifics on what he plans to do with the Series A funding, other than applying it to the company’s broad goal of making the NFT experience easier, from creation to purchase. But that and its track record are enough to animate investors.

“I’m so excited to be able to play a small role investing in a company that is doing some really incredible things in the commercialization and accessibility of digital goods,” said Andrew Gertler, talent manager and founder of AG Ventures. “Lead by an incredible founder in Donnie, Bitski has from Day One had a firm vision as a platform, and is fast becoming a destination for brands and developers to plug into and easily transact in this new frontier of e-commerce.”

Colorado regulators look at how prepared utilities were for February deep freeze, how to ease impact on ratepayers

With Colorado’s costs of keeping the heat and lights on during February’s deep freeze expected to exceed $1 billion, state regulators took a look Wednesday at how utilities prepared and how they can blunt the impact on customers of the extreme weather that’s happening more frequently. The Colorado Public Utilities Commission is investigating how the […]

Apparis Turns to the Home for Growth Opportunity

The brand has developed a following for its cruelty-free outerwear. The Apparis outerwear line is currently available in over 500 stores in the U.S. and in 20 countries. It recently expanded to include vegan leather, vegan knitwear, and accessories. The premise behind the new home line began with one faux fur blanket that consistently sold […]

NEW YORK (Reuters) – The S&P 500 and the Dow Jones Industrial Average hit all-time highs on Tuesday as cyclical sectors gained on the prospect of more fiscal aid to lift the U.S. economy from a coronavirus-driven slump.FILE PHOTO: The Fearless Girl statue is seen outside the New York Stock Exchange (NYSE) in New York, […]

Opinion | Unvaxxed, Unmasked and Putting Our Kids at Risk