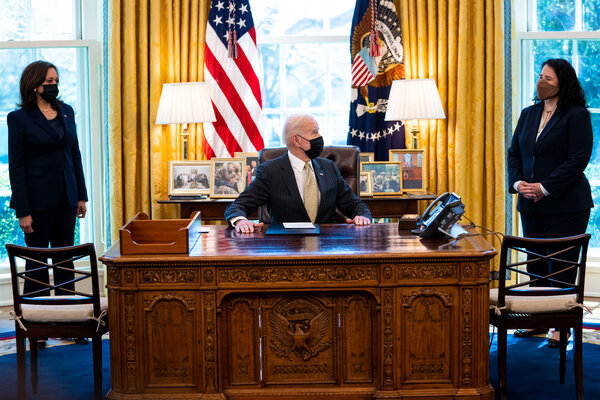 Four weeks before its scheduled end, the federal government’s signature aid effort for small business ravaged by the pandemic — the Paycheck Protection Program — ran out of funding on Tuesday afternoon and stopped accepting most new applications.

Congress allocated $292 billion to fund the program’s most recent round of loans. Nearly all of that money has now been exhausted, the Small Business Administration, which runs the program, told lenders and their trade groups on Tuesday. (An earlier version of this item misstated that the actions it described occurred Wednesday.)

While many had predicted that the program would run out of funds before its May 31 application deadline, the exact timing came as a surprise to many lenders.

“It is our understanding that lenders are now getting a message through the portal that loans cannot be originated,” the National Association of Government Guaranteed Lenders, a trade group, wrote in an alert to its members Tuesday evening. “The P.P.P. general fund is closed to new applications.”

Some money — around $8 billion — is still available through a set-aside for community financial institutions, which generally focus on lending to businesses run by women, minorities and other underserved communities. Those lenders will be allowed to process applications until that money runs out, according to the trade group’s alert.

Representatives from the Small Business Administration did not immediately respond to a request for comment.

Some money also remains available for lenders to finish processing pending applications, according to a lender who was on a call with S.B.A. officials on Tuesday.

Since its creation last year, the Paycheck Protection Program has disbursed $780 billion in forgivable loans to fund 10.7 million applications, according to the latest government data. Congress renewed the program in December’s relief bill, expanding the pool of eligible applicants and allowing the hardest-hit businesses to return for a second loan.

Lawmakers in March extended the program’s deadline to May, but they have shown little enthusiasm for adding significantly more money to its coffers. With vaccination rates increasing and pandemic restrictions easing, Congress’s focus on large-scale relief effort for small businesses has waned.

The government’s recent efforts have been focused on the most devastated industries. Two new grant programs run by the Small Business Administration — for businesses in the live-events and restaurant industries — began accepting applications in recent weeks, though no grants have yet been awarded.

Kate Spade New York, a division of Tapestry Inc., is reorganizing its creative organization structure. Nicola  Glass, creative director of Kate Spade, will leave the company on April 1. The brand has started a search for a head of product design who will lead design across all categories, including handbags and accessories, ready-to-wear, jewelry, footwear […]

Facebook said on Wednesday that revenue rose 56 percent to $29 billion in the three months ending in June compared with the same period last year, while profits rose 101 percent to $10.4 billion, as the social network continues to benefit from a surge of users spending more time online during the pandemic. Advertising revenue, […]

U.S., India at odds over trade as Trump heads for encounter with Modi: U.S. officials

SBF chief exec retiring after a decade of service

Bank of England to buy 13.5 billion pounds of gilts next week