As the world’s most visited country prepares for a long-awaited economic reopening, hospitality businesses warn they are facing a labor shortfall.

Christophe Thieret, a co-manager of the Heintz Group, which owns hotels and restaurants around the riverside city of Metz. He is scrambling to fill as many as 30 jobs.Credit…Dmitry Kostyukov for The New York Times

PARIS — For six months, Christophe Thieret has been waiting for France’s grinding national lockdowns to be lifted so he can reopen his company’s restaurants and hotels in a picturesque corner of eastern France and recall the 150 employees who were furloughed months ago.

But when he asked them to return for a reopening in mid-May, he faced an unexpected headache: At least 30 said they wouldn’t be coming back, leaving him scrambling to hire new workers just as he needed to swing into action.

“When you close things for so long, people think twice about whether they want to stay,” said Mr. Thieret, a co-manager of the Heintz Group, which owns 11 hotels and three restaurants around the riverside city of Metz, near the border with Luxembourg.

Restaurants and hotels across the country are facing the same problem. After months on furlough, workers in droves are deciding not to return to jobs in the hospitality industry. It’s a particular concern in France, which typically tops the list of the world’s most visited countries.

A shortfall of perhaps as many as 100,000 restaurant and hotel workers, according to the industry’s biggest trade groups, is especially troubling because hundreds of thousands of people are looking for work after France’s worst recession in decades. Employers say it is becoming harder to lure job seekers to an industry whose future is more or less tethered to the vagaries of the coronavirus and the uncertainty of vaccine campaigns.

Help-wanted signs hang in restaurant and hotel windows around the country.

The missing manpower conundrum has emerged as thousands of hotels and restaurants that survived the crisis pivot toward trying to make up for an 80 percent plunge in business since last spring. The Covid-19 lockdowns have cost France’s tourism industry, a cornerstone of the economy, over 60 billion euros in lost revenue since last year.

“We know we’re going to have customers again this summer — that’s not the problem,” said Yann France, the owner of La Flambée, a restaurant in the popular northern seaside city of Deauville. “The concern is that we won’t have an adequate work force at a time when we need to make up for a huge loss in sales.” 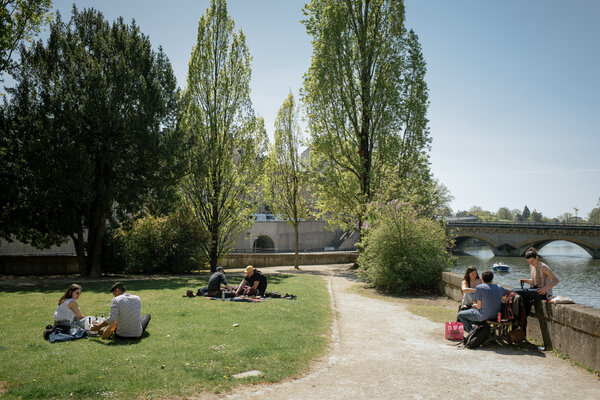 Some say the problem may not be so stark, since international visitors aren’t yet flocking back to France, and job seekers, including students who need work to help make ends meet, could eventually fill any shortfall.

But others say the precariousness of the businesses is the broader question.

“The bigger issue is the uncertainty over the industry’s future,” said Thierry Gregoire, the owner of NT Hotel Gallery group, which owns five hotels and three restaurants around Toulouse. “Will things stay open, or could there be another shutdown because of a new virus?”

FRANKFURT — On paper the European economy is snapping back smartly from the pandemic, growing more in the third quarter than it ever had. But images from Paris, Madrid and Frankfurt tell a different story. Cafes are rolling up their awnings, theaters are canceling performances, and it’s starting to look like March again on city […]

The energy price crisis is “a worry” for Britain’s car sector as it looks to attract companies to build batteries and electric vehicles in the future, the industry’s trade body has warned. Mike Hawes, chief executive of the Society of Motor Manufacturers and Traders (SMMT) said the volatility – though similar to that seen elsewhere […]

This is another News Portal > World News > Canada adds 46,200 jobs in December: ADP