Parts of Europe are easing lockdown restrictions – but in other parts of the world, the coronavirus pandemic continues to devastate populations. Brazil has become the second country to pass 400,000 COVID-19 deaths following the US, with 100,000 fatalities seen in a single month.

Loosening social restrictions and a slow vaccination programme have contributed to a surge in infections that has pushed the country’s health system to the brink.

Less than 6% of Brazilians have been fully vaccinated against COVID-19, according to Our World in Data.

President Jair Bolsonaro is being investigated by a Senate panel over his handling of the crisis.

He has said he will be the last to get a vaccine and he has attacked mayors and governors who enforce restrictions to fight the virus. 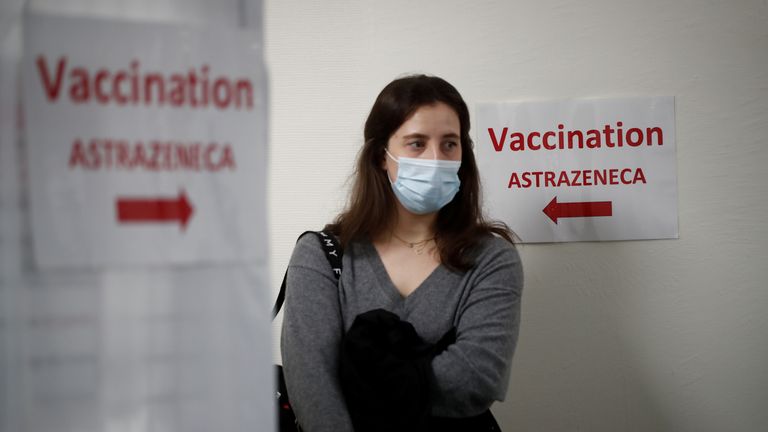 France will reopen restaurant and cafe terraces from 19 May – along with museums, cinemas, theatres, and concert halls under certain conditions. A ban on domestic travel will be lifted next week but a curfew will remain.

The easing of lockdown rules comes despite numbers of infections and hospitalisations – 26,538 new cases were reported on Thursday.

French health officials said they had detected the first three cases of the Indian B.1.617 variant in the country. All of those infected had travelled to India. New York City is aiming to fully reopen on 1 July after what its mayor described as satisfactory progress on vaccinations among more than eight million residents.

Across the US, Americans are being offered free beer, cannabis, doughnuts, saving bonds, a chance to win a vehicle – all to encourage them to get vaccinated.

Nationally, 82% of people over 65 and more than half of all adults have received at least one dose of vaccine, but the number of people being vaccinated daily has fallen from an average of 3.2 million in mid-April to 2.5 million last week. Most of Portugal will move to the final phase of its lockdown easing from May, and the border with Spain will reopen for travel after a three-month closure.

Portugal imposed a strict lockdown in January as cases surged and the hospital system came close to collapse.

Restrictions were eased from mid-March and schools, restaurants, cafes, shopping malls, museums, and other non-essential services have reopened with strict rules to prevent a resurgence. 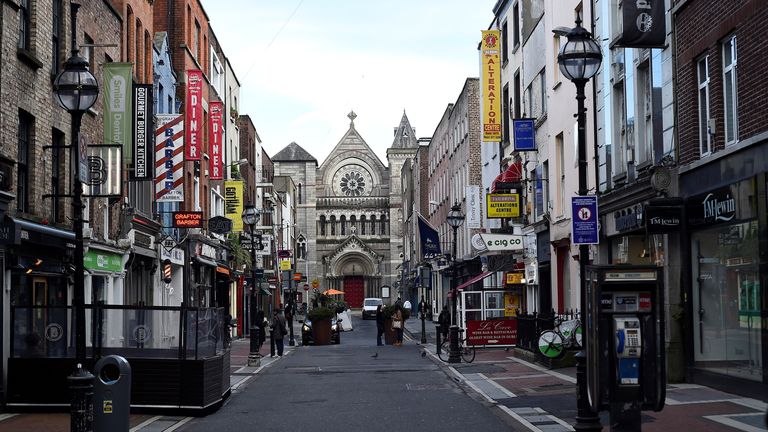 Ireland will reopen all retail stores, personal services and non-residential construction next month and hotels, restaurants and bars will open earlier than expected in early June.

A plan for the return of international travel should be agreed by the end of May 0 and a decision on indoor hospitality and mass gatherings will be made at the end of June.

Ireland’s unemployment rate was 24.2% at the end of March, with 403,000 people on temporary coronavirus-related jobless benefits – up from 206,000 last September. A third wave of the pandemic seems to have peaked, with a record number of vaccinations likely to turn the tide, health officials have said.

Nearly 1.1 million people were vaccinated on Wednesday – more than 1% of the population, and more than on any other day so far.

But hospitals remain overloaded despite the number of cases per 100,000 falling on Thursday for the third consecutive day to 155 – its lowest level in two weeks.

The justice ministry has suggested exempting vaccinated people or those who have recovered from COVID-19 from restrictions. The number of coronavirus infections passed 18 million on Thursday after another day of record-setting figures – there were 379,257 new cases and 3,645 new deaths.

Gravediggers are working around the clock to bury victims and hundreds of bodies are also being cremated in makeshift pyres and car parks. The misery in India is prompting people in neighbouring Pakistan to rush to vaccination centres.

Previously, many Pakistanis had avoided registering for the free COVID-19 vaccines since the government started offering them in March.

But more than 100,000 doses were administered on Thursday for a second consecutive day, with the country’s minister for planning and development Asad Umar saying the new interest was encouraging.

Pakistan on Thursday reported 151 virus-related deaths in 24 hours, one of the country’s highest daily tolls.

As Grenell moves to spy post, Trump looks for new ambassador to Germany

WASHINGTON (Reuters) – President Donald Trump said on Sunday he is looking for a new ambassador to Germany after tapping current diplomat Richard Grenell to serve as acting U.S. intelligence chief. “I’ll be appointing an ambassador to Germany,” Trump told reporters at the White House before departing on a trip to India. A senior administration […]

Uniqlo founder Yanai resigns as SoftBank board member after 18 years

By Sam Nussey TOKYO (Reuters) – Japan’s SoftBank Group Corp <9984.T> said Tadashi Yanai, founder and CEO of Uniqlo parent Fast Retailing <9983.T>, will resign as independent board member at the end of the month after 18 years on the job to focus on his fashion business. A longtime ally and sometime critic of SoftBank […]

At least 28 firefighters and eight engines have been sent to tackle the fires, but immediate cause remains unclear. Fires were burning both inside and outside the overcrowded Moria camp on the Greek island of Lesbos in the early hours of Wednesday, forcing hundreds of refugees and asylum seekers to flee, according to the fire […]