Sir Keir Starmer appeared on ITV’s Peston and was interviewed about the Tory sleaze row which has engulfed Downing Street this week. When asked about his performance in the House of Commons during Prime Minister’s Questions on Wednesday, Sir Keir admitted he tried to set up Boris Johnson. During PMQs, Sir Keir repeatedly asked Mr Johnson if he made the “bodies piled high” comments as reported by the Daily Mail to which the Prime Minister denied, and is now on official record as saying so in the Commons. This could become a huge issue for Mr Johnson if he is later found to have made the remarks, as he would have misled Parliament, by denying making them.

Speaking to ITV’s Robert Peston, the Labour leader discussed the issue of Downing Street refurbishment funding and remarks Mr Johnson allegedly made against a third lockdown.

He told the show: “I was very careful in the questions I put to Boris Johnson today and deliberately so.

“Because somebody here isn’t telling the truth, that’s obvious they can’t both be right.

“The prime minister can’t say he didn’t say it and then there are a number of sources who say that he did say it.” 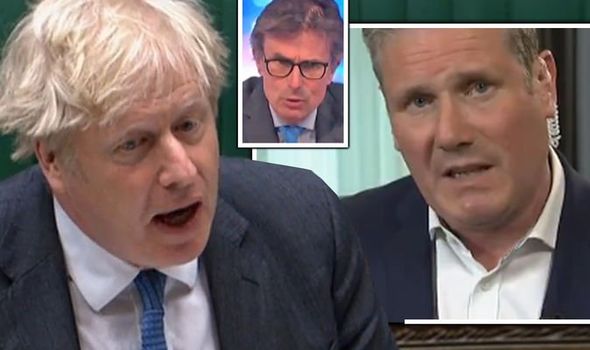 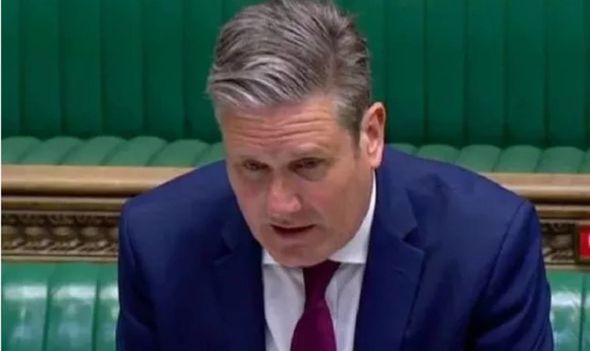 Mr Peston then asked whether Sir Keir believed if Mr Johnson should resign if he is found to have misled parliament.

It comes as the Electoral Commission announced it would be investigating the source of the Downing Street renovation funds as Mr Johnson and ministers insist it came from the PM’s own pocket.

Labour has continually pushed for the Conservatives to come clean over the origins of the money and have called for more transparency regarding Tory donors. 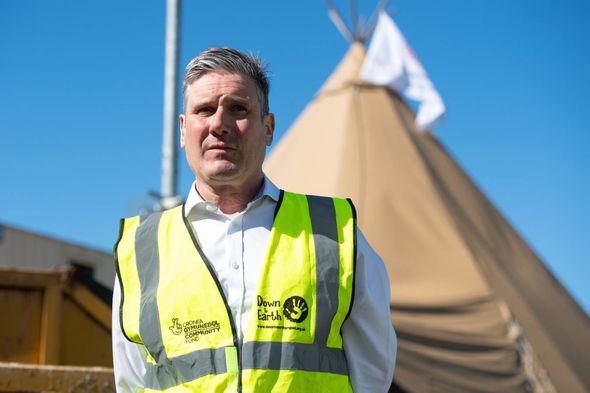 Electoral rules state that any party donation that is more than £7,500 must be reported to the Electoral Commission who will then choose whether to investigate the donation for bribery or corruption.

In response, the prime minister angrily attacked Labour for focusing on “wallpaper” rather than the big issues in the country.

Political commentators remarked it was one of the few times they saw Mr Johnson genuinely angry after his outburst in the Commons.

Speaker Sir Lindsay Hoyle was forced to intervene on several occasions as MPs could be heard heckling during the clash. 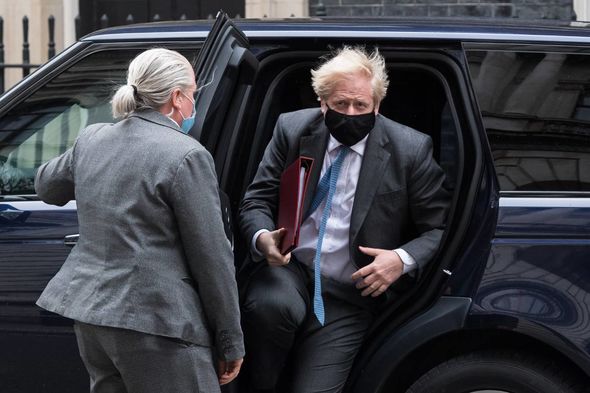 Ms Kunessberg was making a thinly-veiled point about Mr Johnson in the Commons.

The minister criticised the journalist for bringing up unrelated issues to a Covid briefing and quickly moved on without answering her question.

But viewers and fellow journalists were outraged when Mr Hancock chose to not answer the question and accused the Tory frontbencher of avoiding scrutiny.

When you subscribe we will use the information you provide to send you these newsletters.Sometimes they’ll include recommendations for other related newsletters or services we offer.Our Privacy Notice explains more about how we use your data, and your rights.You can unsubscribe at any time. The former No10 adviser has told MPs of an agreement made […]

Covid 19 coronavirus: Jacinda Ardern says 86 per cent of frontline workers have had at least one jab, state memorial service for Prince Philip announced

Prime Minister Jacinda Ardern says 86 per cent of frontline workers have received at least one Covid vaccination jab to date. Ardern faced tough questions at a media update this afternoon with Covid Response Minister Chris Hipkins in the wake of news that two new border-related cases hadn’t been vaccinated. More information about the vaccine […]

Brexit: June Mummery calls on Boris Johnson to 'hold firm' A no deal Brexit is looking “very, very likely” according to Boris Johnson. Although the Prime Minister made this warning, trade deal talks are still ongoing until Sunday. James from Merthyr Tydfil in Wales called into LBC to explain why the UK Government should just […]

Trump promises made, kept and broken from his 2017 inaugural address