Brexit: Expert reveals ‘fear in Brussels at the moment’

It comes as sources close to the Prime Minister have confirmed that Britain will not wait any longer for the EU to sign its trade deal with the UK ahead of a major vote in the European Parliament on Tuesday to ratify it. The threat was issued as it was announced that the UK and Australia have agreed most of the terms of a major new trade deal with ministers openly stating that UK future prosperity now lies outside Europe. The agreement with Australia is also another step to Britain joining the Trans-Pacific Partnership, the world’s fastest-growing trade bloc, which in itself is expected to pave the way for free trade with the US.

The deal struck by international trade secretary Liz Truss – who has been dubbed “Brexit superwoman” by colleagues – and her Australian counterpart Dan Tehan over a fish and chip supper will build on £18.8 billion trade between the two allies already.

In a joint statement both countries said they are confident that the remaining issues will be resolved, and will now enter a sprint to agree the outstanding details with the aim of reaching a deal in principle by June.

Ms Truss, said: “We have made major breakthroughs over the past few days and an agreement is now in sight. I want to thank Dan personally for the contribution he has made and for his desire to get this deal done.

“This is a deal that will deliver for Britain and all parts of our economy. It is a win-win for both nations. It is a fundamentally liberalising agreement that will support jobs across the country and help us emerge stronger from the pandemic, strengthening ties between two democracies who share a fierce belief in freedom, enterprise and fair play.

“We will spend the next few weeks ironing out details and resolving outstanding issues, with a view to reaching a deal by June.” 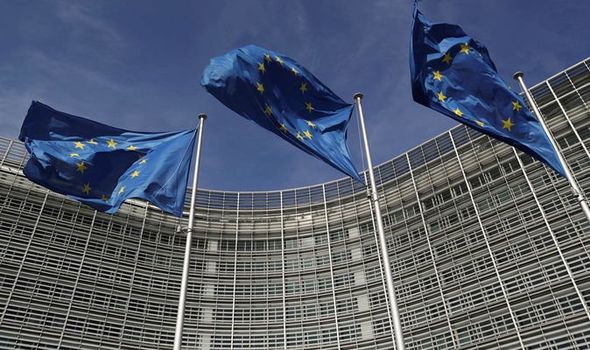 The deal is expected to restore freedom of movement for British citizens and Australians living and working between the two countries.

Both nations are committed to an ambitious timeline, with a view to reaching agreement in principle by June with an ambitious free trade agreement (FTA) estimated to increase UK exports to Australia by up to £900 million in the short term.

The UK government believes that it could increase UK GDP by £500 million and UK workers’ wages by £400 million.

Trade negotiators from the UK and Australia held the first round of negotiations for a UK-Australia Free Trade Agreement (FTA) between 29 June and 10 July 2020. Since then, they have held 170 negotiating sessions.

The two ministers and negotiating teams dined on Vietnamese on Thursday and fish and chips on Friday as they pushed hard to sort out the final major hurdles.

Ms Truss presented Minister Tehan with Emma Bridgewater mugs and a London Pottery Company tea pot as a gift to mark the occasion.

A senior government source said:  “This is a great win for Liz. She’s fought hard – but fair – for Britain’s interests this week. A deal is in touching distance. This is yet more evidence that we’re capable of thriving outside the EU.”

Meanwhile, the European Parliament is set to vote on the trade deal with the UK on Tuesday, almost three months after it came into effect when the transition period ended.

Britain allowed an extension to the end of April for the EU to ratify the future arrangements agreement but with Brussels being accused of trying to operate a mini trade war over shellfish, agricultural goods and Northern Ireland patience has run out for it to formally sign up. 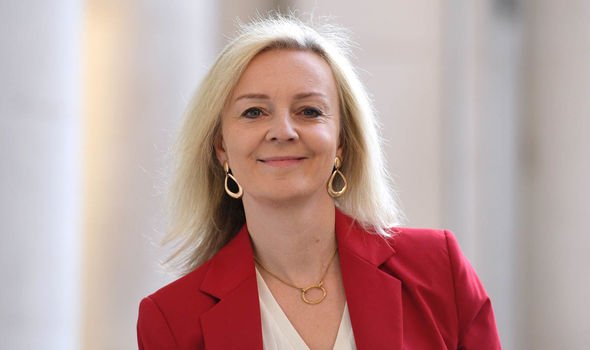 Privately Downing Street has told the EU that if it fails to agree the deal properly and come under its rules then they will revert to World Trade Organisation rules and the whole agreement will collapse.

A senior government source told the Sunday Express: “After a febrile few months it’s a relief that the EU seem to be completing their own internal processes. We’ve always been clear there could be no more delay and that we would not countenance another extension; we owe it to people and businesses in both the UK and EU to provide certainty.

“When the EU finally ratifies it means we can all move on and make a success of the brilliant and unprecedented trade deal we agreed before Christmas.”

A Government spokeswoman said: “Ratification will provide certainty to businesses and individuals in the UK and across Europe. We look forward to next week’s vote and moving on to the next stage of our relationship with the EU.”

OPINION National Leader Christopher Luxon has come out early with his election trump card. His tax cut package would cost around $3.5b a year, the largest single tax change in New Zealand history. In his announcement, Luxon tapped into the undeniable pain in the wallet families are feeling from inflation – driven by the price […]

Why The A.P. called Virginia for Biden when early results showed him behind Trump.

The race call seemed to fly in the face of the numbers. Why did The Associated Press declare that Joseph R. Biden Jr. had won Virginia, even though early results showed him trailing President Trump by double digits? The A.P. said it had made the call at 7:31 p.m. based on early returns, and its […]

Brexit: Britain to see ‘major boost to trade’ says John Longworth When you subscribe we will use the information you provide to send you these newsletters.Sometimes they’ll include recommendations for other related newsletters or services we offer.Our Privacy Notice explains more about how we use your data, and your rights.You can unsubscribe at any time. […]

Schoolgirl needed surgery after ’10 seconds of stupidity’ for TikTok trend