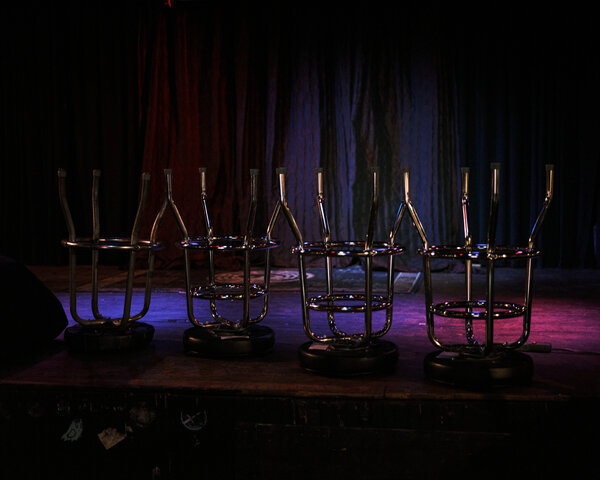 Music club operators, theater owners and others in the live-event market have been waiting nearly four months for a $16 billion federal grant fund for their industry to start taking applications. Their hopes were briefly raised two weeks ago, when the program’s application website opened — then dashed as a technical malfunction prevented the site from accepting any applications.

Now, the Small Business Administration, the agency that runs the program, plans to try again on Saturday.

The agency’s announcement late Thursday night of its timing for restarting the program was immediately met with a deluge of criticism. “People have weekend plans, need child care, have to pay overtime for weekends. This is SO inconsiderate,” one typical reply tweet said.

Because the money will be awarded on a first-come, first-serve basis — and is widely expected to run out fast — many applicants feel pressured to submit their paperwork as soon as the application system opens.

That will be a particular obstacle for Jewish business owners who observe the Sabbath, which prohibits them from using electronics on Saturdays before sundown. “I’m in shock,” said Dani Zoldan, the owner of Stand Up NY, a comedy club in Manhattan. “There are many Sabbath observers in the performing arts industry. How did they not think through this decision before making this announcement?”

Mr. Zoldan, who is Jewish, hopes the agency will reconsider its decision. He said he would wait until after sunset to submit his application. “It’s been a mess on so many levels. I feel like they’re torturing us,” he said.

The Small Business Administration has not yet said what time on Saturday it plans to open its application portal. The agency said it would provide further details on Friday.

SINGAPORE – Despite the Covid-19 pandemic and a recession, prices of private homes in Singapore picked up in the third quarter as Singapore entered phase two of its reopening after a nearly two-month-long circuit breaker. The overall price index for private residential properties rose by 0.8 per cent, faster than the 0.3 per cent rise […]

BEIJING (BLOOMBERG) – Jack Ma’s under-seige Ant Group is planning to fold its financial operations into a holding company that could be regulated more like a bank, according to people familiar with the situation, potentially crippling the growth of its most-profitable units. The fintech giant is planning to move any unit that would require a financial […]

NEW YORK (Reuters) – Three of 10 Americans who lost work during the coronavirus pandemic said they may have trouble paying for food or housing after a $600-per-week enhanced unemployment payment expired last month, according to a Reuters/Ipsos poll released on Wednesday. The poll conducted Monday and Tuesday found that Americans divide blame for its […]

Next victim of chip shortage will be your home internet router

Donald Trump 2024: Signs of a comeback bid for the presidency