The author of a book called ‘Woke Inc’ erupted on Fox News earlier following news of a US father pulling his daughter out of an elite private girls school in New York city which he claimed was “indoctrinating” his child through its ‘woke’ curriculum in a ferocious letter to the school leaders. Author Vivek Ramaswamy launched into a tirade following the letter and attacked growing ‘wokeness’ that is “infecting schools”. In the letter, the father compared the growing ‘woke’ culture to the communist Chinese Cultural Revolution.

Mr Ramaswamy said: “Diversity is a good thing when it’s about the diversity of thought.

“But today what’s happening, especially in our schools, is we have taken this notion in the name of diversity – we have sacrificed true diversity itself.”

He explained: “We have also sacrificed the idea of excellence and when we have gotten rid of excellence, I think our schools are going down the tubes.”

And then in a phenomenal attack on ‘woke culture,’ the author said: “Woke culture used to be about challenging the system, and that was ok maybe 20 years ago.” 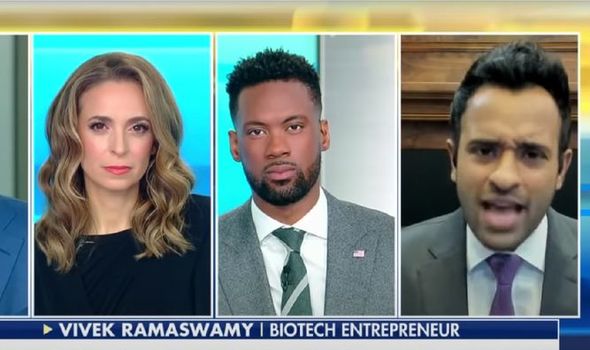 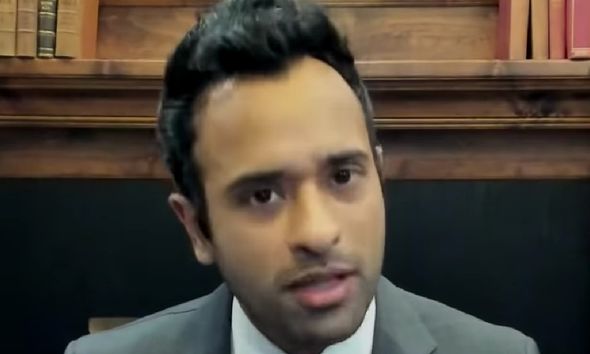 He added: “But today it has become the new system.

The author furiously added: “And in my opinion what we are seeing from a lot of these schools is actually down right illegal!”

Mr Ramaswamy went on to call on more parents to “stand their ground” on growing ‘woke culture’ in schools. 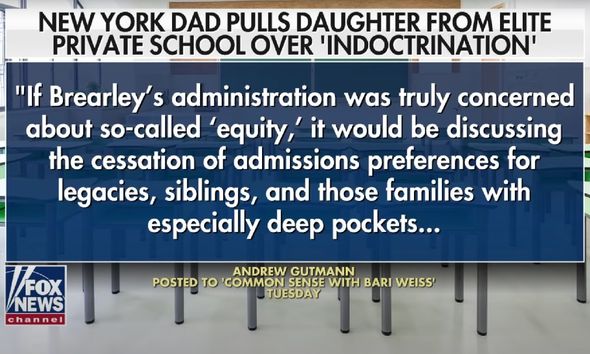 The furious comments come as a US father pulled his daughter out of the elite, private all-girls Brearley school in New York City after he branded the educational establishment as “indoctrinating” his daughter.

In a furious letter, the father wrote: ‘If Brearley’s administration was truly concerned about so-called ‘equity’ it would be discussing the cessation of admissions, preferences for legacies, siblings and those families with, especially deep pockets.

Then in a ferocious attack on the school, the letter continued by delivering a scathing comparison.

It continued: ‘If the administration was genuinely serious about ‘diversity, it would not insist on the indoctrination of its students, and their families, to a single mindset, most reminiscent of the Chinese Cultural Revolution.’ 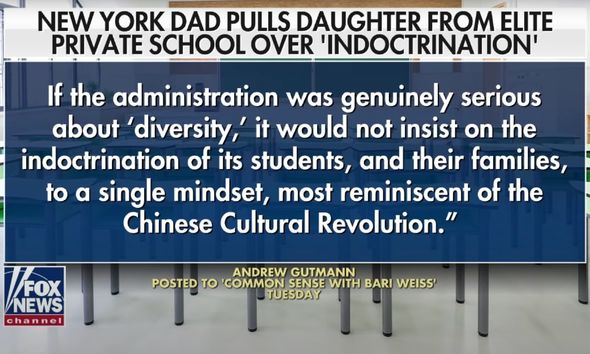 The letter has now gone viral across the United States.

It has appeared in multiple forums and across social media platforms.

Earlier one Fox news host said: “It’s one heck of a letter.”

Recently, the head of another nearby private school in New York resigned after a backlash from parents who said the school had an “obsessive focus on race and identity”.

Don’t miss a thing by getting the Daily Star’s biggest headlines straight to your inbox! The Miss France beauty queen competition is being sued by three angry rejects who say that they should have made the cut. The Osez le feminisme ('Dare to be a Feminist') group, along with the three failed contestants, are bringing […]

Ukraine: Captured Russian soldier talks to security service We use your sign-up to provide content in ways you’ve consented to and to improve our understanding of you. This may include adverts from us and 3rd parties based on our understanding. You can unsubscribe at any time. More info While the international response to the new […]

‘Big Dog’ and the ‘omnipotent sheikh’ – how Qatar saved Barclays

By Kirstin Ridley and Lawrence White LONDON (Reuters) – When Roger Jenkins was asked to help Barclays avoid a state bailout at the height of the financial crisis in 2008, he was expecting a bonus not a prosecution for his efforts. More than a decade later, Jenkins and former Barclays colleagues Richard Boath and Tom […]