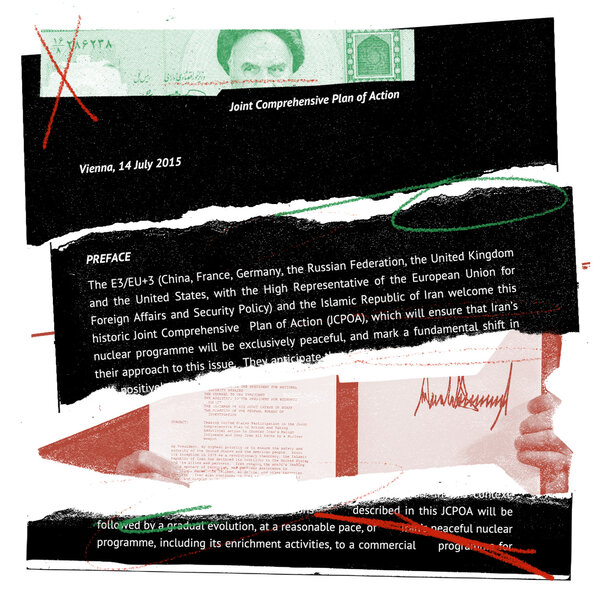 Re ‘Maximum Pressure’ on Iran Has Failed” (editorial, April 10):

The editorial argues that the sanctions targeting terrorist entities and their funding streams should be lifted, and Iran should go unpunished for its slaughter and terrorism. On the contrary: more pressure is needed, not less.

The architects of the Iran nuclear deal in the Obama administration made a serious mistake in 2015 when they pushed through an agreement without the support of members of both parties in Congress, Arab states and Israel. A result — providing upfront sanctions relief while establishing a clear pathway for an Iranian nuclear weapon — harmed our national security, fueled regional conflict, emboldened the regime’s dangerous adventurism and sowed doubt about U.S. reliability among our allies.

President Biden can use the leverage resulting from economic sanctions in conjunction with a broad and united coalition of members of Congress and allies to push for a comprehensive and durable agreement with Iran that accounts for our allies’ concerns and elicits meaningful concessions from the regime. Now is not the time to change course, until Iran does.

Joseph I. Lieberman
Mark D. Wallace
The writers are, respectively, chairman and chief executive of United Against Nuclear Iran.

Re “Stay or Go? Storms Were a Tipping Point for Many Hondurans” (front page, April 7):

Honduras, where I, too, was born and grew up, indeed appears doomed. Back-to-back hurricanes have confirmed what many already knew: If you aren’t born rich, there is little to no opportunity. Climate change, poverty and endemic corruption all push families to migrate.

The Biden administration has proposed spending $4 billion to address the root causes of migration. This will surely be money wasted if funneled through the Honduran government, whose drug trafficking links seem hard to deny. American policy should focus on more local, sustainable solutions.

Agriculture employs almost a third of the population — often through farmer cooperatives — and has the greatest potential to reduce poverty. Yet these businesses suffer from chronic underinvestment. With just a portion of the administration’s proposed financing, these businesses could improve the livelihoods of millions and reduce migration pressures.

Rule of law and anti-corruption efforts are also critical, but should not delay the provision of urgently needed economic aid. Families like those highlighted in this article can’t wait decades for governance reforms to bear fruit. They need solutions today.

Ana Zacapa
San Francisco
The writer is board chair of Root Capital, a nonprofit working to transform rural communities in Latin America and Africa.

Lovely idea for Lincoln Center to go “green,” and become a welcome outdoor spot for performances and relaxation. Grassy slopes are quite wonderful, but chairs for senior knees are also terribly appealing!

Jane Seskin
New York
The writer is the author of “Older, Wiser, Shorter.”

The woman attacked and killed by an alligator in a gated community along the South Carolina coast was visiting the homeowner to do her nails and was trying to touch the animal when it grabbed her, authorities said. After briefly getting away from the alligator Friday, the woman stood in waist deep water in the […]

Opinion | A Supreme Court Fight Might Be Exactly What America Needs

In the brief window between the death of Ruth Bader Ginsburg and the announcements from Republicans like Mitt Romney and Cory Gardner that they would consider a replacement before the November election, several writers floated a grand bargain, in which Republican and Democratic senators would agree to de-escalate, trading a G.O.P. promise not to confirm […]

An anxious quiet settled on New York City like a blanket of fog. Voters lined up with solemn faces outside polling sites on Tuesday, stoic against a cold wind. Trump Tower stood lifeless and sterile, protected by a row of large Police Department dump trucks and police officers in riot gear. Pedestrians, their facial expressions […]