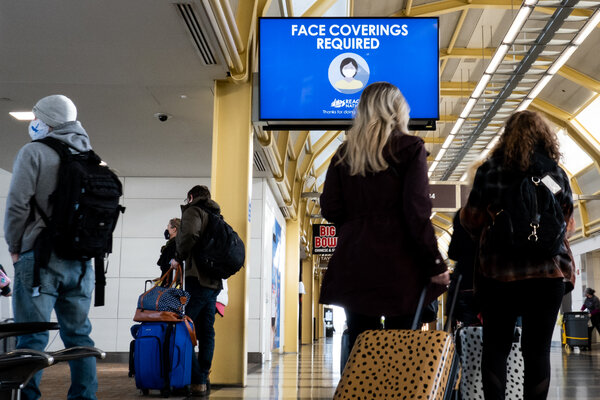 The travel industry on Friday applauded new guidance from the Centers for Disease Control and Prevention that said Americans who are fully vaccinated against Covid-19 could travel at low risk to themselves as likely to help ailing businesses and encourage more Americans to board flights, cruises, buses and trains.

“The C.D.C.’s new travel guidance is a major step in the right direction that is supported by the science and will take the brakes off the industry that has been hardest hit by the fallout of Covid by far,” Roger Dow, the chief executive of U.S. Travel, an industry group, said in a statement. “As travel comes back, U.S. jobs come back.”

But while the news may be a boon to the industry, its concerns are far from over.

Most airlines, hotels and tourist destinations have suffered mounting losses for more than a year as Americans largely stayed home. Travel is beginning to recover, but many of these businesses won’t see meaningful profits for months, at least.

More generally, the pandemic has also shown businesses large and small that their employees can often be just as productive working remotely as in face-to-face meetings. As a result, the airline and hotel industries expect it will be years before lucrative corporate travel returns to pre-pandemic levels, leaving a gaping hole in revenues.

And while leisure travel within the United States may be recovering steadily, airlines expect it will still take until 2023 or 2024 for passenger volumes to return to 2019 levels, according to Airlines for America, a trade association and lobbying group. The industry lost more than $35 billion last year and continues to lose tens of millions of dollars by the day, the group said.

“U.S. airlines share the administration’s commitment to restoring service in a manner that prioritizes the safety and well-being of passengers and employees, and we are encouraged that science continues to confirm there is a very low risk of virus transmission within the air travel environment,” Airlines for America said in a statement.

Still, a rebound appears to be underway. On Thursday, the Transportation Security Administration reported more than 1.5 million travelers going through security checkpoints at airports, with the number of travelers increasing since early-to-mid March.

While that is a significant increase compared with 124,000 travelers a year ago, it is still 35 percent less than it was in 2019.

Many airlines have added flights to the beach and mountain destinations that have been popular throughout the pandemic. This week, Delta Air Lines also said it would start selling middle seats again, United Airlines said it would resume pilot hiring after freezing it last year and Frontier Airlines launched an initial public offering.

Trump open to big oil tariffs, but doesn’t expect to need them

WASHINGTON (Reuters) – U.S. President Donald Trump said on Sunday he could slap “very substantial tariffs” on oil imports if prices stay low, but does not expect he will need to, since neither Russia nor Saudi Arabia, which are locked in an oil price war, would benefit from continued low prices. When asked at a […]

WASHINGTON (Reuters) – U.S. President Donald Trump on Friday signed an emergency spending bill for $8.3 billion to ramp up the nation’s response to the coronavirus, providing funds for state and local officials to combat the spread of infections as the number of cases grows in the United States. The funding measure includes over $3 […]

(Reuters) – Treasury Secretary Steven Mnuchin said he is considering a government lending program for U.S. oil companies looking for federal aid as they cope with a devastating plunge in prices, Bloomberg News reported on Thursday. Oil prices have crashed as demand has shrunk due to lockdowns during the coronavirus pandemic. “One of the components […]