A fleet of 220 Chinese vessels were seen anchored at the Whitsun Reef on March 7 amid rising tensions in the region. A complaint was sent to China on March 22, addressing the “swarming and threatening presence” of the Chinese vessels and demanding that they be removed immediately.

“Their swarming and threatening presence creates an atmosphere of instability.”

The Chinese embassy in Manila rejected the allegations, claiming the vessels were merely taking shelter from rough seas.

In a statement, they wrote: “There is no Chinese maritime militia as alleged. 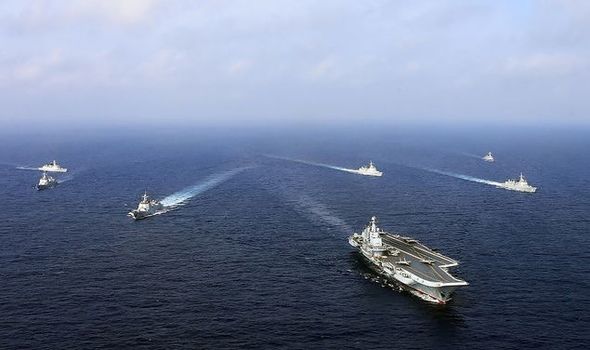 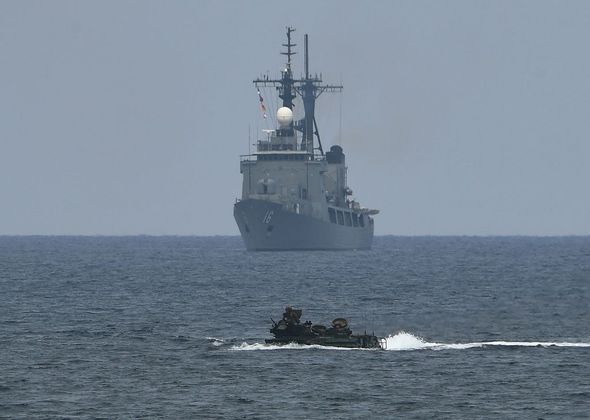 “Any speculation as such helps nothing but causes unnecessary irritation.”

Hua Chunying, a spokesman for China’s Foreign Ministry, added that the Whitsun Reef was a part of the Spratly Islands over which China has claimed sovereignty.

Mr Hua said: “Recently, due to the sea conditions, some Chinese fishing boats have taken shelter from the wind near the Whitsun Reef.

“I think it is very normal and hope all parties can look at it rationally.” 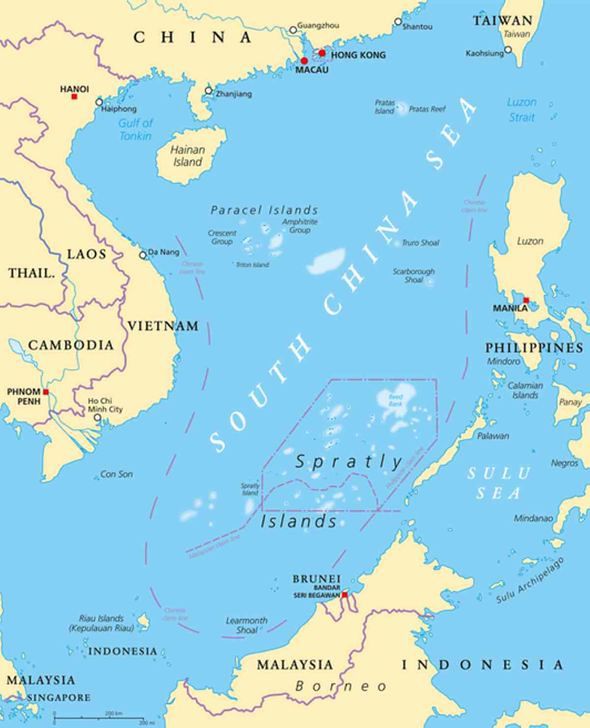 Delfin Lorenzana, Philippine’s Defence Secretary called the presence of the Chinese fleet a “clear provocative action of militarising the area.”

He added: “The continued deployment, lingering presence and activities of Chinese vessels infringe upon Philippine sovereignty.

“Their swarming and threatening presence creates an atmosphere of instability and is a blatant disregard of the commitment of China to promote peace and stability in the region.”

Mr Lorenzana added that the vessels were within the Philippine Exclusive Economic Zone (EEZ) within which the Philippines have exclusive rights to mine resources. 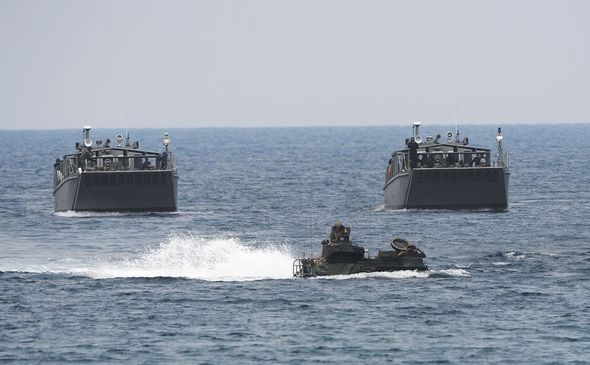 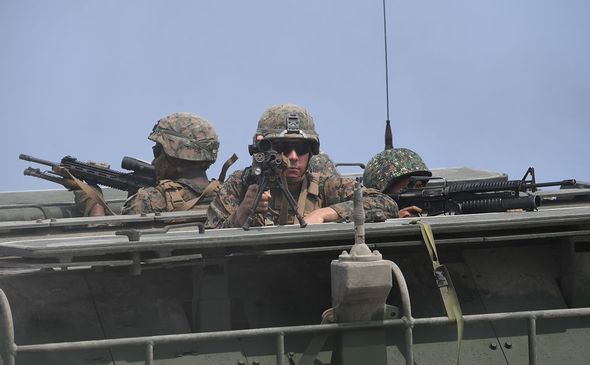 Disputes have been going on for years as many nations in the region have laid claim to some of the smaller, resource-rich, island chains.

China has claimed over 90% of the South China Sea, which has led to political tensions with the Philippines, Brunei, Malaysia, Vietnam and Taiwan.

By Francesco Guarascio BRUSSELS (Reuters) – Euro zone economic sentiment jumped as confidence among manufacturers rose while unemployment was at its lowest level in more than a decade, data showed on Thursday, but the mood may quickly turn sour as fears over the coronavirus epidemic mount. A European Commission’s monthly survey said economic sentiment in […]

(Reuters) – The U.S. Federal Aviation Administration (FAA) said on Friday it has begun a probe following an in-flight incident involving an older 737 aircraft manufactured by Boeing Co <BA.N> and flown by Southwest Airlines <LUV.N>. The FAA said the aircraft was en route to Boise, Idaho, from Las Vegas on Monday and experienced a […]

By Elizabeth Dilts Marshall NEW YORK (Reuters) – Morgan Stanley <MS.N> is asking people attending its technology, media and telecom conference in San Francisco next week to report if they had visited several countries with reported coronavirus cases in recent weeks. A bank spokesman said attendees have been asked to confirm online before the March […]

Bar offering people free drinks when they get their coronavirus vaccines

This is another News Portal > Business > Company briefs: Grab