Hundreds of people have been rescued and around 18,000 evacuated as record rain brought more extreme flooding to Australia’s east coast.

Emergency services fear up to 54,000 people could be displaced, with rain forecast to continue until Wednesday. 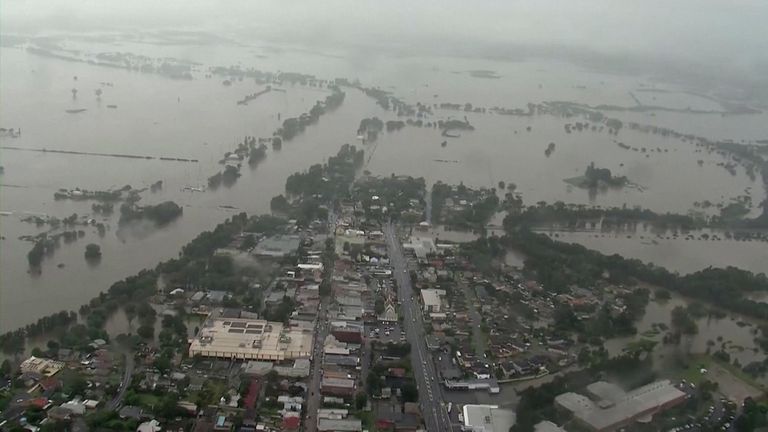 “We are grateful at this point that no lives have been lost so far,” Mr Morrison said. “But weakened foundations for buildings, for roads and trees, they all create risk, as do downed power lines and rising water levels.”

A year ago, vast swathes of the state were hit by unprecedented wildfires, but now some of the same areas are experiencing levels of rain only seen every 50 to 100 years. 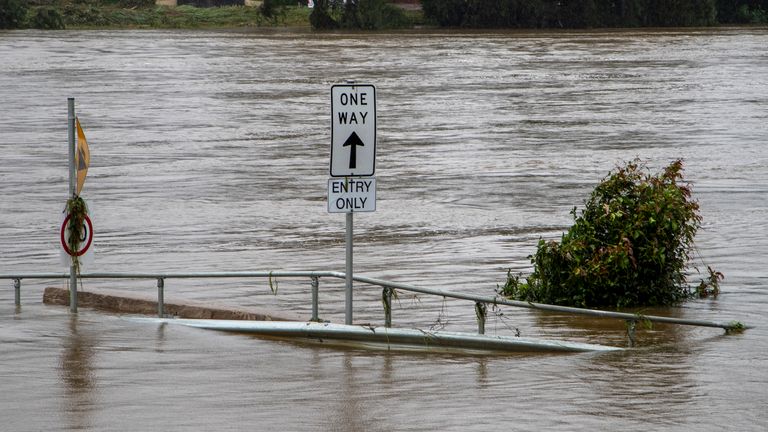 New South Wales premier Gladys Berejiklian said up to 38 parts of the state had been declared natural disaster areas.

“I don’t know any time in our state’s history where we have had these extreme weather conditions in such quick succession in the middle of a pandemic,” Ms Berejiklian said. “So, they are challenging times for New South Wales.” “I’ve been a flood forecaster with the bureau for 20 years and this is probably the worst flooding that I’ve experienced,” Mr Robinson said.

Thousands of people have been affected with 40 flood warnings and 20 evacuation orders along the state’s mid north coast, and in western Sydney. Houses had been submerged and destroyed while several communities have lost power.

Heavy rain will remain a serious risk into Tuesday, with communities in these areas facing the worst flooding conditions since 1929.

On Monday, emergency services rescued around 20 dogs from rising floodwaters in northwest Sydney. 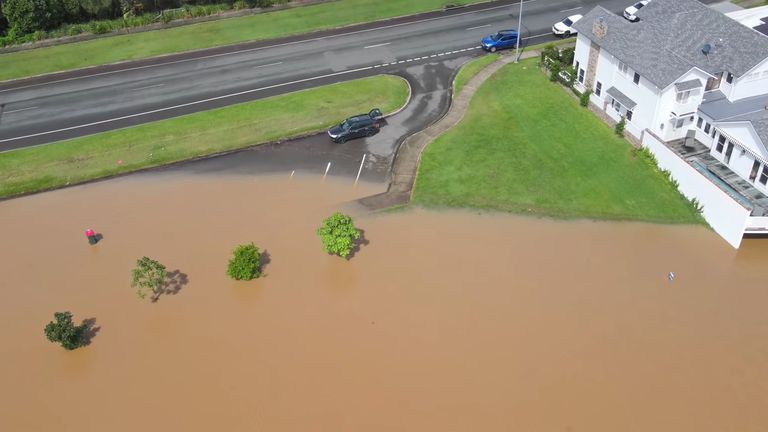 The owners had left with several dogs when told to evacuate but had to call on New South Wales State Emergency Service (SES) to help with moving the remainder of their pets.

The dogs, Belgian Malinois and German Shepherds, were placed into animal carriers and then onto inflatable boats before being ferried over floodwater to safety.

“As long as all the animals and our staff are all okay, that’s really all we care about and everything else is replaceable,” the dogs’ owner Sharon told Reuters. Most of the coastal areas in New South Wales, which is home to about a third of Australia’s 25 million people, had already seen record rainfall for March by the time the downpours hit.

Sydney on Sunday recorded the wettest day of the year with almost 11.1cm (4.4in) of rain, while some areas in the north of the state had nearly 90cm (35.4in) of rain in the last six days, more than three times the March average, government data showed.

In recent years, climate change has been cited as a likely reason for a growing number of extreme weather events hitting the country.

We will use your email address only for sending you newsletters. Please see our Privacy Notice for details of your data protection rights. And Ray Bassett, Ireland’s former ambassador to Canada, Jamaica and the Bahamas, tipped Republican hardliners Sinn Fein, led by Mary Lou McDonald, to form the next administration after this one. An historic […]

(Reuters) – Standard Chartered <STAN.L> said on Monday it had agreed with Indonesian conglomerate PT Astra International <ASII.JK> to sell their stake in Indonesia’s PT Bank Permata <BNLI.JK> to lender Bangkok Bank PCL <BBL.BK> at a reduced price. The three companies agreed to a purchase price that values Permata at 1.63 times its book value […]

Vladimir Putin has given a stark warning to anyone who threatens to provoke Russia, saying they will 'come to regret it'. The Russian President said those responsible for threats will “regret their actions like they have never regretted anything before," in a speech to politicians and state officials on Wednesday. During his annual address, he […]

ECB’s emergency scheme comes at right time, key to use all tools: Holzmann